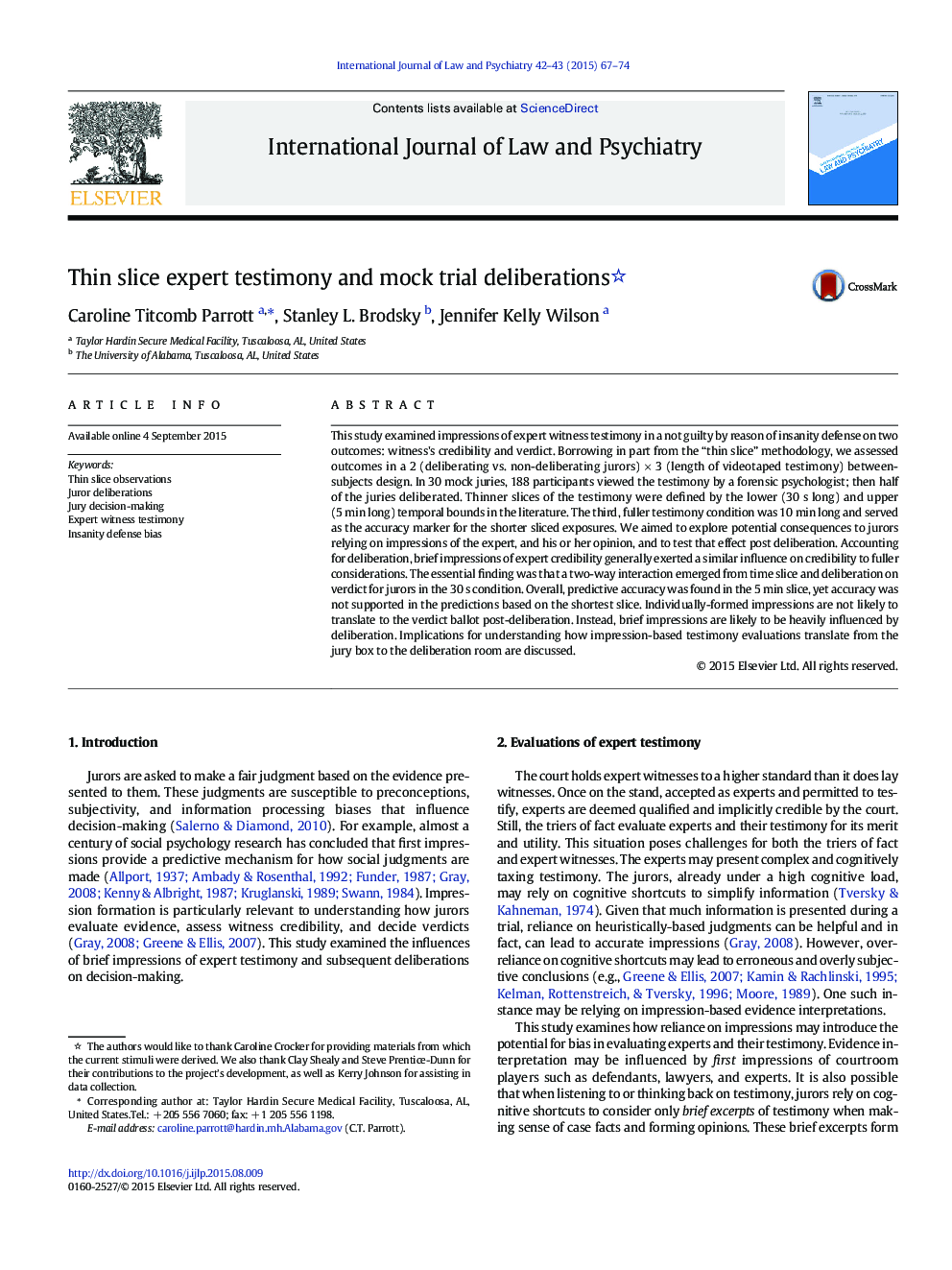 This study examined impressions of expert witness testimony in a not guilty by reason of insanity defense on two outcomes: witness's credibility and verdict. Borrowing in part from the “thin slice” methodology, we assessed outcomes in a 2 (deliberating vs. non-deliberating jurors) × 3 (length of videotaped testimony) between-subjects design. In 30 mock juries, 188 participants viewed the testimony by a forensic psychologist; then half of the juries deliberated. Thinner slices of the testimony were defined by the lower (30 s long) and upper (5 min long) temporal bounds in the literature. The third, fuller testimony condition was 10 min long and served as the accuracy marker for the shorter sliced exposures. We aimed to explore potential consequences to jurors relying on impressions of the expert, and his or her opinion, and to test that effect post deliberation. Accounting for deliberation, brief impressions of expert credibility generally exerted a similar influence on credibility to fuller considerations. The essential finding was that a two-way interaction emerged from time slice and deliberation on verdict for jurors in the 30 s condition. Overall, predictive accuracy was found in the 5 min slice, yet accuracy was not supported in the predictions based on the shortest slice. Individually-formed impressions are not likely to translate to the verdict ballot post-deliberation. Instead, brief impressions are likely to be heavily influenced by deliberation. Implications for understanding how impression-based testimony evaluations translate from the jury box to the deliberation room are discussed.