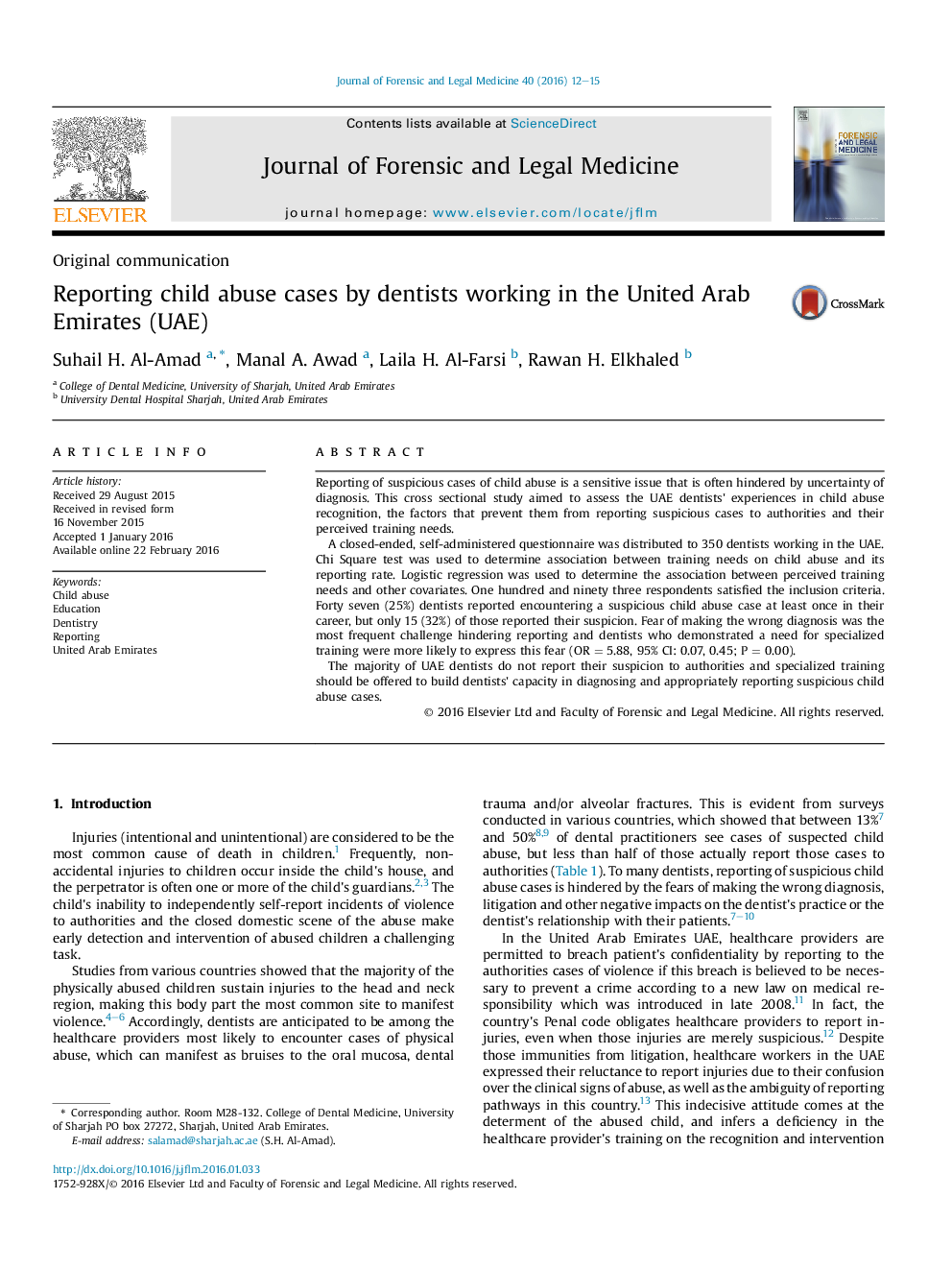 • We surveyed dentists in the UAE for their experiences with cases of child abuse.
• Twenty five percent of dentists encountered a case suspicious of child abuse.
• The majority however did not report their suspicion to authorities.
• Fear of making the wrong diagnosis was the most common reason for not reporting.
• Training is needed to build dentists' capacity to diagnose and report child abuse.

Reporting of suspicious cases of child abuse is a sensitive issue that is often hindered by uncertainty of diagnosis. This cross sectional study aimed to assess the UAE dentists' experiences in child abuse recognition, the factors that prevent them from reporting suspicious cases to authorities and their perceived training needs.A closed-ended, self-administered questionnaire was distributed to 350 dentists working in the UAE. Chi Square test was used to determine association between training needs on child abuse and its reporting rate. Logistic regression was used to determine the association between perceived training needs and other covariates. One hundred and ninety three respondents satisfied the inclusion criteria. Forty seven (25%) dentists reported encountering a suspicious child abuse case at least once in their career, but only 15 (32%) of those reported their suspicion. Fear of making the wrong diagnosis was the most frequent challenge hindering reporting and dentists who demonstrated a need for specialized training were more likely to express this fear (OR = 5.88, 95% CI: 0.07, 0.45; P = 0.00).The majority of UAE dentists do not report their suspicion to authorities and specialized training should be offered to build dentists' capacity in diagnosing and appropriately reporting suspicious child abuse cases.