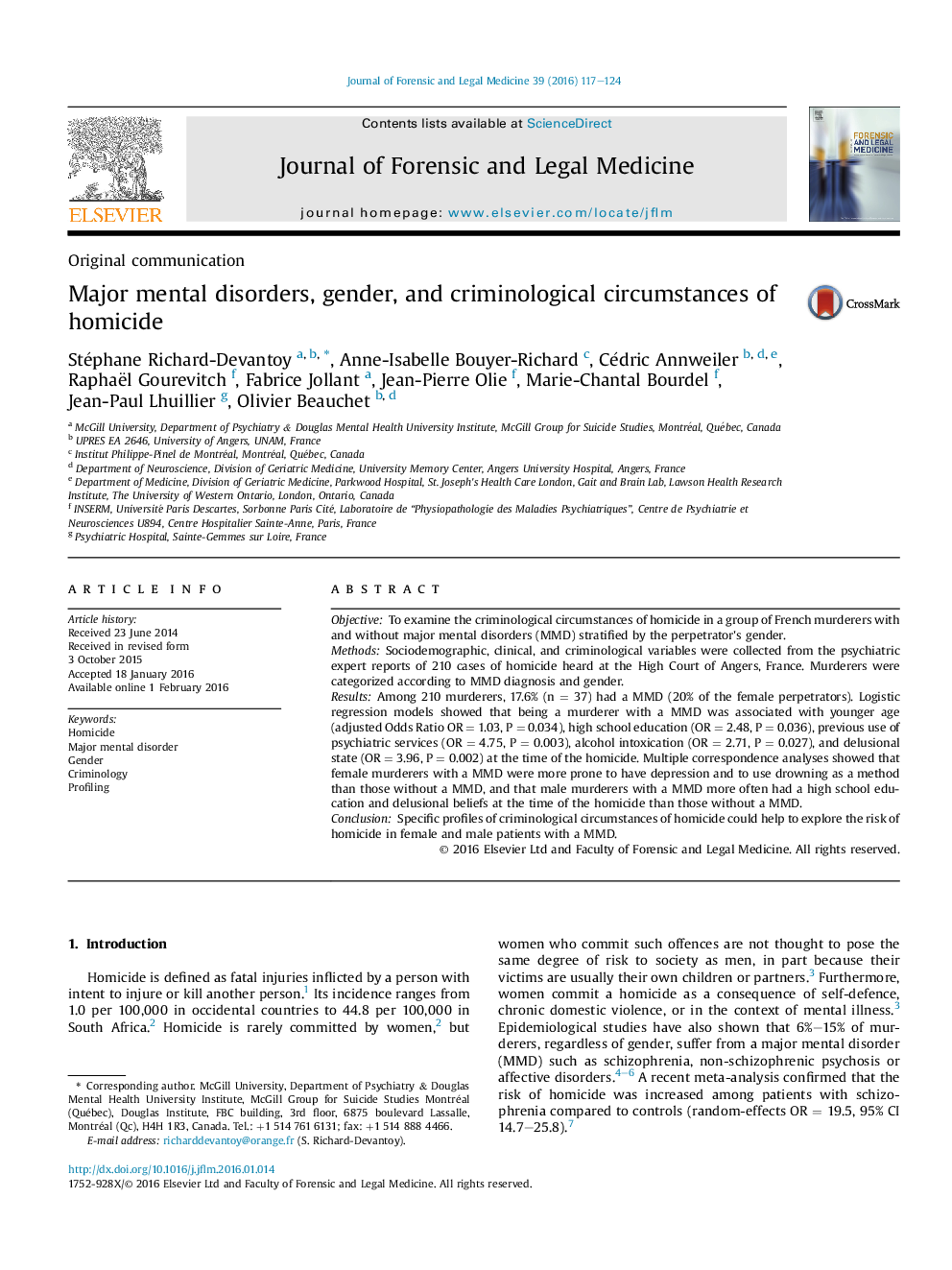 ObjectiveTo examine the criminological circumstances of homicide in a group of French murderers with and without major mental disorders (MMD) stratified by the perpetrator's gender.MethodsSociodemographic, clinical, and criminological variables were collected from the psychiatric expert reports of 210 cases of homicide heard at the High Court of Angers, France. Murderers were categorized according to MMD diagnosis and gender.ResultsAmong 210 murderers, 17.6% (n = 37) had a MMD (20% of the female perpetrators). Logistic regression models showed that being a murderer with a MMD was associated with younger age (adjusted Odds Ratio OR = 1.03, P = 0.034), high school education (OR = 2.48, P = 0.036), previous use of psychiatric services (OR = 4.75, P = 0.003), alcohol intoxication (OR = 2.71, P = 0.027), and delusional state (OR = 3.96, P = 0.002) at the time of the homicide. Multiple correspondence analyses showed that female murderers with a MMD were more prone to have depression and to use drowning as a method than those without a MMD, and that male murderers with a MMD more often had a high school education and delusional beliefs at the time of the homicide than those without a MMD.ConclusionSpecific profiles of criminological circumstances of homicide could help to explore the risk of homicide in female and male patients with a MMD.