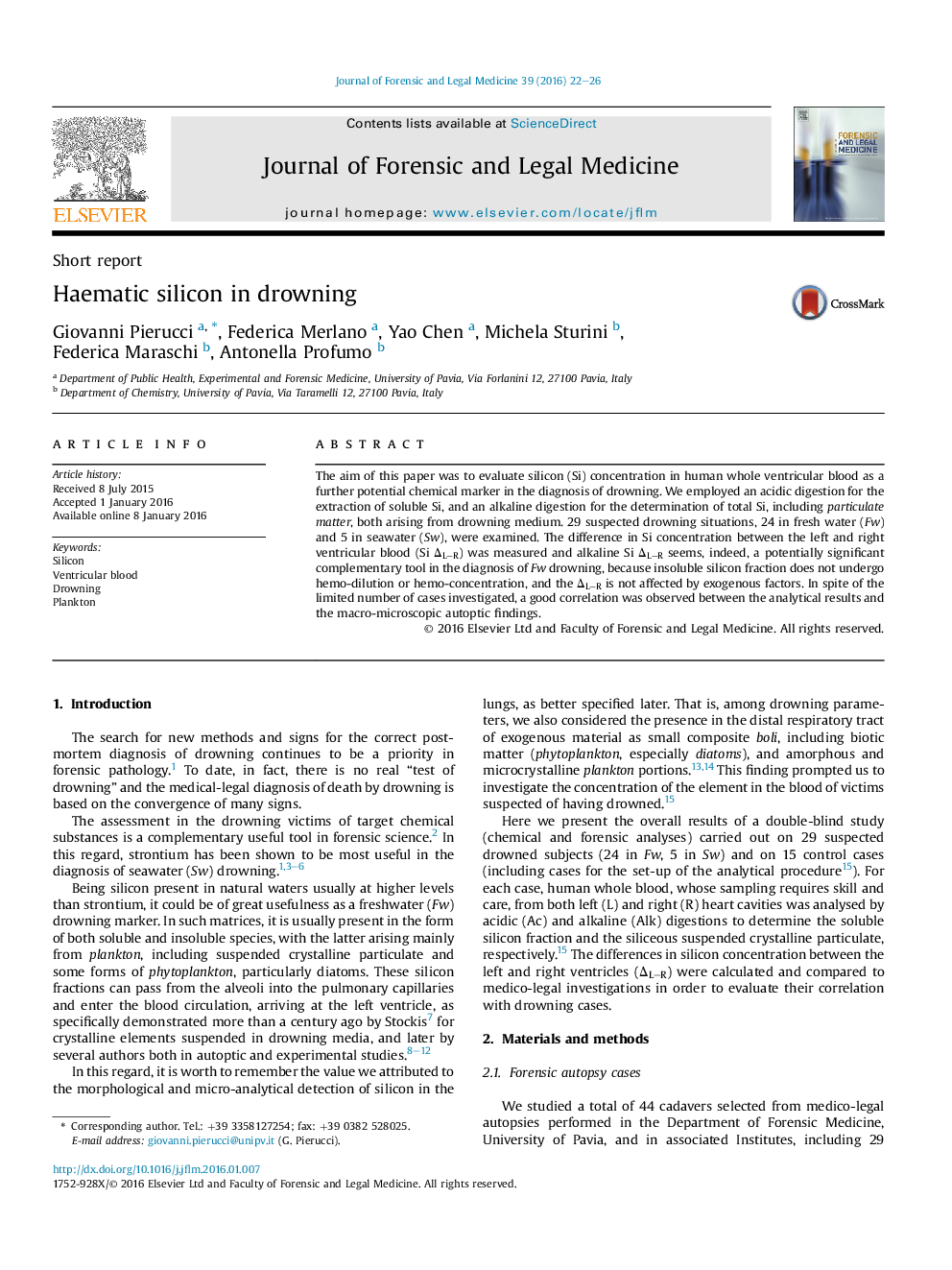 • Si in human whole ventricular blood is used as a marker in the diagnosis of drowning.
• Alkaline digestion allows to determine the siliceous suspended crystalline particulate.
• Difference in Si concentration between the left and right ventricles was calculated.
• Correlation between analytical results and autoptic findings was found.

The aim of this paper was to evaluate silicon (Si) concentration in human whole ventricular blood as a further potential chemical marker in the diagnosis of drowning. We employed an acidic digestion for the extraction of soluble Si, and an alkaline digestion for the determination of total Si, including particulate matter, both arising from drowning medium. 29 suspected drowning situations, 24 in fresh water (Fw) and 5 in seawater (Sw), were examined. The difference in Si concentration between the left and right ventricular blood (Si ΔL–R) was measured and alkaline Si ΔL–R seems, indeed, a potentially significant complementary tool in the diagnosis of Fw drowning, because insoluble silicon fraction does not undergo hemo-dilution or hemo-concentration, and the ΔL–R is not affected by exogenous factors. In spite of the limited number of cases investigated, a good correlation was observed between the analytical results and the macro-microscopic autoptic findings.