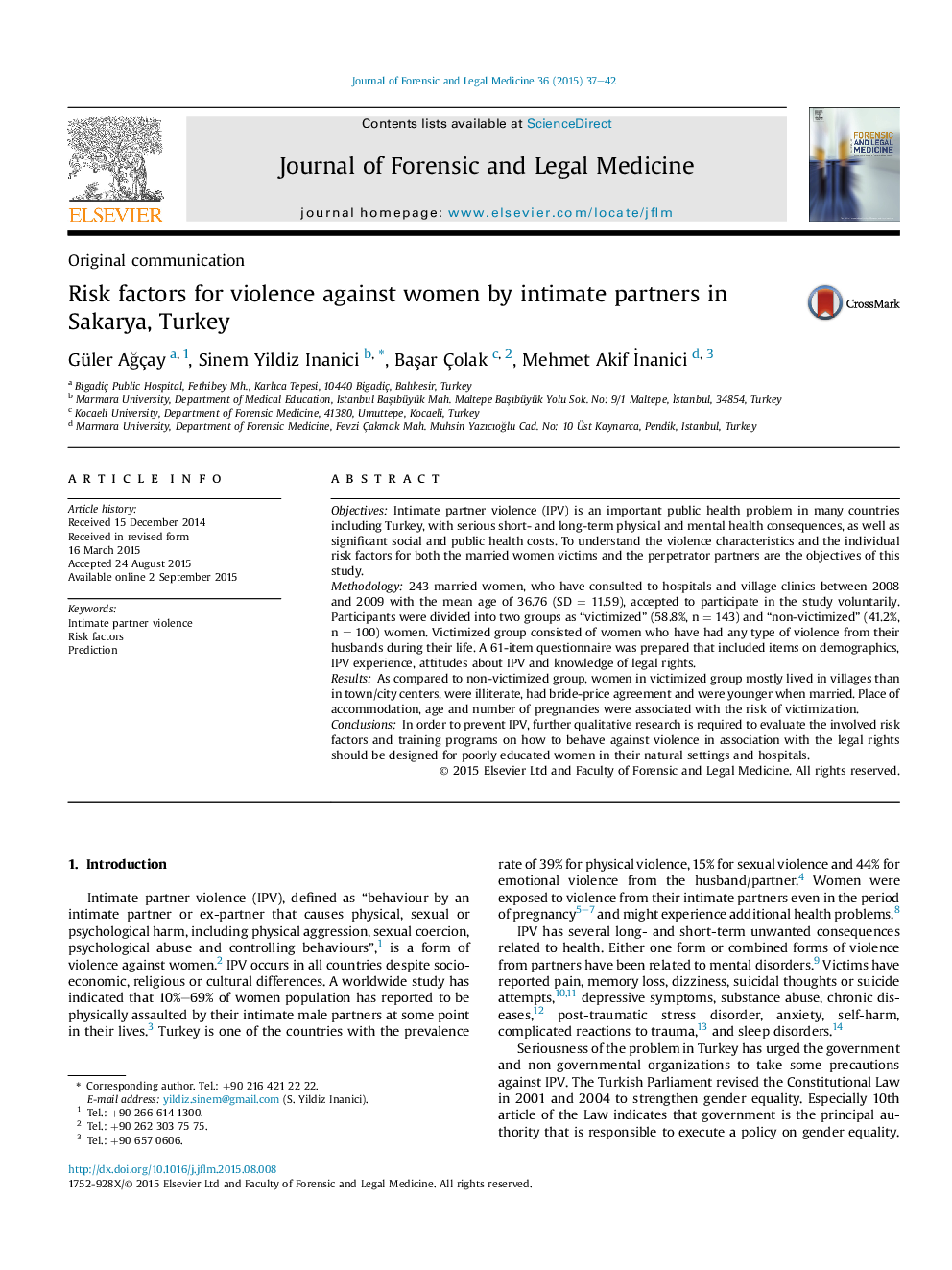 • Marrying at earlier age and having a jobless husband are more common in the victims.
• Pressure from the natal family and the husband prevent the victims from reporting the cases legally.
• Traditional arrangements, such as bride-price, about marrige may ease IPV.
• Having more pregnancies and being younger increase the risk for IPV victimization.
• Living at the town center decreases the risk for being a victim of IPV.

ObjectivesIntimate partner violence (IPV) is an important public health problem in many countries including Turkey, with serious short- and long-term physical and mental health consequences, as well as significant social and public health costs. To understand the violence characteristics and the individual risk factors for both the married women victims and the perpetrator partners are the objectives of this study.Methodology243 married women, who have consulted to hospitals and village clinics between 2008 and 2009 with the mean age of 36.76 (SD = 11.59), accepted to participate in the study voluntarily. Participants were divided into two groups as “victimized” (58.8%, n = 143) and “non-victimized” (41.2%, n = 100) women. Victimized group consisted of women who have had any type of violence from their husbands during their life. A 61-item questionnaire was prepared that included items on demographics, IPV experience, attitudes about IPV and knowledge of legal rights.ResultsAs compared to non-victimized group, women in victimized group mostly lived in villages than in town/city centers, were illiterate, had bride-price agreement and were younger when married. Place of accommodation, age and number of pregnancies were associated with the risk of victimization.ConclusionsIn order to prevent IPV, further qualitative research is required to evaluate the involved risk factors and training programs on how to behave against violence in association with the legal rights should be designed for poorly educated women in their natural settings and hospitals.