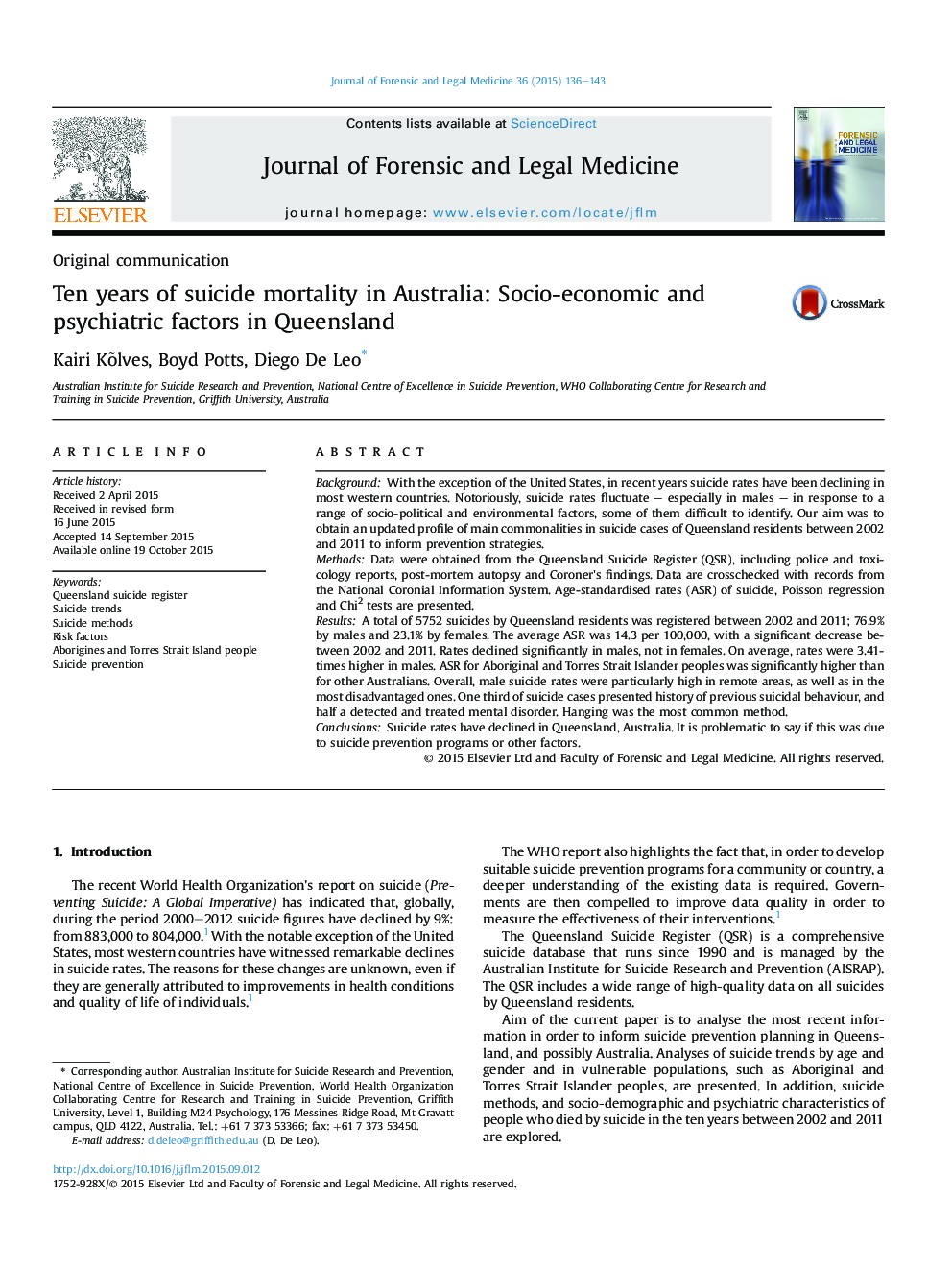 BackgroundWith the exception of the United States, in recent years suicide rates have been declining in most western countries. Notoriously, suicide rates fluctuate – especially in males – in response to a range of socio-political and environmental factors, some of them difficult to identify. Our aim was to obtain an updated profile of main commonalities in suicide cases of Queensland residents between 2002 and 2011 to inform prevention strategies.MethodsData were obtained from the Queensland Suicide Register (QSR), including police and toxicology reports, post-mortem autopsy and Coroner's findings. Data are crosschecked with records from the National Coronial Information System. Age-standardised rates (ASR) of suicide, Poisson regression and Chi2 tests are presented.ResultsA total of 5752 suicides by Queensland residents was registered between 2002 and 2011; 76.9% by males and 23.1% by females. The average ASR was 14.3 per 100,000, with a significant decrease between 2002 and 2011. Rates declined significantly in males, not in females. On average, rates were 3.41-times higher in males. ASR for Aboriginal and Torres Strait Islander peoples was significantly higher than for other Australians. Overall, male suicide rates were particularly high in remote areas, as well as in the most disadvantaged ones. One third of suicide cases presented history of previous suicidal behaviour, and half a detected and treated mental disorder. Hanging was the most common method.ConclusionsSuicide rates have declined in Queensland, Australia. It is problematic to say if this was due to suicide prevention programs or other factors.