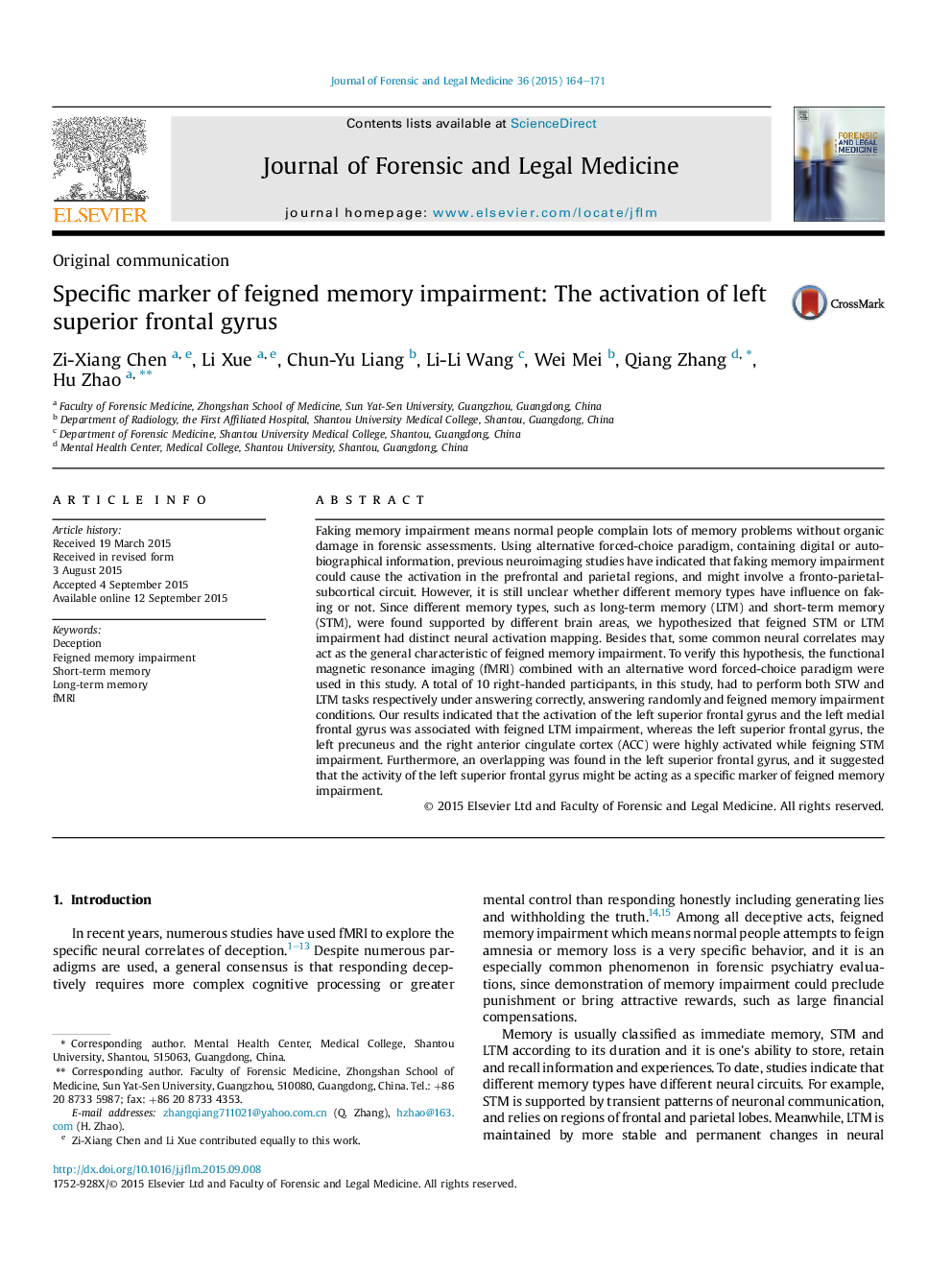 Faking memory impairment means normal people complain lots of memory problems without organic damage in forensic assessments. Using alternative forced-choice paradigm, containing digital or autobiographical information, previous neuroimaging studies have indicated that faking memory impairment could cause the activation in the prefrontal and parietal regions, and might involve a fronto-parietal-subcortical circuit. However, it is still unclear whether different memory types have influence on faking or not. Since different memory types, such as long-term memory (LTM) and short-term memory (STM), were found supported by different brain areas, we hypothesized that feigned STM or LTM impairment had distinct neural activation mapping. Besides that, some common neural correlates may act as the general characteristic of feigned memory impairment. To verify this hypothesis, the functional magnetic resonance imaging (fMRI) combined with an alternative word forced-choice paradigm were used in this study. A total of 10 right-handed participants, in this study, had to perform both STW and LTM tasks respectively under answering correctly, answering randomly and feigned memory impairment conditions. Our results indicated that the activation of the left superior frontal gyrus and the left medial frontal gyrus was associated with feigned LTM impairment, whereas the left superior frontal gyrus, the left precuneus and the right anterior cingulate cortex (ACC) were highly activated while feigning STM impairment. Furthermore, an overlapping was found in the left superior frontal gyrus, and it suggested that the activity of the left superior frontal gyrus might be acting as a specific marker of feigned memory impairment.