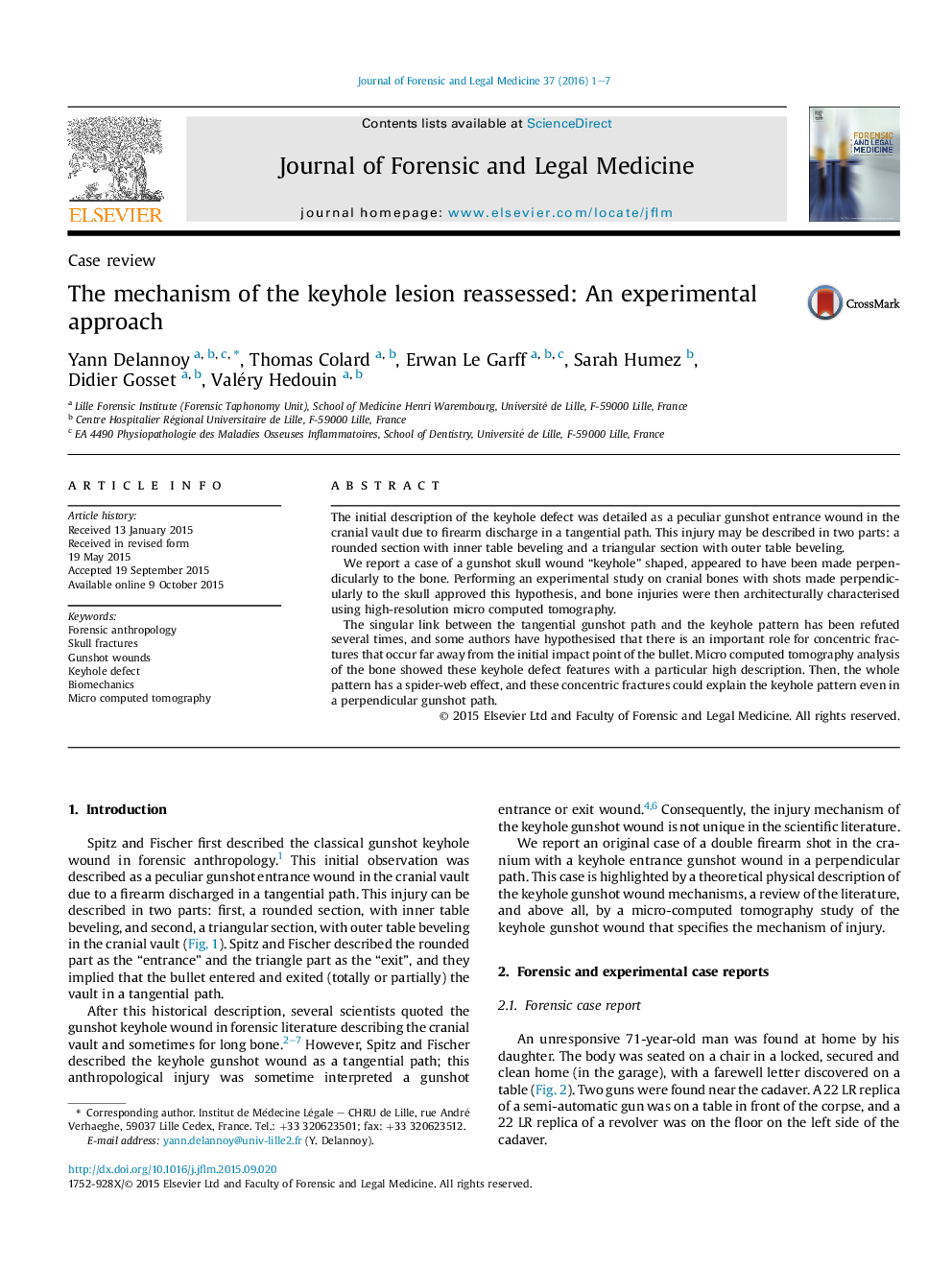 • Keyhole defect is due to a gunshot wound.
• We describe a keyhole skull lesion in a perpendicularly shot.
• Micro-CT scan allows showing well the trabecular injuries.
• Biomechanics of secondary and tertiary fractures could explain keyhole defect patterns.

The initial description of the keyhole defect was detailed as a peculiar gunshot entrance wound in the cranial vault due to firearm discharge in a tangential path. This injury may be described in two parts: a rounded section with inner table beveling and a triangular section with outer table beveling.We report a case of a gunshot skull wound “keyhole” shaped, appeared to have been made perpendicularly to the bone. Performing an experimental study on cranial bones with shots made perpendicularly to the skull approved this hypothesis, and bone injuries were then architecturally characterised using high-resolution micro computed tomography.The singular link between the tangential gunshot path and the keyhole pattern has been refuted several times, and some authors have hypothesised that there is an important role for concentric fractures that occur far away from the initial impact point of the bullet. Micro computed tomography analysis of the bone showed these keyhole defect features with a particular high description. Then, the whole pattern has a spider-web effect, and these concentric fractures could explain the keyhole pattern even in a perpendicular gunshot path.