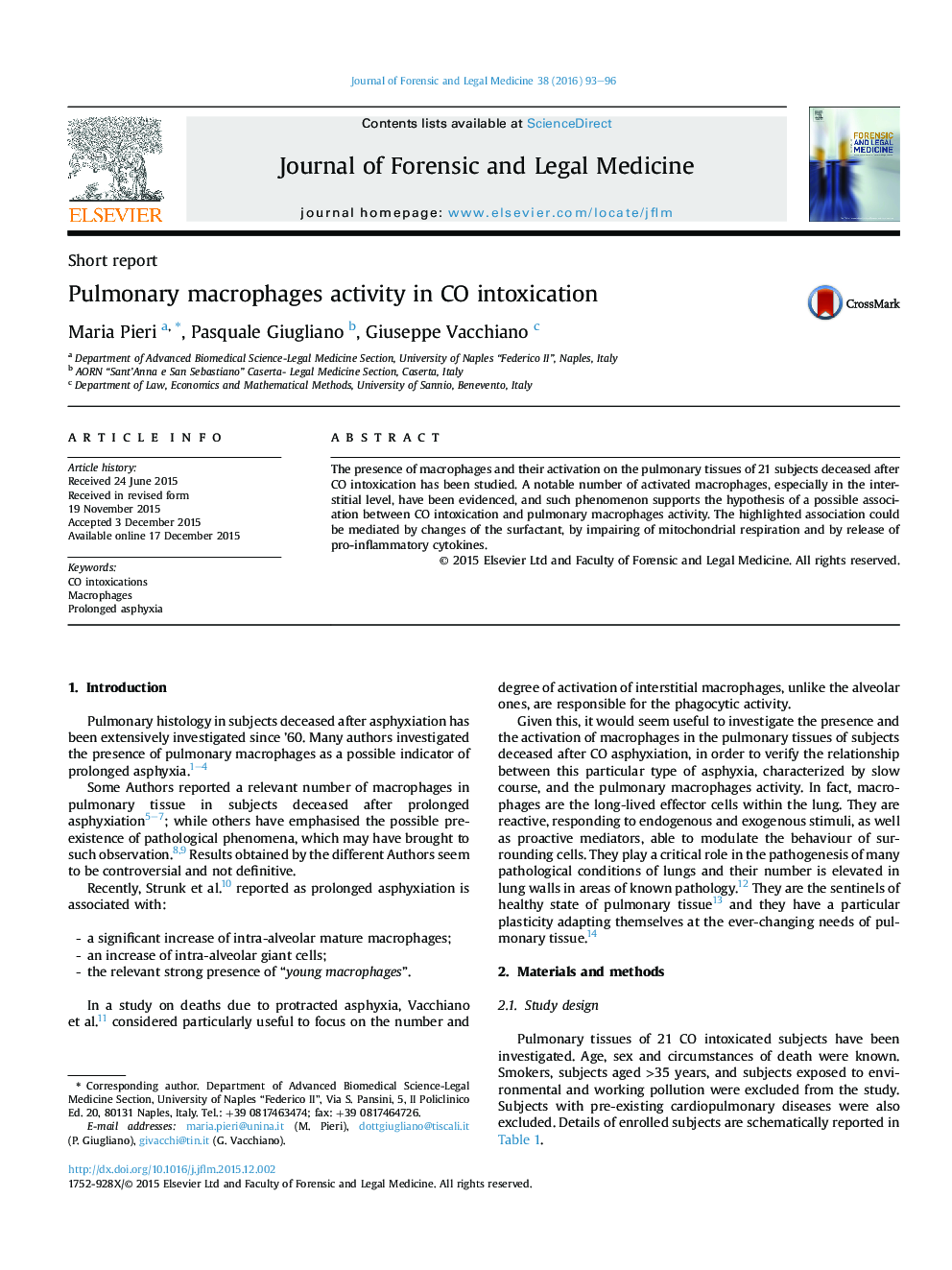 The presence of macrophages and their activation on the pulmonary tissues of 21 subjects deceased after CO intoxication has been studied. A notable number of activated macrophages, especially in the interstitial level, have been evidenced, and such phenomenon supports the hypothesis of a possible association between CO intoxication and pulmonary macrophages activity. The highlighted association could be mediated by changes of the surfactant, by impairing of mitochondrial respiration and by release of pro-inflammatory cytokines.