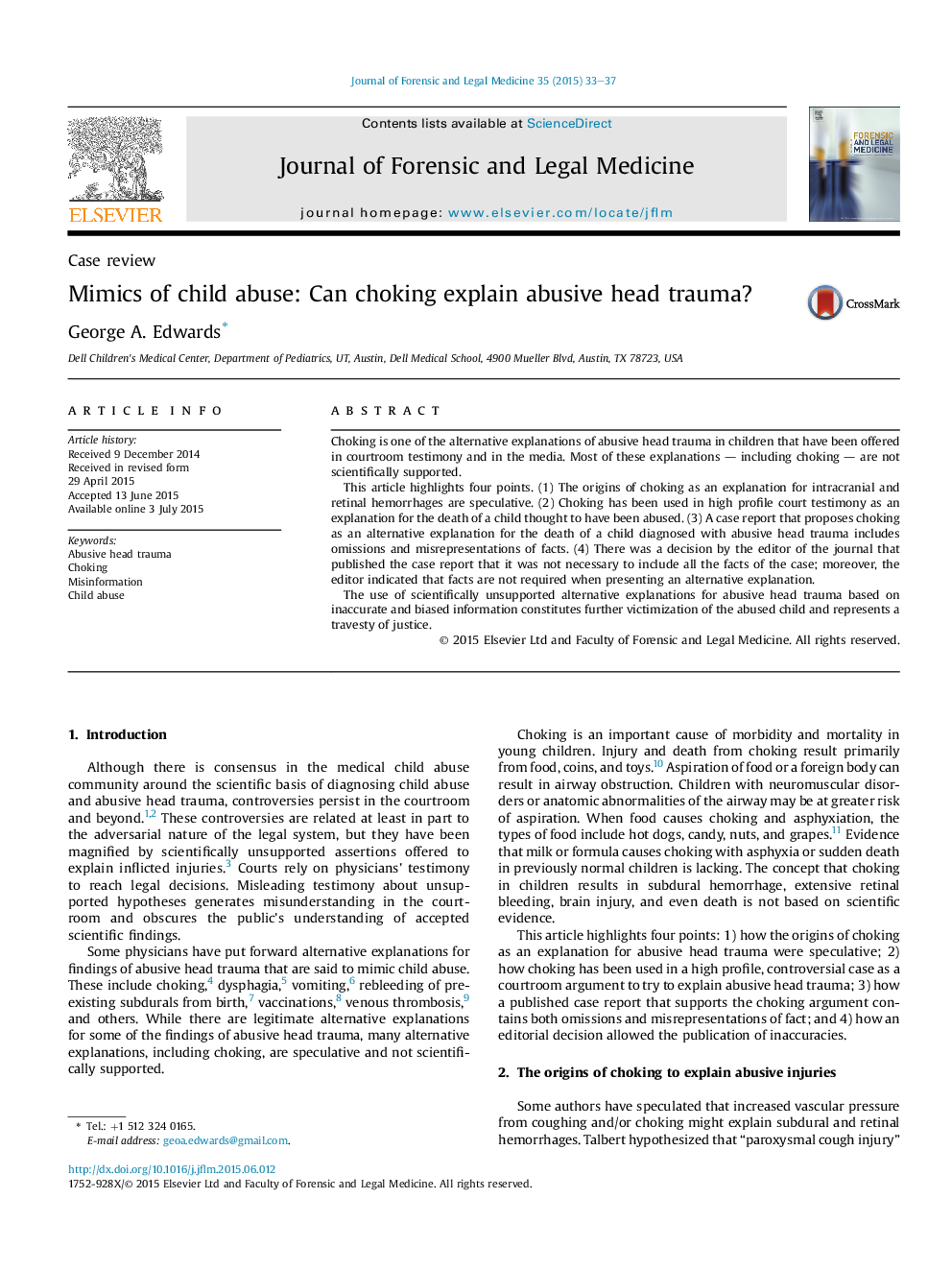 • Abusive head trauma (AHT) is an important worldwide problem.
• Unscientific explanations like choking have been proposed to account for AHT.
• Omission and misrepresentation of facts have been used to justify unsupported explanations of AHT.
• Failure to adhere to facts violates the principles of science and erodes child protection.