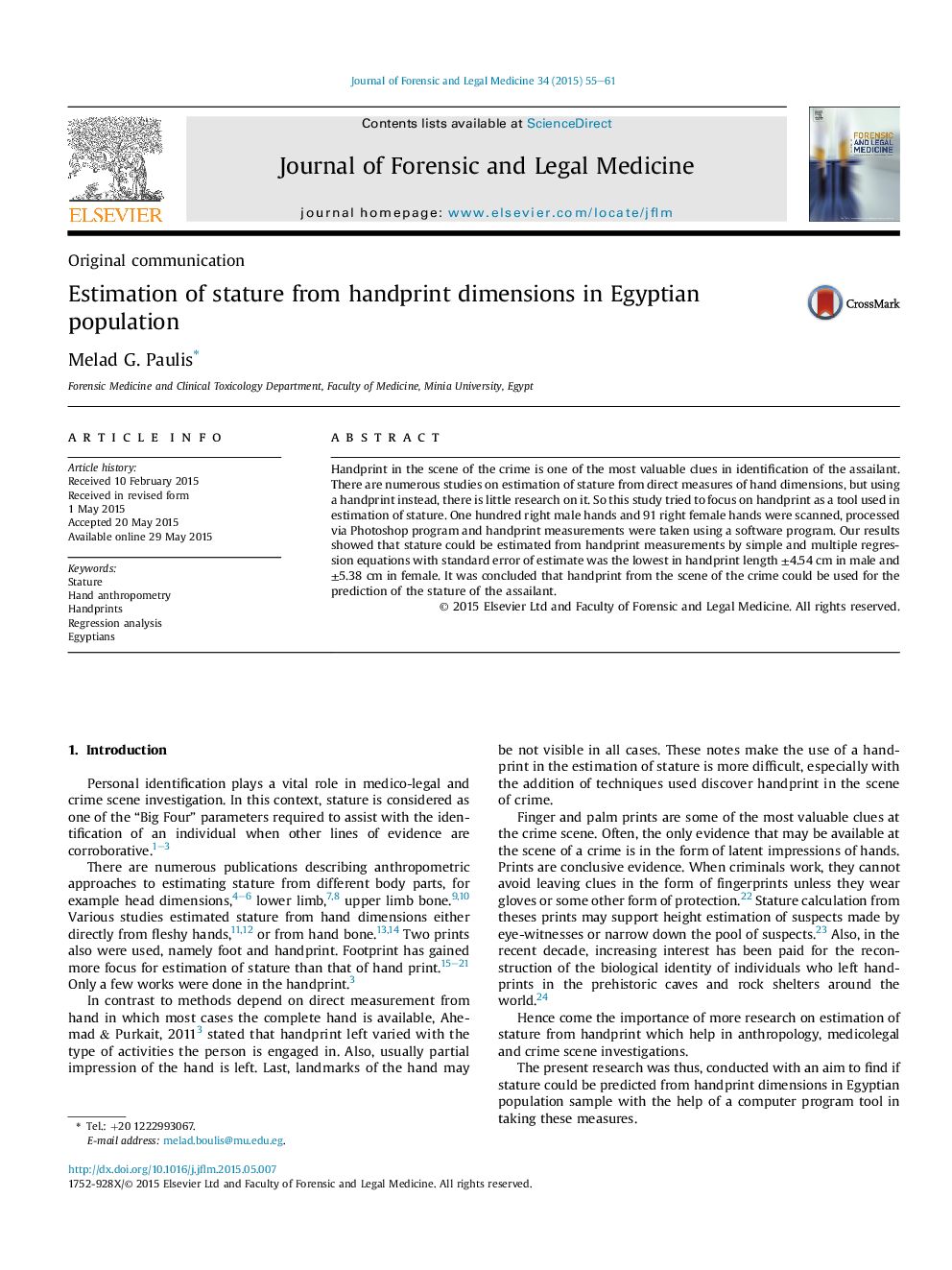 • Handprint plays a vital role in both anthropology and crime scene investigations.
• Scanned hands from Egyptian population sample were modified to simulate handprint and different measures were recorded.
• Using simple and stepwise regression analysis, stature could be predicted from handprint measurements.

Handprint in the scene of the crime is one of the most valuable clues in identification of the assailant. There are numerous studies on estimation of stature from direct measures of hand dimensions, but using a handprint instead, there is little research on it. So this study tried to focus on handprint as a tool used in estimation of stature. One hundred right male hands and 91 right female hands were scanned, processed via Photoshop program and handprint measurements were taken using a software program. Our results showed that stature could be estimated from handprint measurements by simple and multiple regression equations with standard error of estimate was the lowest in handprint length ±4.54 cm in male and ±5.38 cm in female. It was concluded that handprint from the scene of the crime could be used for the prediction of the stature of the assailant.