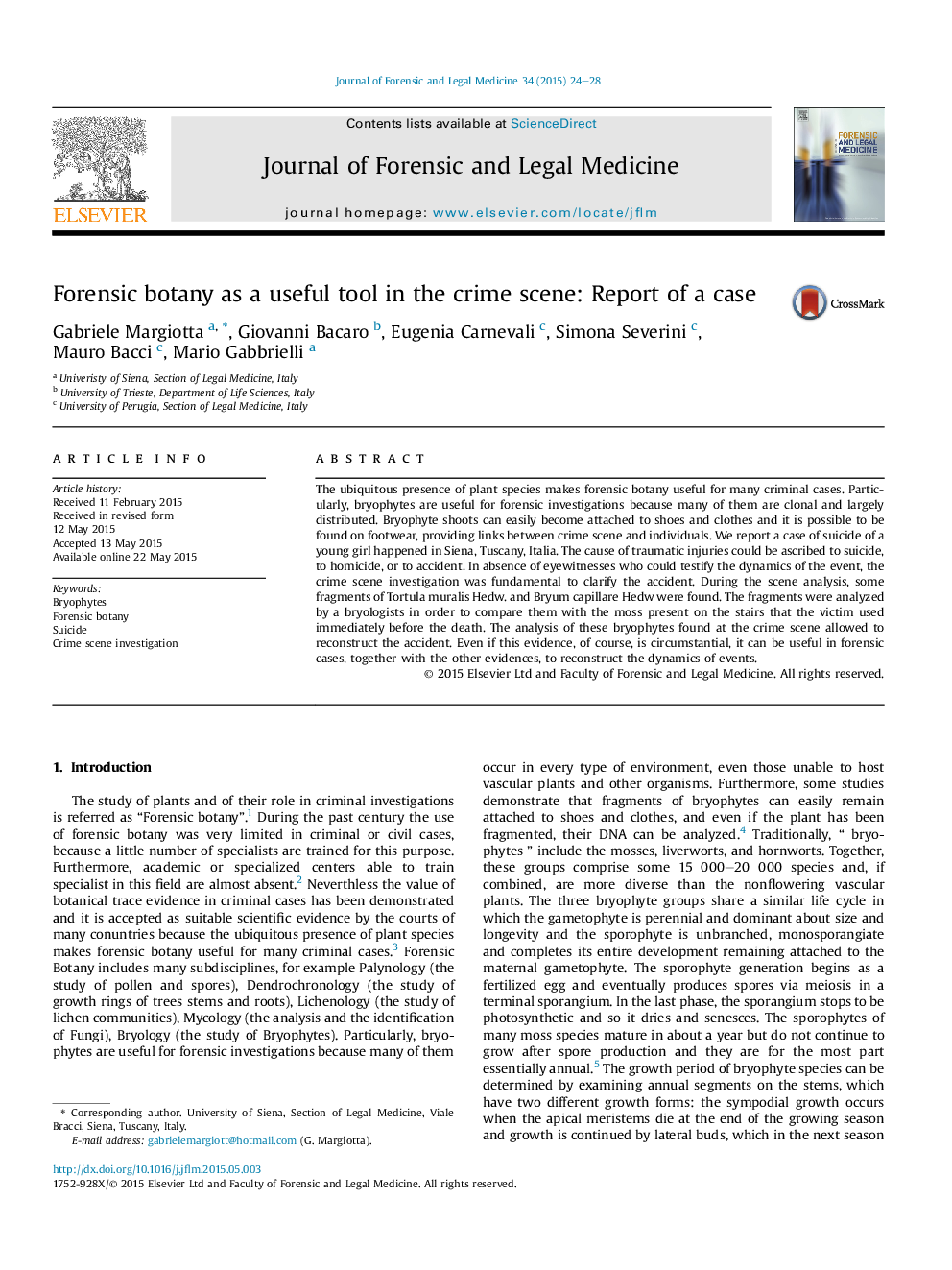 The ubiquitous presence of plant species makes forensic botany useful for many criminal cases. Particularly, bryophytes are useful for forensic investigations because many of them are clonal and largely distributed. Bryophyte shoots can easily become attached to shoes and clothes and it is possible to be found on footwear, providing links between crime scene and individuals. We report a case of suicide of a young girl happened in Siena, Tuscany, Italia. The cause of traumatic injuries could be ascribed to suicide, to homicide, or to accident. In absence of eyewitnesses who could testify the dynamics of the event, the crime scene investigation was fundamental to clarify the accident. During the scene analysis, some fragments of Tortula muralis Hedw. and Bryum capillare Hedw were found. The fragments were analyzed by a bryologists in order to compare them with the moss present on the stairs that the victim used immediately before the death. The analysis of these bryophytes found at the crime scene allowed to reconstruct the accident. Even if this evidence, of course, is circumstantial, it can be useful in forensic cases, together with the other evidences, to reconstruct the dynamics of events.