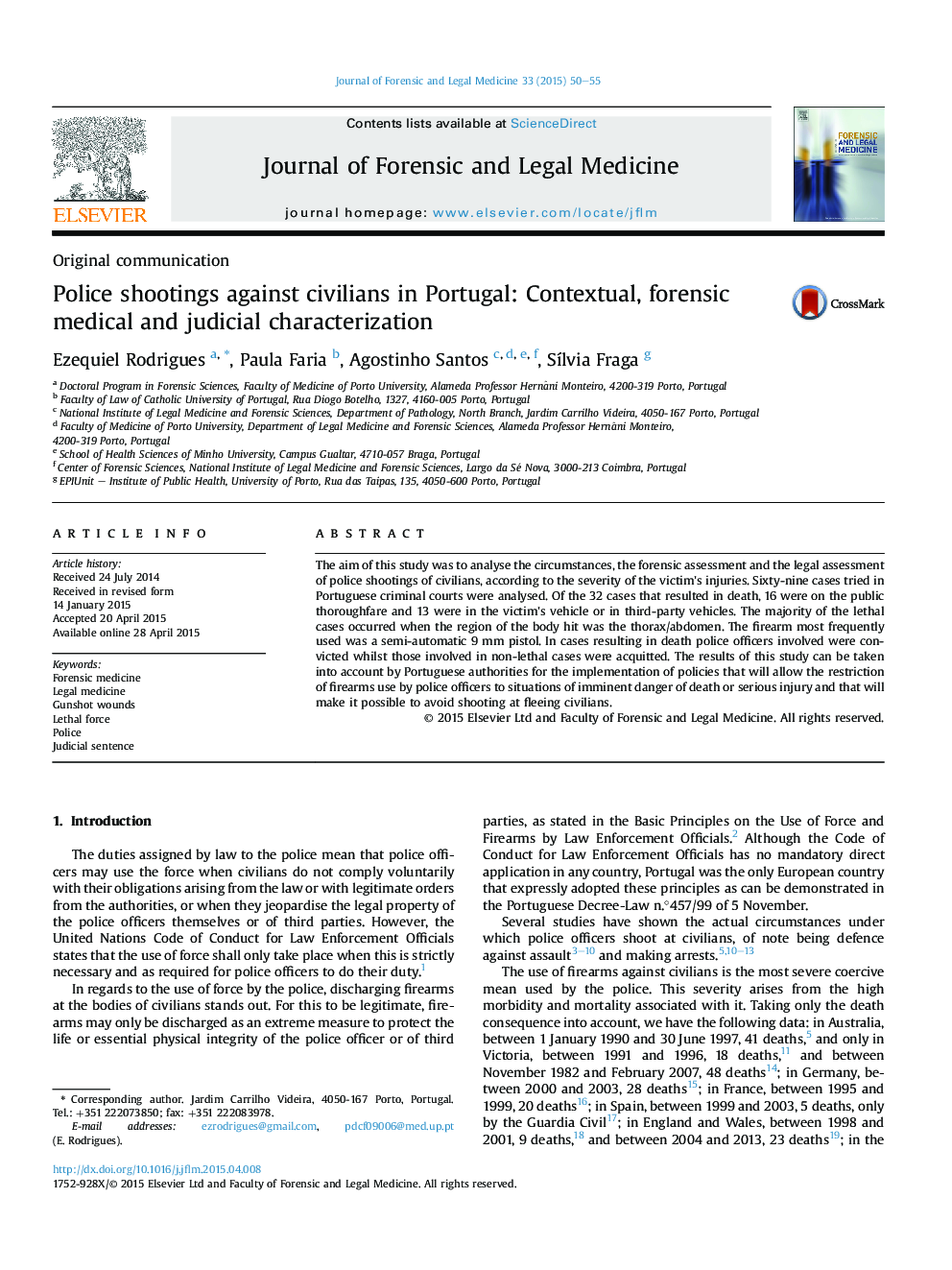 The aim of this study was to analyse the circumstances, the forensic assessment and the legal assessment of police shootings of civilians, according to the severity of the victim's injuries. Sixty-nine cases tried in Portuguese criminal courts were analysed. Of the 32 cases that resulted in death, 16 were on the public thoroughfare and 13 were in the victim's vehicle or in third-party vehicles. The majority of the lethal cases occurred when the region of the body hit was the thorax/abdomen. The firearm most frequently used was a semi-automatic 9 mm pistol. In cases resulting in death police officers involved were convicted whilst those involved in non-lethal cases were acquitted. The results of this study can be taken into account by Portuguese authorities for the implementation of policies that will allow the restriction of firearms use by police officers to situations of imminent danger of death or serious injury and that will make it possible to avoid shooting at fleeing civilians.