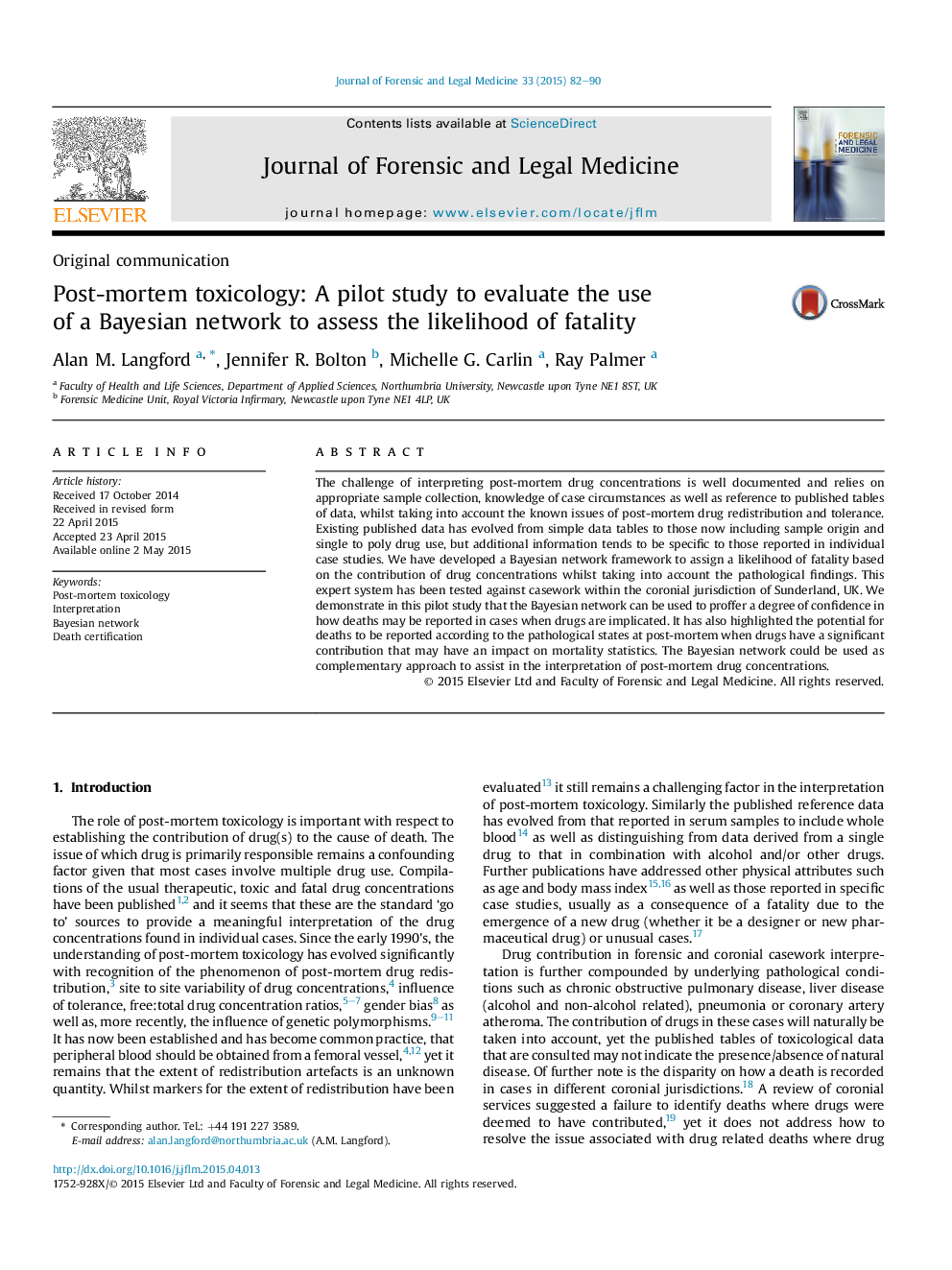 • Systematic toxicological analysis should be routinely in death investigation.
• Alternative approaches to using existing toxicological data should be considered.
• Bayesian networks could be used in cases where drugs/drug combination are observed.
• Influence of post-mortem redistribution requires further investigation.

The challenge of interpreting post-mortem drug concentrations is well documented and relies on appropriate sample collection, knowledge of case circumstances as well as reference to published tables of data, whilst taking into account the known issues of post-mortem drug redistribution and tolerance. Existing published data has evolved from simple data tables to those now including sample origin and single to poly drug use, but additional information tends to be specific to those reported in individual case studies. We have developed a Bayesian network framework to assign a likelihood of fatality based on the contribution of drug concentrations whilst taking into account the pathological findings. This expert system has been tested against casework within the coronial jurisdiction of Sunderland, UK. We demonstrate in this pilot study that the Bayesian network can be used to proffer a degree of confidence in how deaths may be reported in cases when drugs are implicated. It has also highlighted the potential for deaths to be reported according to the pathological states at post-mortem when drugs have a significant contribution that may have an impact on mortality statistics. The Bayesian network could be used as complementary approach to assist in the interpretation of post-mortem drug concentrations.