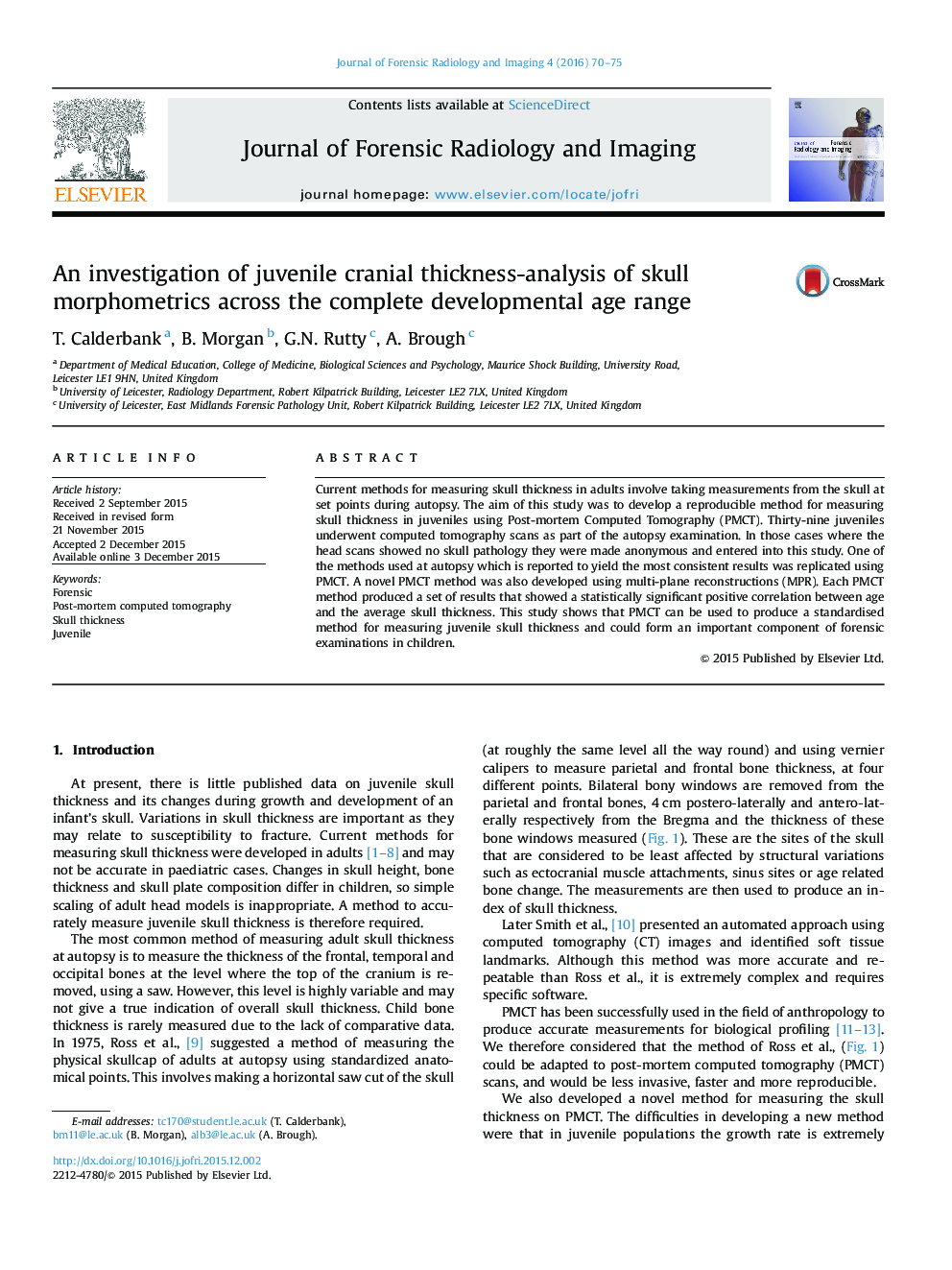 Current methods for measuring skull thickness in adults involve taking measurements from the skull at set points during autopsy. The aim of this study was to develop a reproducible method for measuring skull thickness in juveniles using Post-mortem Computed Tomography (PMCT). Thirty-nine juveniles underwent computed tomography scans as part of the autopsy examination. In those cases where the head scans showed no skull pathology they were made anonymous and entered into this study. One of the methods used at autopsy which is reported to yield the most consistent results was replicated using PMCT. A novel PMCT method was also developed using multi-plane reconstructions (MPR). Each PMCT method produced a set of results that showed a statistically significant positive correlation between age and the average skull thickness. This study shows that PMCT can be used to produce a standardised method for measuring juvenile skull thickness and could form an important component of forensic examinations in children.