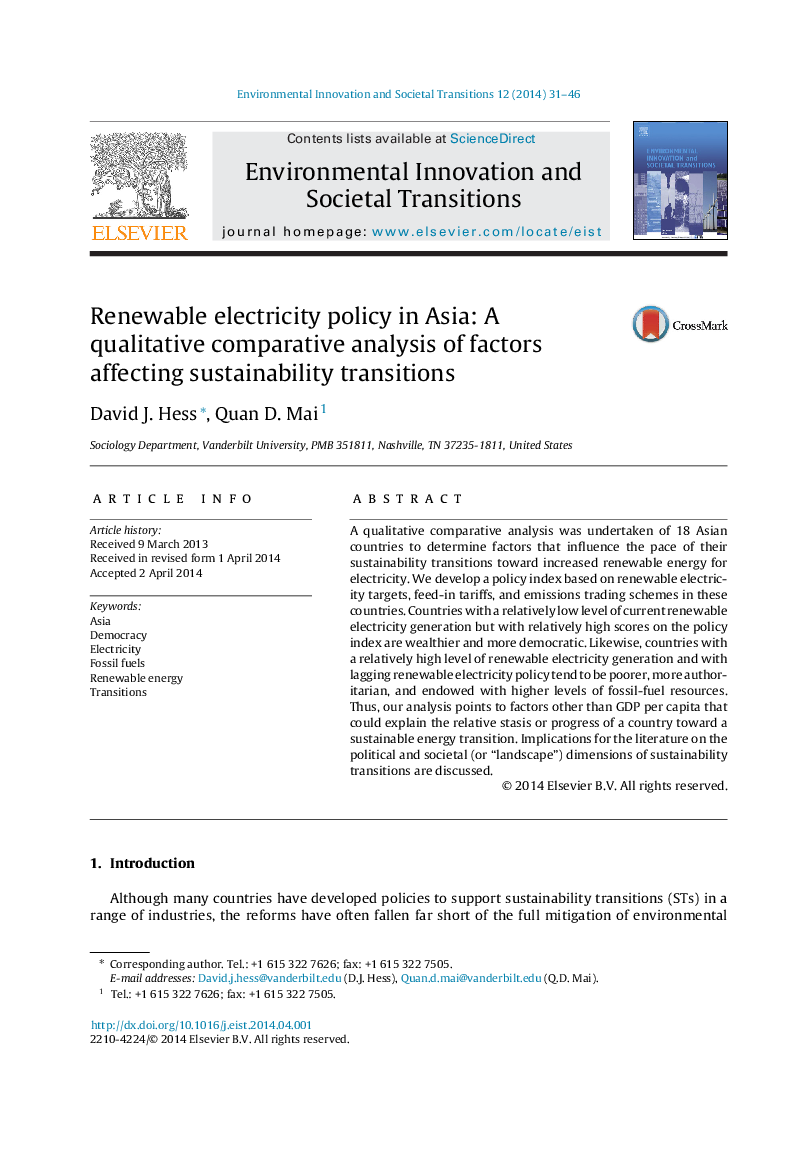 A qualitative comparative analysis was undertaken of 18 Asian countries to determine factors that influence the pace of their sustainability transitions toward increased renewable energy for electricity. We develop a policy index based on renewable electricity targets, feed-in tariffs, and emissions trading schemes in these countries. Countries with a relatively low level of current renewable electricity generation but with relatively high scores on the policy index are wealthier and more democratic. Likewise, countries with a relatively high level of renewable electricity generation and with lagging renewable electricity policy tend to be poorer, more authoritarian, and endowed with higher levels of fossil-fuel resources. Thus, our analysis points to factors other than GDP per capita that could explain the relative stasis or progress of a country toward a sustainable energy transition. Implications for the literature on the political and societal (or “landscape”) dimensions of sustainability transitions are discussed.