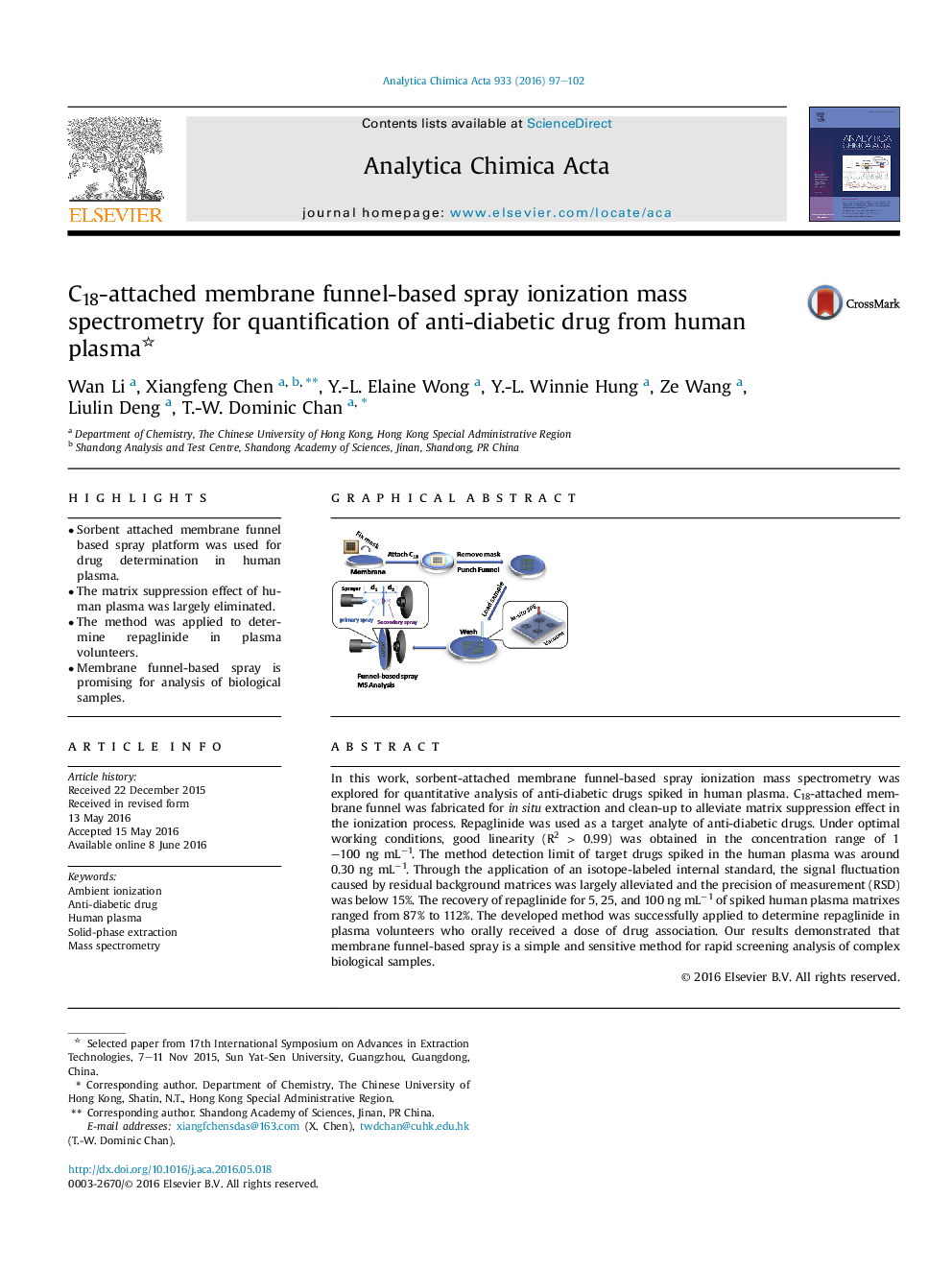 • Sorbent attached membrane funnel based spray platform was used for drug determination in human plasma.
• The matrix suppression effect of human plasma was largely eliminated.
• The method was applied to determine repaglinide in plasma volunteers.
• Membrane funnel-based spray is promising for analysis of biological samples.

In this work, sorbent-attached membrane funnel-based spray ionization mass spectrometry was explored for quantitative analysis of anti-diabetic drugs spiked in human plasma. C18-attached membrane funnel was fabricated for in situ extraction and clean-up to alleviate matrix suppression effect in the ionization process. Repaglinide was used as a target analyte of anti-diabetic drugs. Under optimal working conditions, good linearity (R2 > 0.99) was obtained in the concentration range of 1–100 ng mL−1. The method detection limit of target drugs spiked in the human plasma was around 0.30 ng mL−1. Through the application of an isotope-labeled internal standard, the signal fluctuation caused by residual background matrices was largely alleviated and the precision of measurement (RSD) was below 15%. The recovery of repaglinide for 5, 25, and 100 ng mL−1 of spiked human plasma matrixes ranged from 87% to 112%. The developed method was successfully applied to determine repaglinide in plasma volunteers who orally received a dose of drug association. Our results demonstrated that membrane funnel-based spray is a simple and sensitive method for rapid screening analysis of complex biological samples.