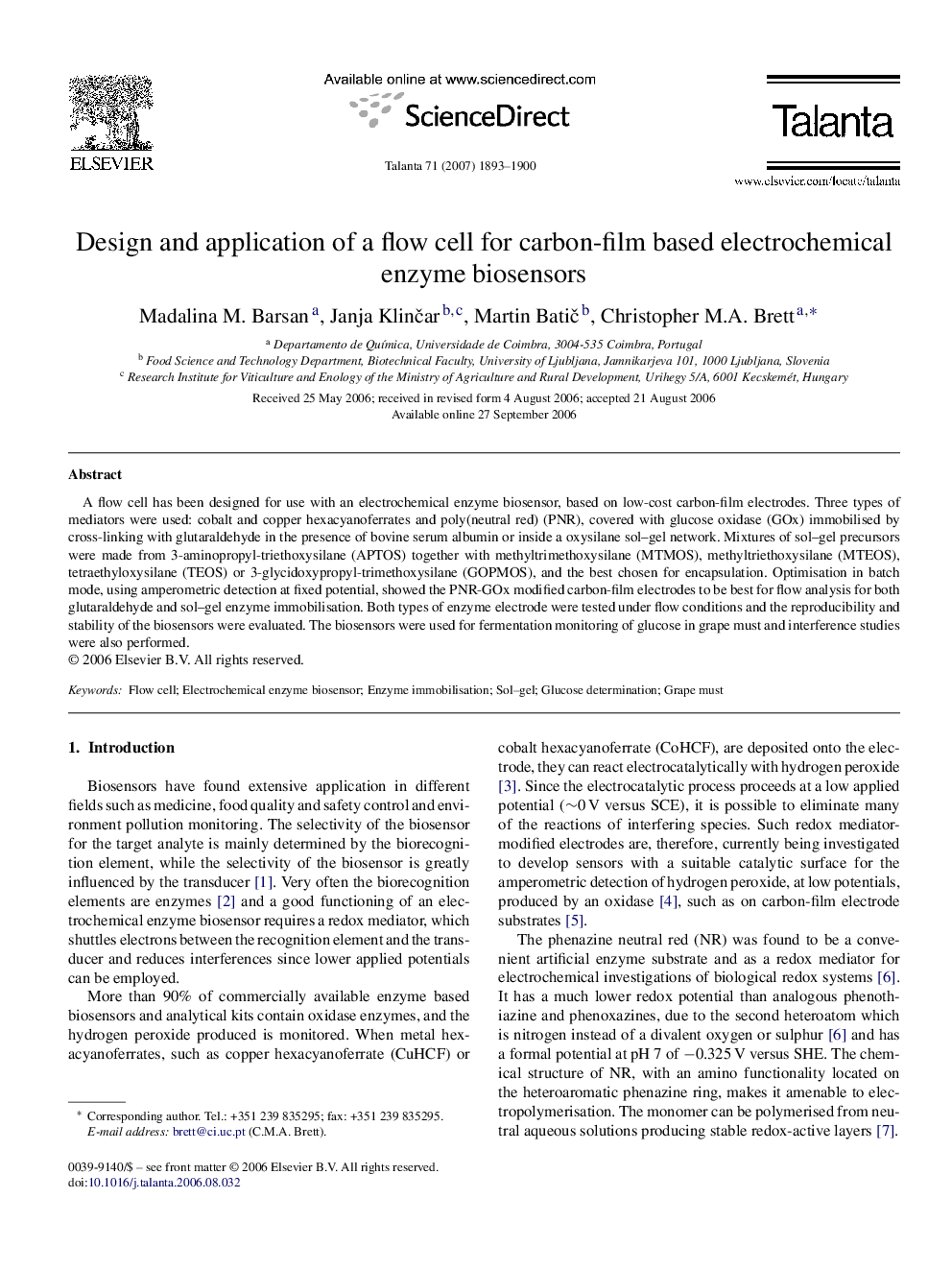 A flow cell has been designed for use with an electrochemical enzyme biosensor, based on low-cost carbon-film electrodes. Three types of mediators were used: cobalt and copper hexacyanoferrates and poly(neutral red) (PNR), covered with glucose oxidase (GOx) immobilised by cross-linking with glutaraldehyde in the presence of bovine serum albumin or inside a oxysilane sol–gel network. Mixtures of sol–gel precursors were made from 3-aminopropyl-triethoxysilane (APTOS) together with methyltrimethoxysilane (MTMOS), methyltriethoxysilane (MTEOS), tetraethyloxysilane (TEOS) or 3-glycidoxypropyl-trimethoxysilane (GOPMOS), and the best chosen for encapsulation. Optimisation in batch mode, using amperometric detection at fixed potential, showed the PNR-GOx modified carbon-film electrodes to be best for flow analysis for both glutaraldehyde and sol–gel enzyme immobilisation. Both types of enzyme electrode were tested under flow conditions and the reproducibility and stability of the biosensors were evaluated. The biosensors were used for fermentation monitoring of glucose in grape must and interference studies were also performed.