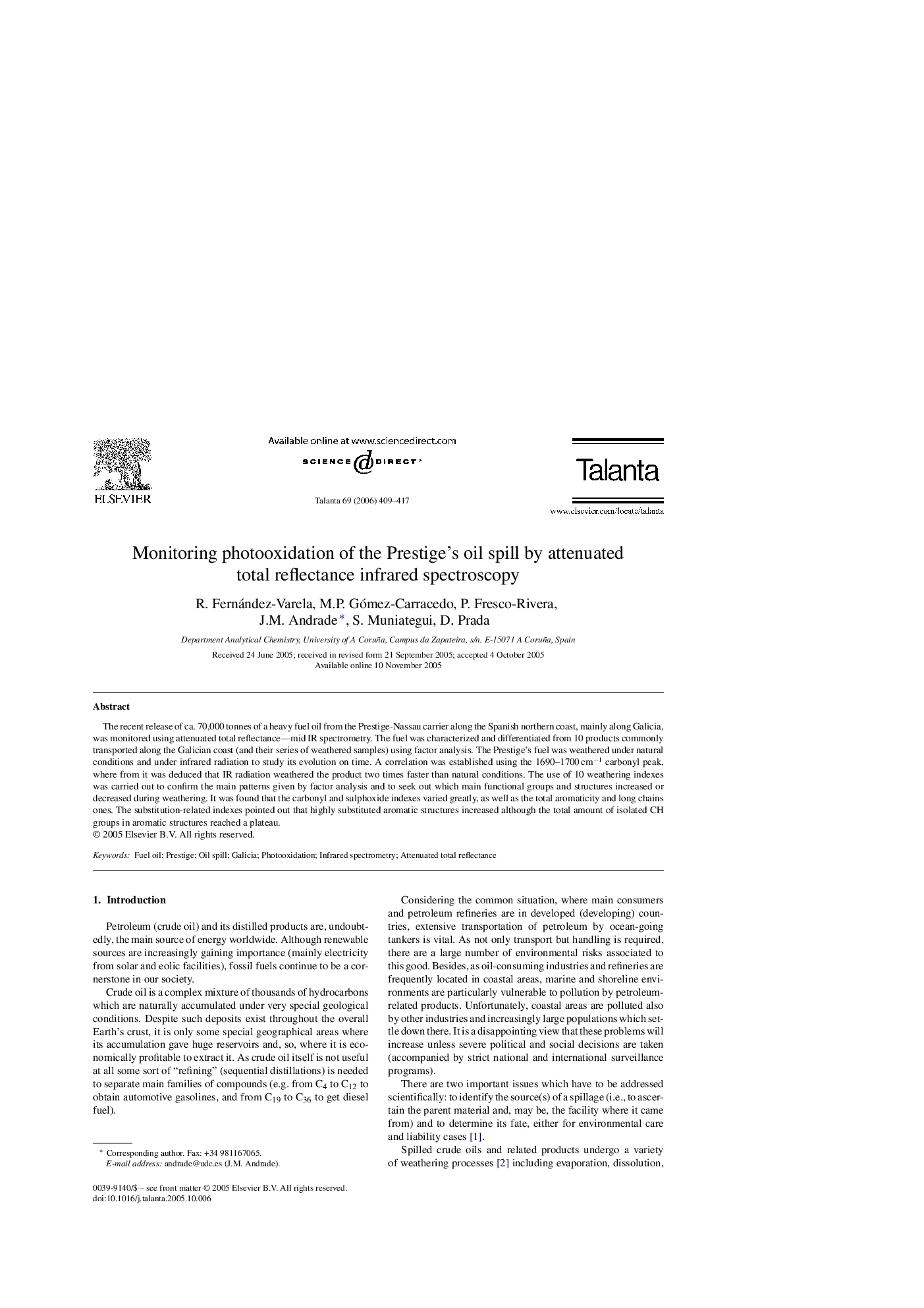 The recent release of ca. 70,000 tonnes of a heavy fuel oil from the Prestige-Nassau carrier along the Spanish northern coast, mainly along Galicia, was monitored using attenuated total reflectance—mid IR spectrometry. The fuel was characterized and differentiated from 10 products commonly transported along the Galician coast (and their series of weathered samples) using factor analysis. The Prestige's fuel was weathered under natural conditions and under infrared radiation to study its evolution on time. A correlation was established using the 1690–1700 cm−1 carbonyl peak, where from it was deduced that IR radiation weathered the product two times faster than natural conditions. The use of 10 weathering indexes was carried out to confirm the main patterns given by factor analysis and to seek out which main functional groups and structures increased or decreased during weathering. It was found that the carbonyl and sulphoxide indexes varied greatly, as well as the total aromaticity and long chains ones. The substitution-related indexes pointed out that highly substituted aromatic structures increased although the total amount of isolated CH groups in aromatic structures reached a plateau.