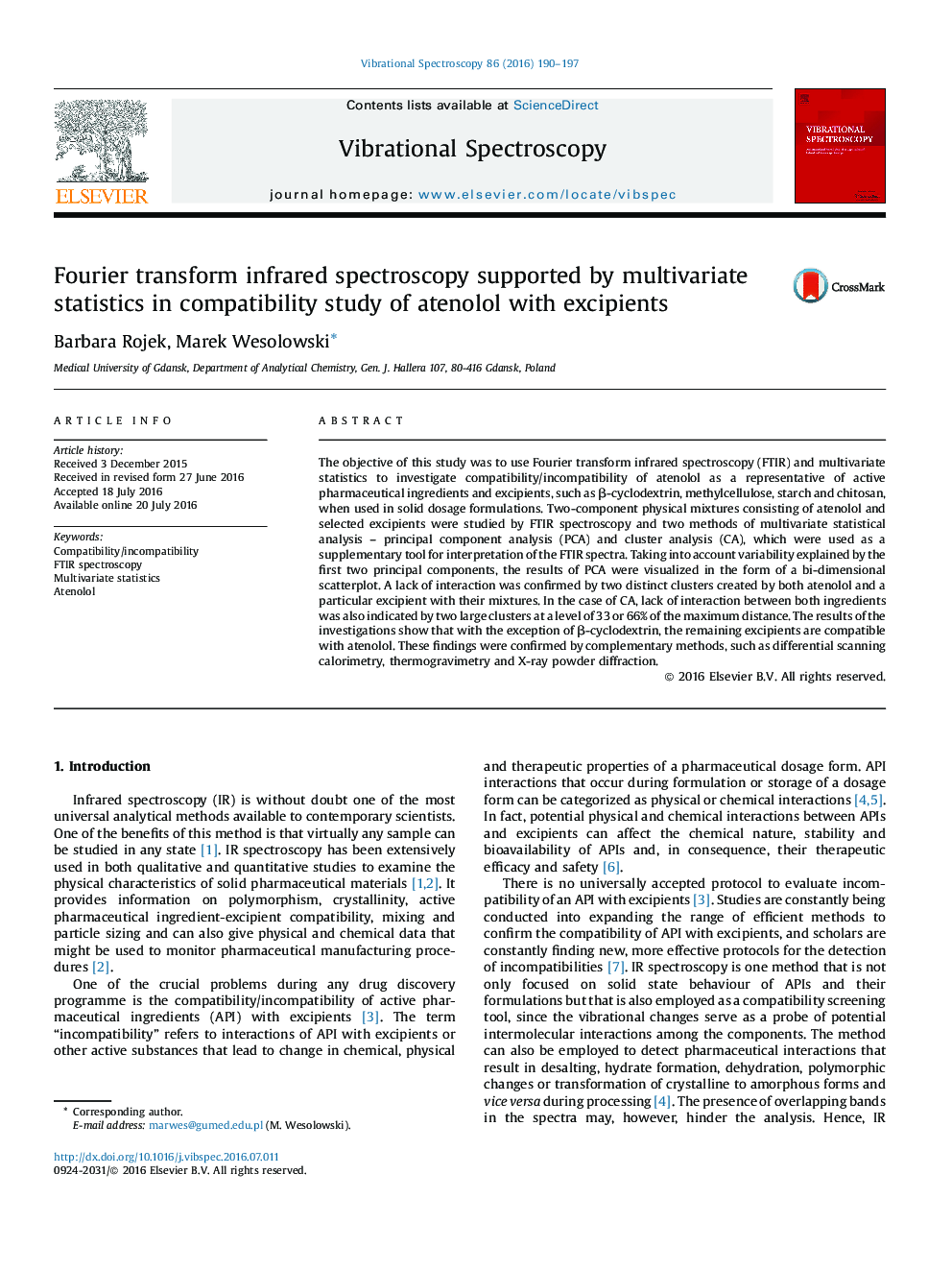 The objective of this study was to use Fourier transform infrared spectroscopy (FTIR) and multivariate statistics to investigate compatibility/incompatibility of atenolol as a representative of active pharmaceutical ingredients and excipients, such as β-cyclodextrin, methylcellulose, starch and chitosan, when used in solid dosage formulations. Two-component physical mixtures consisting of atenolol and selected excipients were studied by FTIR spectroscopy and two methods of multivariate statistical analysis – principal component analysis (PCA) and cluster analysis (CA), which were used as a supplementary tool for interpretation of the FTIR spectra. Taking into account variability explained by the first two principal components, the results of PCA were visualized in the form of a bi-dimensional scatterplot. A lack of interaction was confirmed by two distinct clusters created by both atenolol and a particular excipient with their mixtures. In the case of CA, lack of interaction between both ingredients was also indicated by two large clusters at a level of 33 or 66% of the maximum distance. The results of the investigations show that with the exception of β-cyclodextrin, the remaining excipients are compatible with atenolol. These findings were confirmed by complementary methods, such as differential scanning calorimetry, thermogravimetry and X-ray powder diffraction.