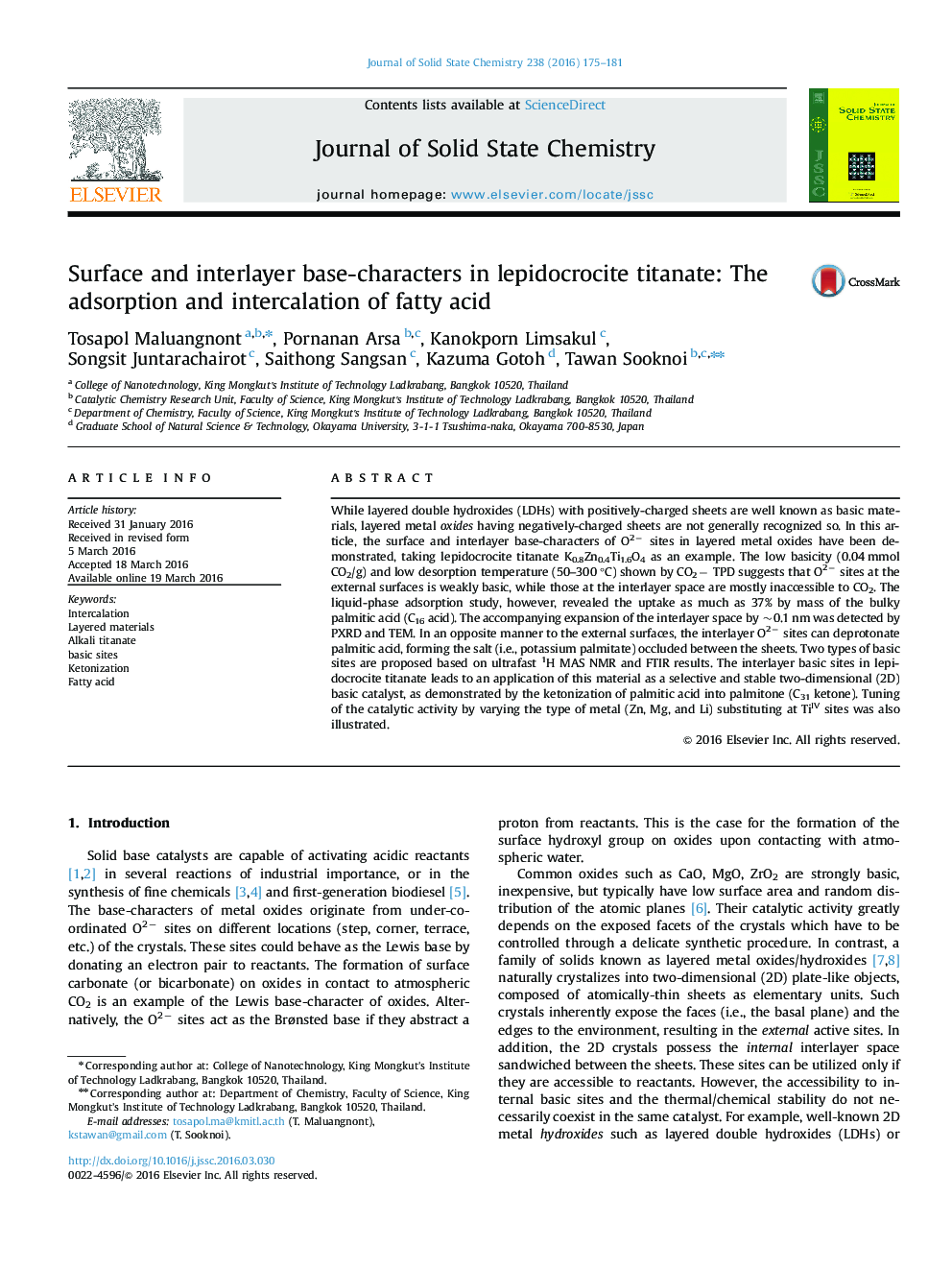 While layered double hydroxides (LDHs) with positively-charged sheets are well known as basic materials, layered metal oxides having negatively-charged sheets are not generally recognized so. In this article, the surface and interlayer base-characters of O2− sites in layered metal oxides have been demonstrated, taking lepidocrocite titanate K0.8Zn0.4Ti1.6O4 as an example. The low basicity (0.04 mmol CO2/g) and low desorption temperature (50–300 °C) shown by CO2− TPD suggests that O2− sites at the external surfaces is weakly basic, while those at the interlayer space are mostly inaccessible to CO2. The liquid-phase adsorption study, however, revealed the uptake as much as 37% by mass of the bulky palmitic acid (C16 acid). The accompanying expansion of the interlayer space by ~0.1 nm was detected by PXRD and TEM. In an opposite manner to the external surfaces, the interlayer O2− sites can deprotonate palmitic acid, forming the salt (i.e., potassium palmitate) occluded between the sheets. Two types of basic sites are proposed based on ultrafast 1H MAS NMR and FTIR results. The interlayer basic sites in lepidocrocite titanate leads to an application of this material as a selective and stable two-dimensional (2D) basic catalyst, as demonstrated by the ketonization of palmitic acid into palmitone (C31 ketone). Tuning of the catalytic activity by varying the type of metal (Zn, Mg, and Li) substituting at TiIV sites was also illustrated.

Interlayer basic sites in lepidocrocite titanate, K0.8Zn0.4Ti1.6O4, lead to an intercalation of palmitic acid with a layer expansion.Figure optionsDownload as PowerPoint slide