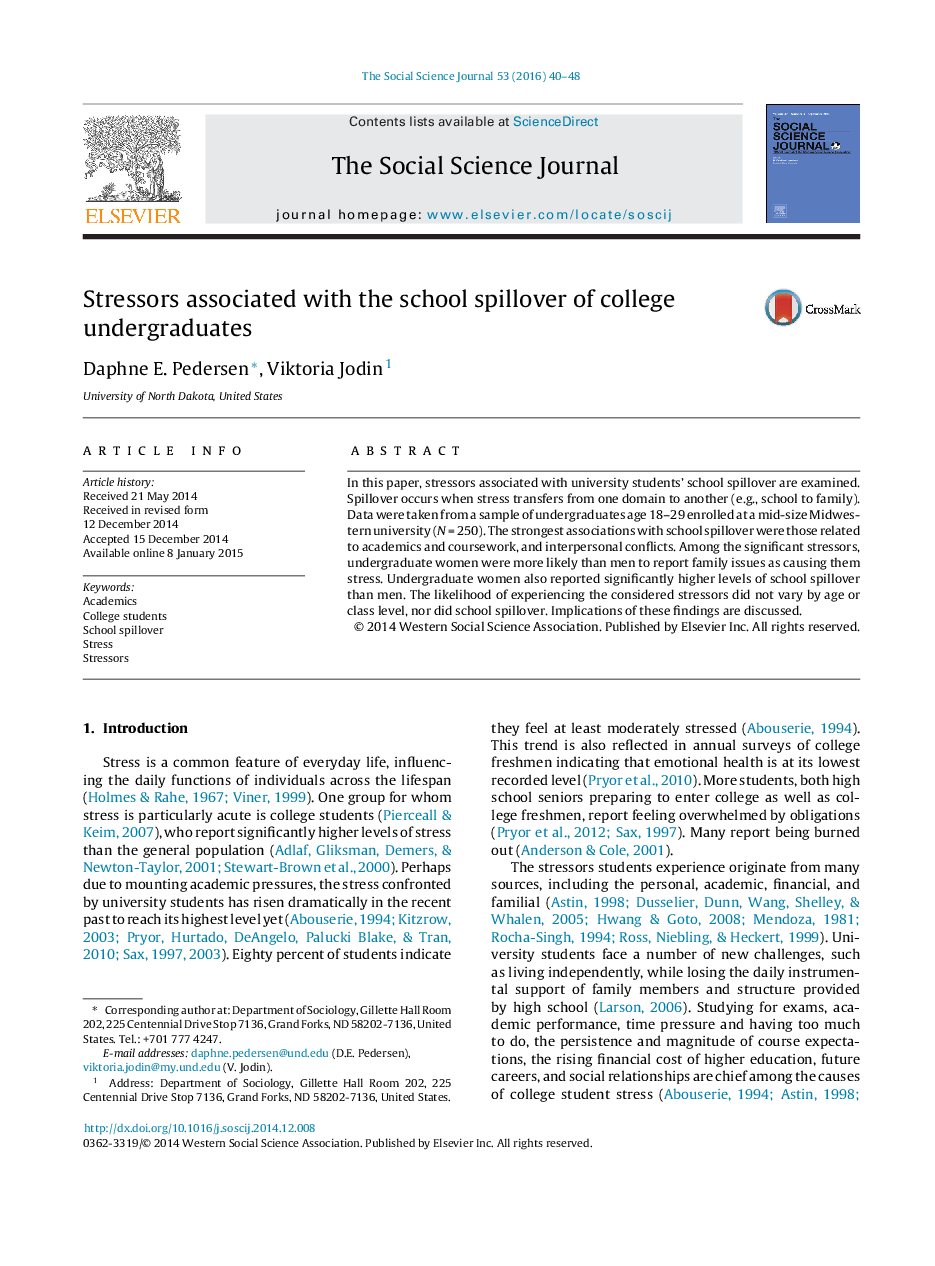 In this paper, stressors associated with university students’ school spillover are examined. Spillover occurs when stress transfers from one domain to another (e.g., school to family). Data were taken from a sample of undergraduates age 18–29 enrolled at a mid-size Midwestern university (N = 250). The strongest associations with school spillover were those related to academics and coursework, and interpersonal conflicts. Among the significant stressors, undergraduate women were more likely than men to report family issues as causing them stress. Undergraduate women also reported significantly higher levels of school spillover than men. The likelihood of experiencing the considered stressors did not vary by age or class level, nor did school spillover. Implications of these findings are discussed.