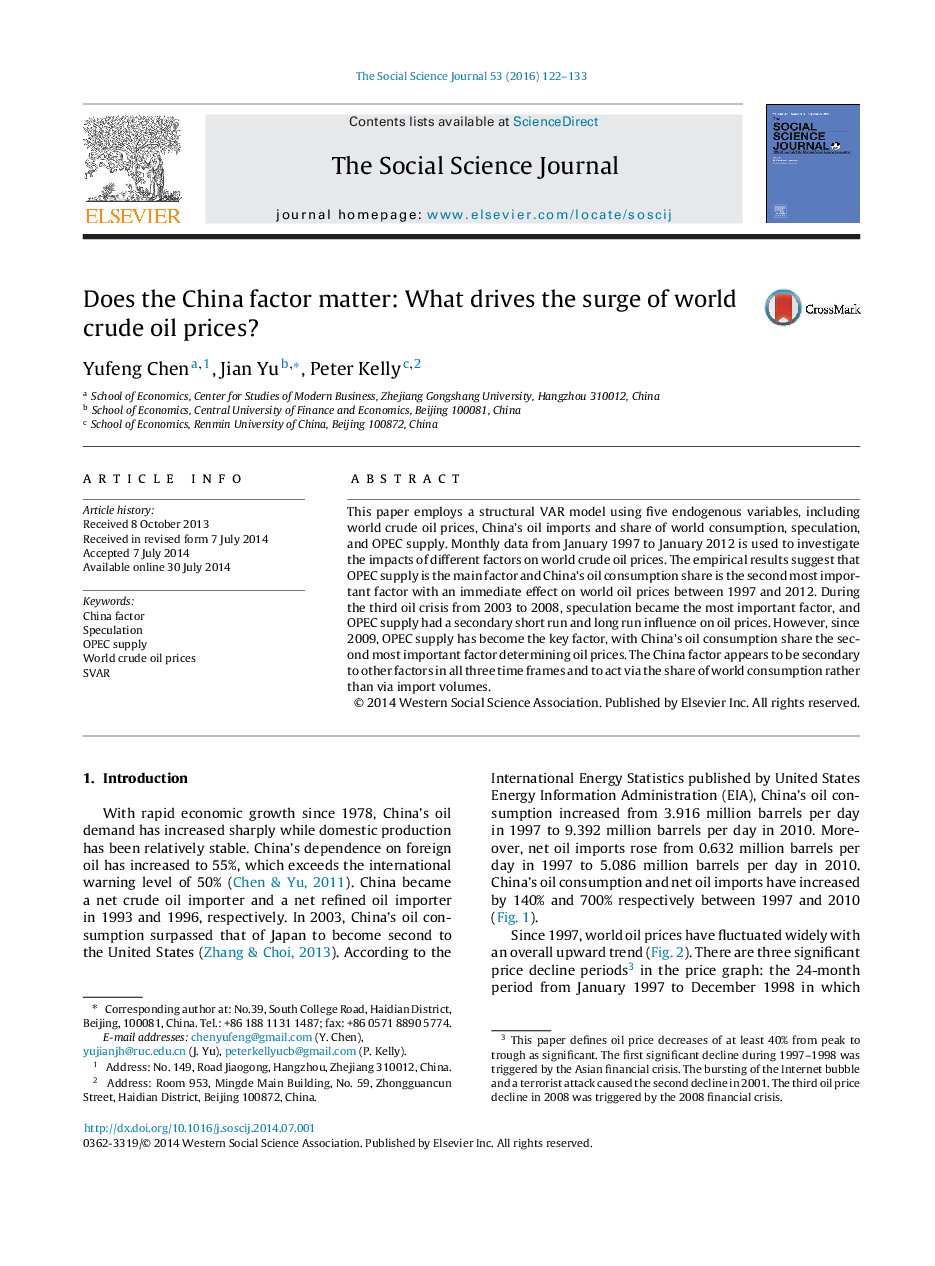 This paper employs a structural VAR model using five endogenous variables, including world crude oil prices, China's oil imports and share of world consumption, speculation, and OPEC supply. Monthly data from January 1997 to January 2012 is used to investigate the impacts of different factors on world crude oil prices. The empirical results suggest that OPEC supply is the main factor and China's oil consumption share is the second most important factor with an immediate effect on world oil prices between 1997 and 2012. During the third oil crisis from 2003 to 2008, speculation became the most important factor, and OPEC supply had a secondary short run and long run influence on oil prices. However, since 2009, OPEC supply has become the key factor, with China's oil consumption share the second most important factor determining oil prices. The China factor appears to be secondary to other factors in all three time frames and to act via the share of world consumption rather than via import volumes.