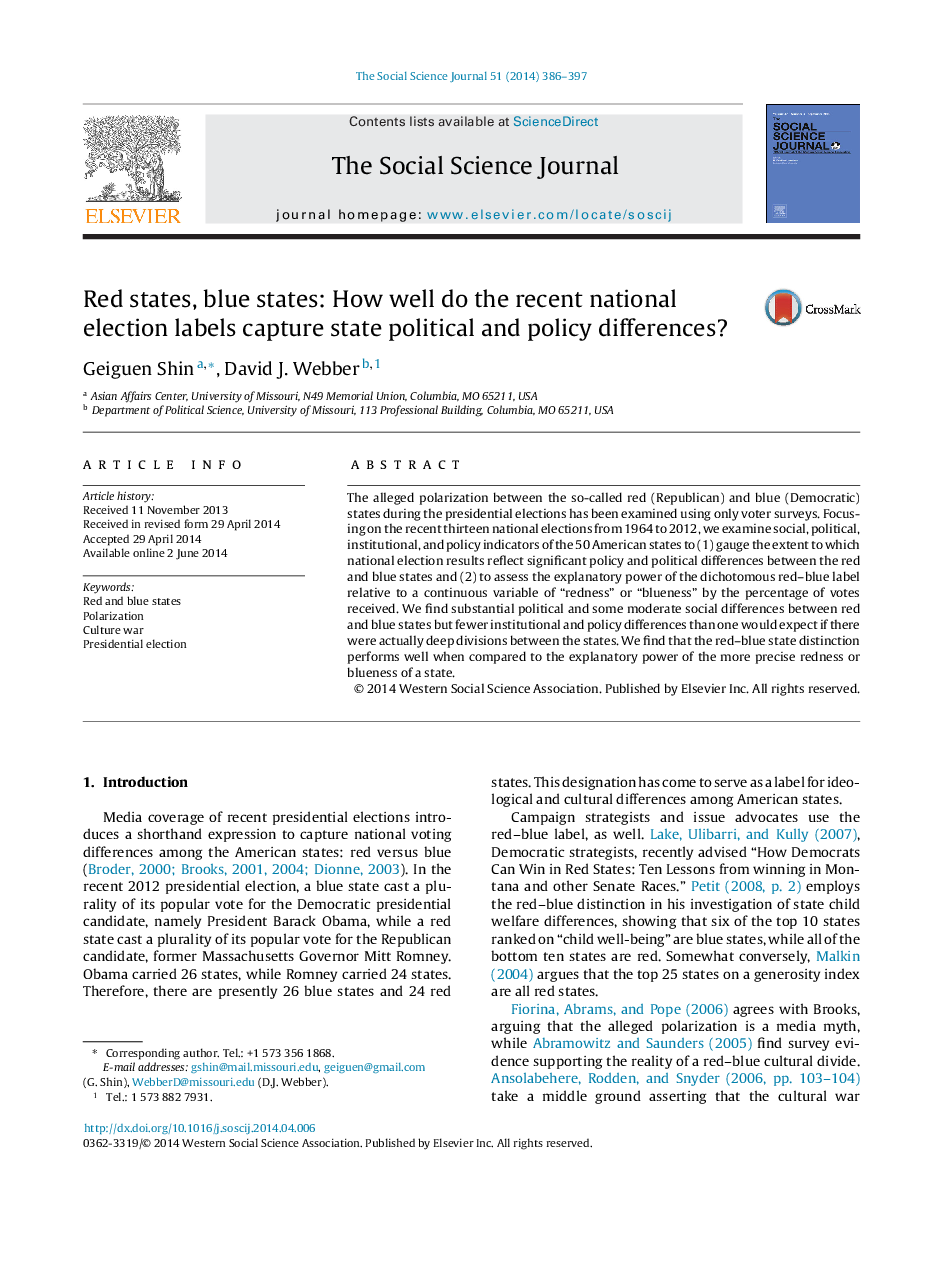 • We examine the usefulness of contemporary red state/blue state dichotomy for analyzing the American states, based on presidential election results.
• We explore the political, socioeconomic, and cultural differences between red and blue states.
• We conduct a series of difference-of-means analyses to ascertain whether red and blue states differ on the measure of 79 state characteristics.
• The results suggest that the red–blue distinction differentiates the states on many of attributes.

The alleged polarization between the so-called red (Republican) and blue (Democratic) states during the presidential elections has been examined using only voter surveys. Focusing on the recent thirteen national elections from 1964 to 2012, we examine social, political, institutional, and policy indicators of the 50 American states to (1) gauge the extent to which national election results reflect significant policy and political differences between the red and blue states and (2) to assess the explanatory power of the dichotomous red–blue label relative to a continuous variable of “redness” or “blueness” by the percentage of votes received. We find substantial political and some moderate social differences between red and blue states but fewer institutional and policy differences than one would expect if there were actually deep divisions between the states. We find that the red–blue state distinction performs well when compared to the explanatory power of the more precise redness or blueness of a state.