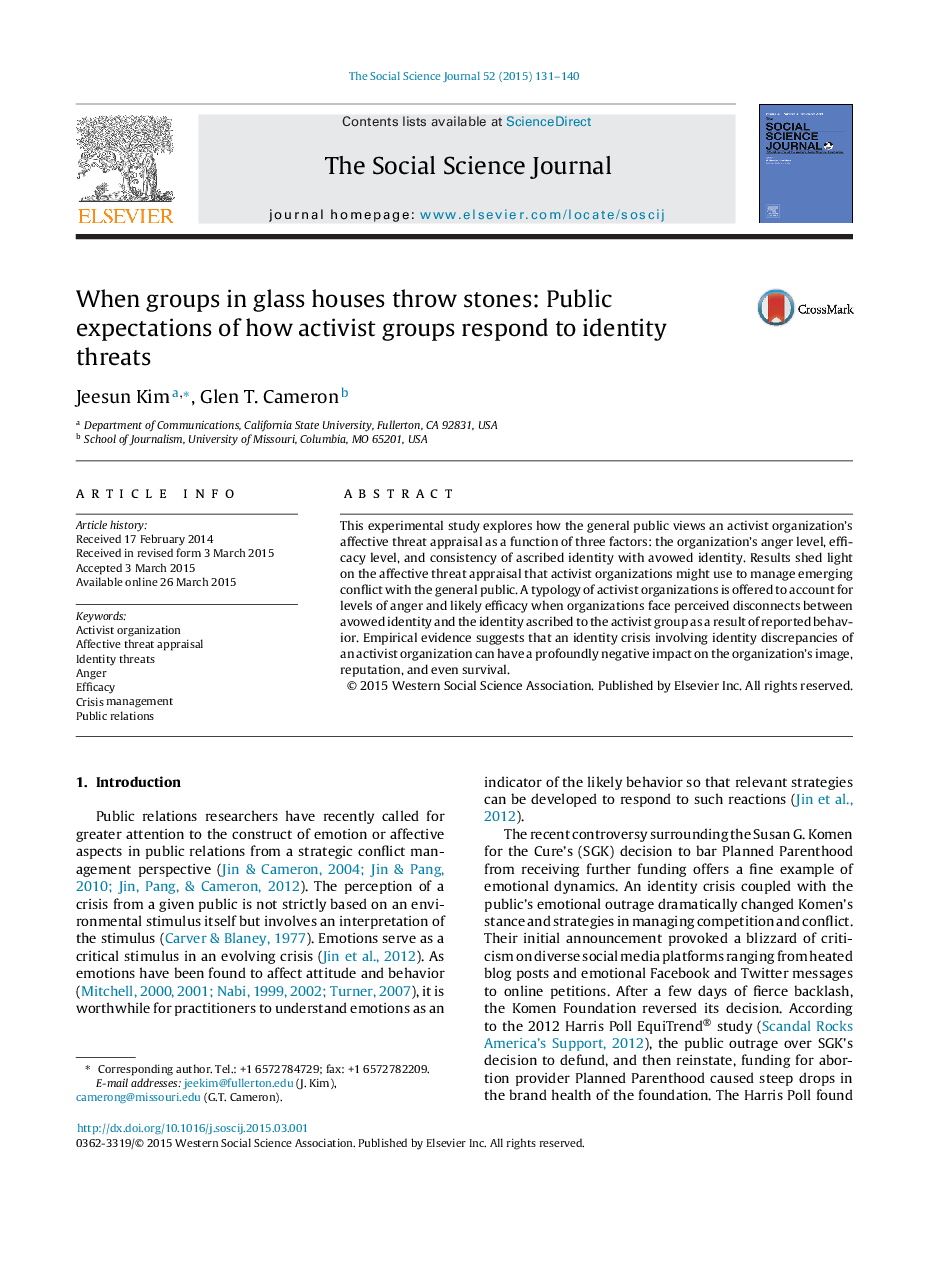 • The study offers a theoretical development of the threat appraisal model and contingency theory.
• Findings suggest potentially negative effects of an identity crisis on activist organizations.
• Angry activist groups are expected to have more negative and intense feelings toward a crisis.
• An interaction effect was found between anger and efficacy on affective valence and arousal.