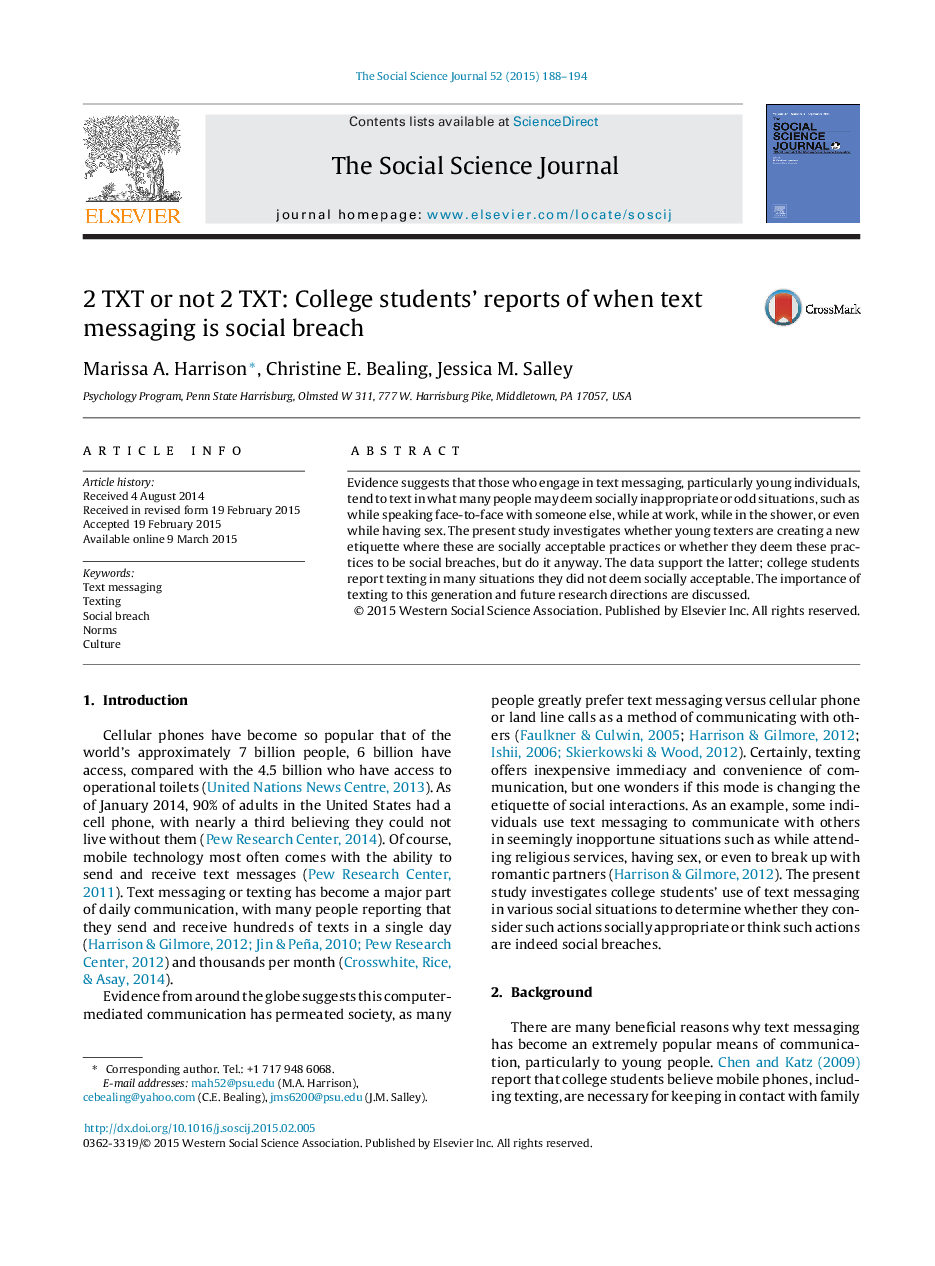 Evidence suggests that those who engage in text messaging, particularly young individuals, tend to text in what many people may deem socially inappropriate or odd situations, such as while speaking face-to-face with someone else, while at work, while in the shower, or even while having sex. The present study investigates whether young texters are creating a new etiquette where these are socially acceptable practices or whether they deem these practices to be social breaches, but do it anyway. The data support the latter; college students report texting in many situations they did not deem socially acceptable. The importance of texting to this generation and future research directions are discussed.