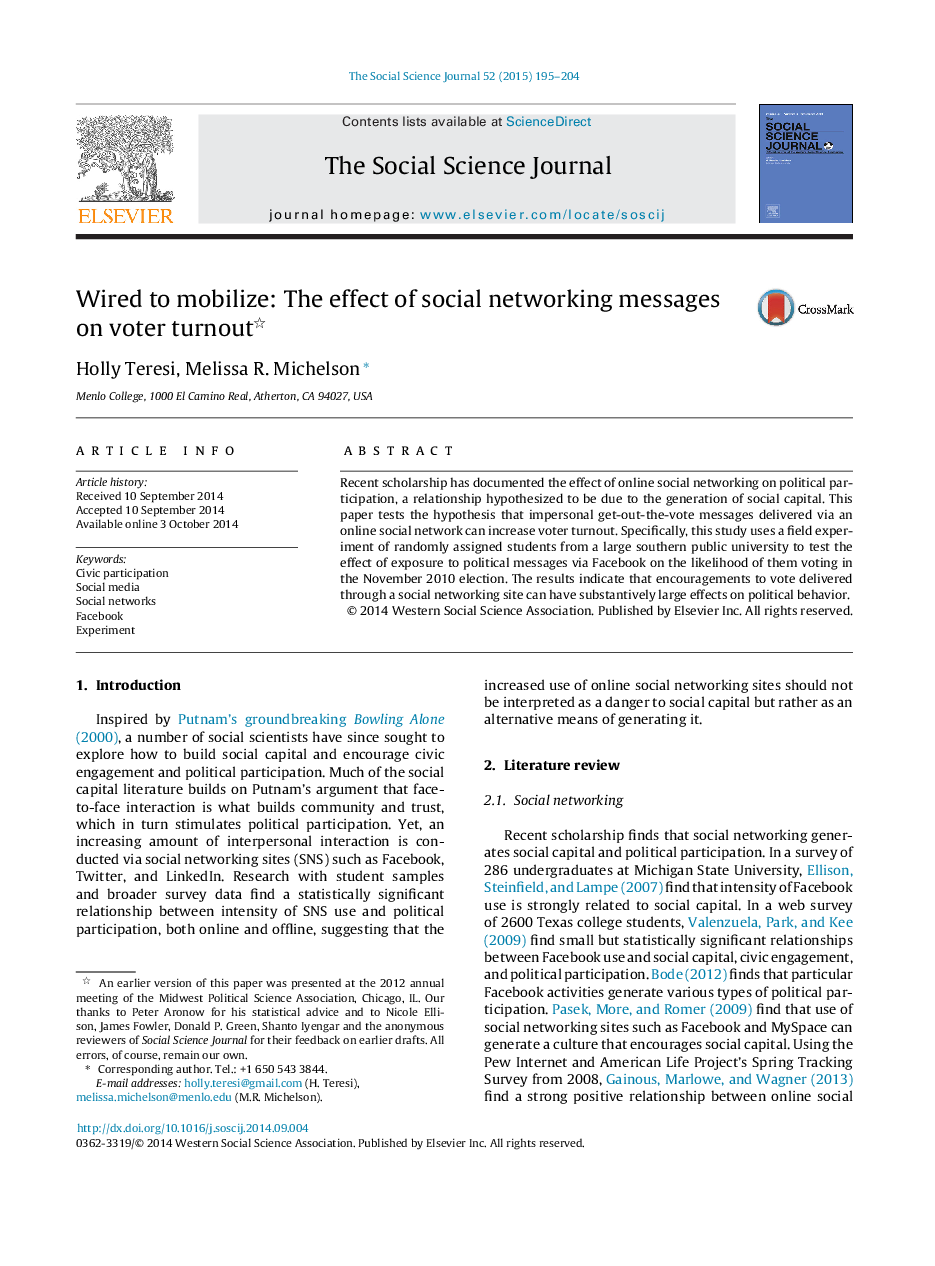 • Undergraduates at a large university were friended on Facebook by a researcher.
• A randomized experiment exposed some students to multiple get-out-the-vote posts.
• Student turnout increased by 8.22 percentage-points, 10.76%-pts for those age <30.
• These effect sizes are much larger than usually found for indirect GOTV methods.

Recent scholarship has documented the effect of online social networking on political participation, a relationship hypothesized to be due to the generation of social capital. This paper tests the hypothesis that impersonal get-out-the-vote messages delivered via an online social network can increase voter turnout. Specifically, this study uses a field experiment of randomly assigned students from a large southern public university to test the effect of exposure to political messages via Facebook on the likelihood of them voting in the November 2010 election. The results indicate that encouragements to vote delivered through a social networking site can have substantively large effects on political behavior.