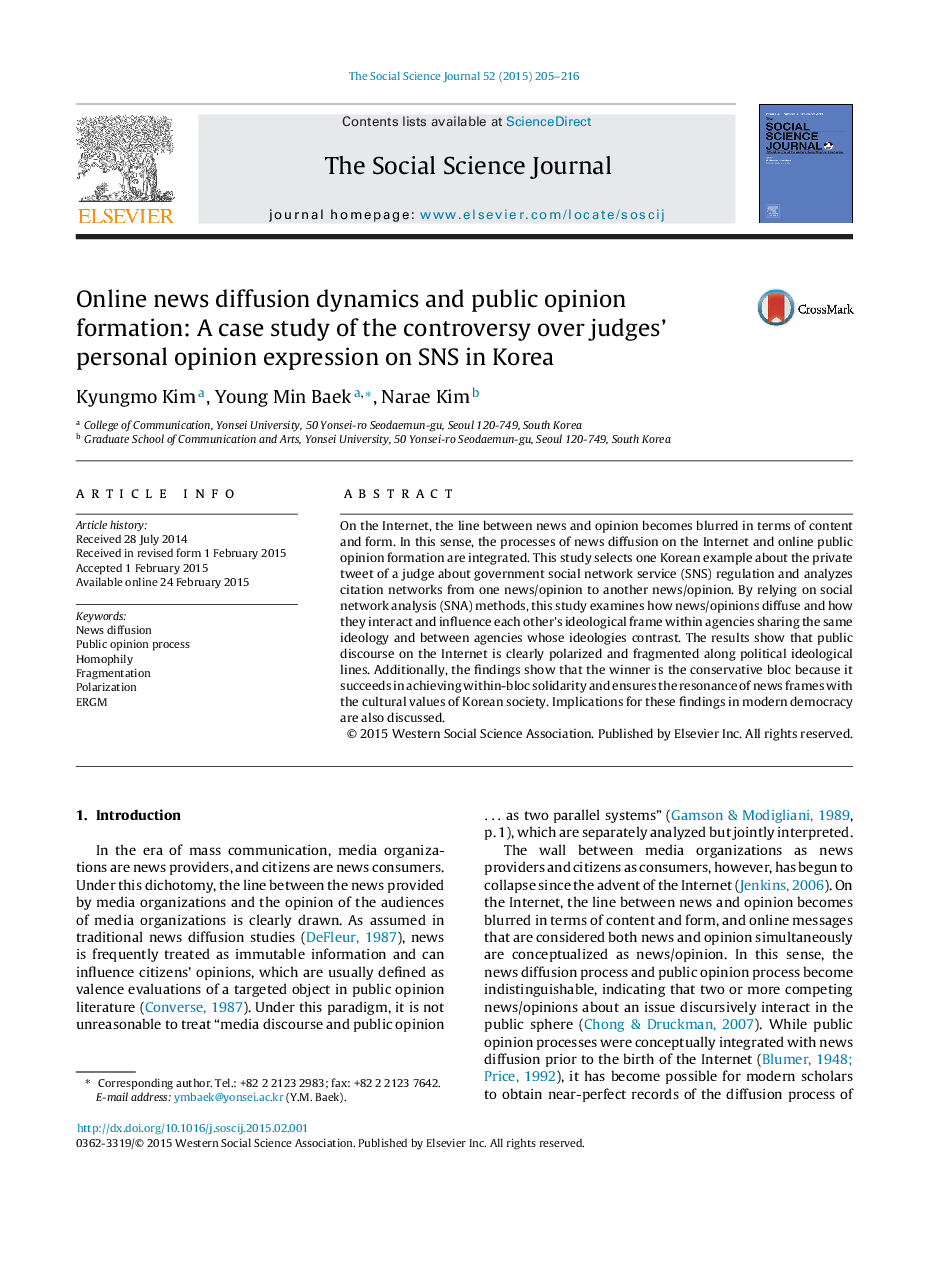 • We analyze frames of news and opinions and how they diffuse on the Internet.
• We find public discourse on the Internet is clearly “polarized” and “fragmented” along political ideological lines.
• In frame competition, the conservative bloc defeats the progressive one because they are more coherent and resonate with traditional values better.

On the Internet, the line between news and opinion becomes blurred in terms of content and form. In this sense, the processes of news diffusion on the Internet and online public opinion formation are integrated. This study selects one Korean example about the private tweet of a judge about government social network service (SNS) regulation and analyzes citation networks from one news/opinion to another news/opinion. By relying on social network analysis (SNA) methods, this study examines how news/opinions diffuse and how they interact and influence each other's ideological frame within agencies sharing the same ideology and between agencies whose ideologies contrast. The results show that public discourse on the Internet is clearly polarized and fragmented along political ideological lines. Additionally, the findings show that the winner is the conservative bloc because it succeeds in achieving within-bloc solidarity and ensures the resonance of news frames with the cultural values of Korean society. Implications for these findings in modern democracy are also discussed.