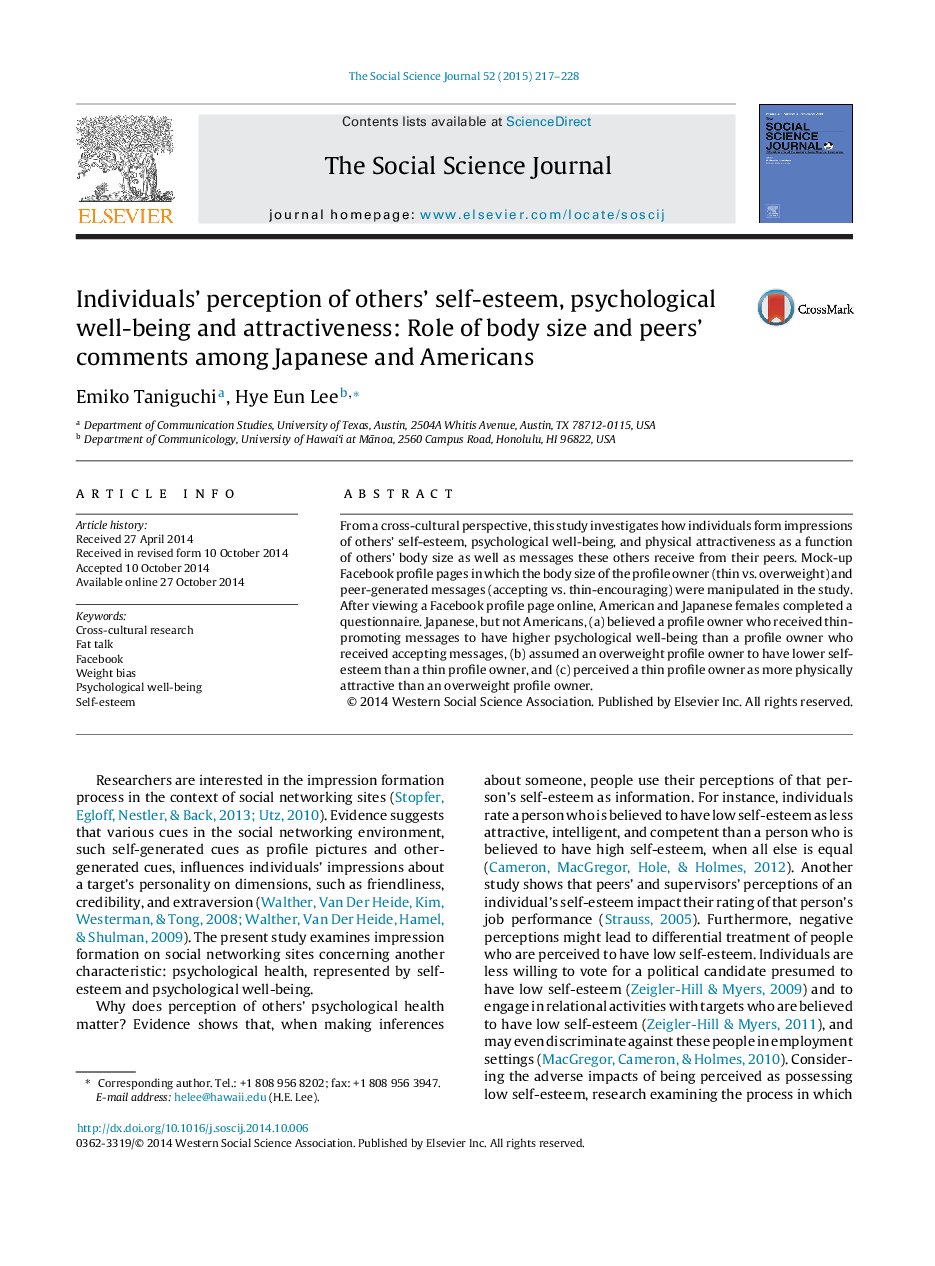 From a cross-cultural perspective, this study investigates how individuals form impressions of others’ self-esteem, psychological well-being, and physical attractiveness as a function of others’ body size as well as messages these others receive from their peers. Mock-up Facebook profile pages in which the body size of the profile owner (thin vs. overweight) and peer-generated messages (accepting vs. thin-encouraging) were manipulated in the study. After viewing a Facebook profile page online, American and Japanese females completed a questionnaire. Japanese, but not Americans, (a) believed a profile owner who received thin-promoting messages to have higher psychological well-being than a profile owner who received accepting messages, (b) assumed an overweight profile owner to have lower self-esteem than a thin profile owner, and (c) perceived a thin profile owner as more physically attractive than an overweight profile owner.