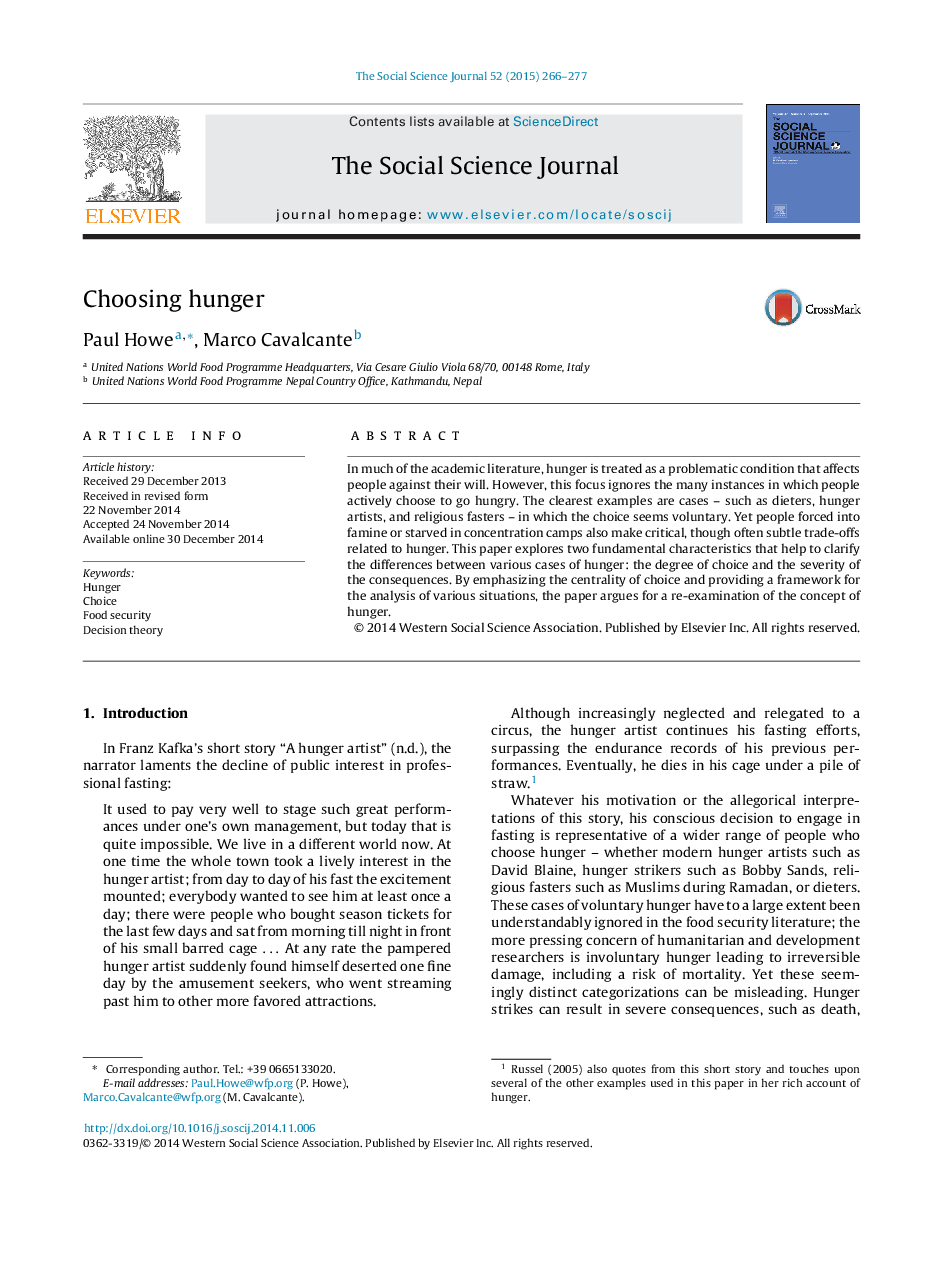 • This paper explores the role of choice in hunger.
• It examines a number of specific cases ranging from hunger strikes to famines.
• It classifies the cases based on the degree of choice and the severity of the consequences.
• Using this framework, it identifies the practical implications for response.

In much of the academic literature, hunger is treated as a problematic condition that affects people against their will. However, this focus ignores the many instances in which people actively choose to go hungry. The clearest examples are cases – such as dieters, hunger artists, and religious fasters – in which the choice seems voluntary. Yet people forced into famine or starved in concentration camps also make critical, though often subtle trade-offs related to hunger. This paper explores two fundamental characteristics that help to clarify the differences between various cases of hunger: the degree of choice and the severity of the consequences. By emphasizing the centrality of choice and providing a framework for the analysis of various situations, the paper argues for a re-examination of the concept of hunger.