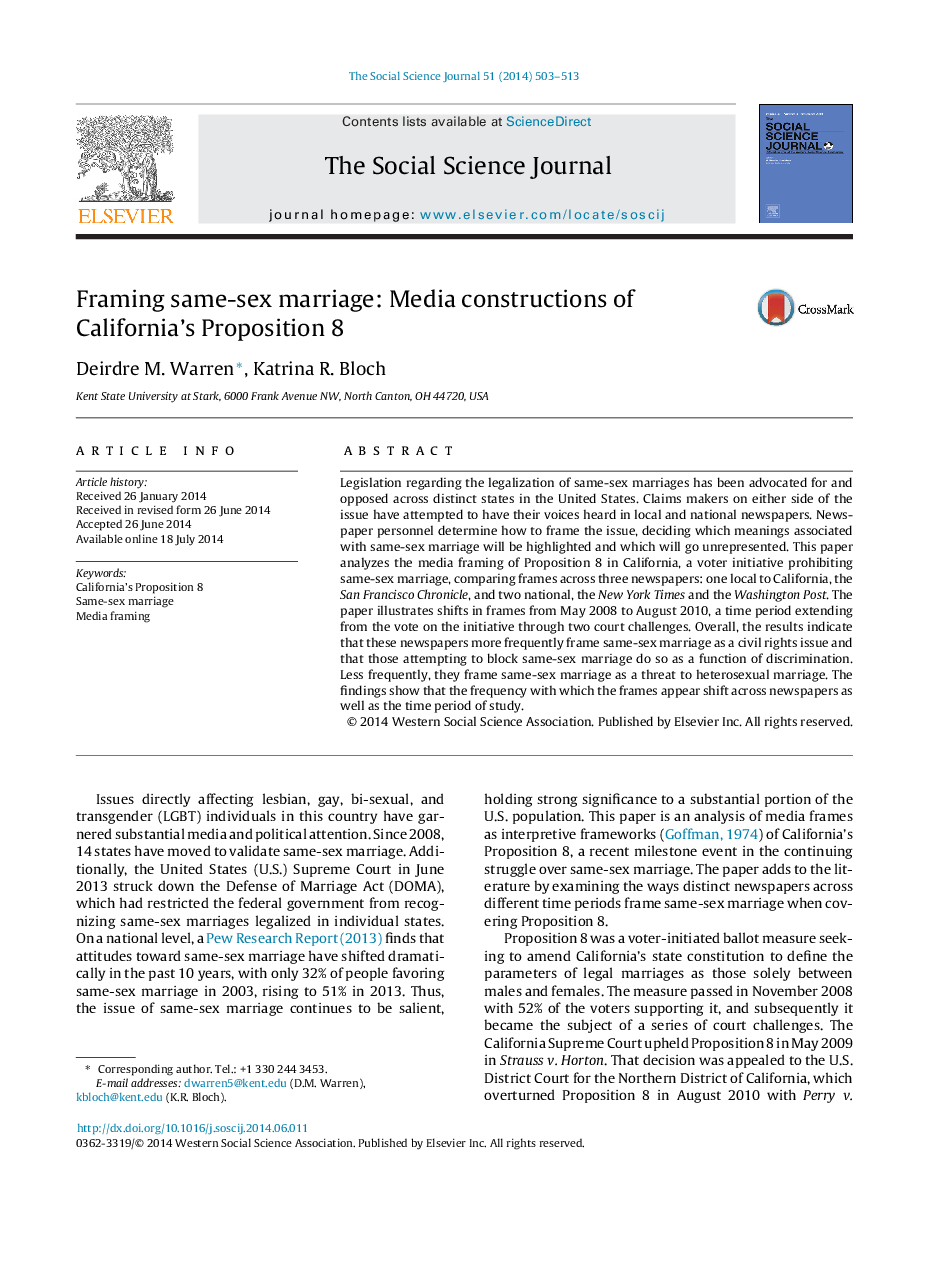 Legislation regarding the legalization of same-sex marriages has been advocated for and opposed across distinct states in the United States. Claims makers on either side of the issue have attempted to have their voices heard in local and national newspapers. Newspaper personnel determine how to frame the issue, deciding which meanings associated with same-sex marriage will be highlighted and which will go unrepresented. This paper analyzes the media framing of Proposition 8 in California, a voter initiative prohibiting same-sex marriage, comparing frames across three newspapers: one local to California, the San Francisco Chronicle, and two national, the New York Times and the Washington Post. The paper illustrates shifts in frames from May 2008 to August 2010, a time period extending from the vote on the initiative through two court challenges. Overall, the results indicate that these newspapers more frequently frame same-sex marriage as a civil rights issue and that those attempting to block same-sex marriage do so as a function of discrimination. Less frequently, they frame same-sex marriage as a threat to heterosexual marriage. The findings show that the frequency with which the frames appear shift across newspapers as well as the time period of study.