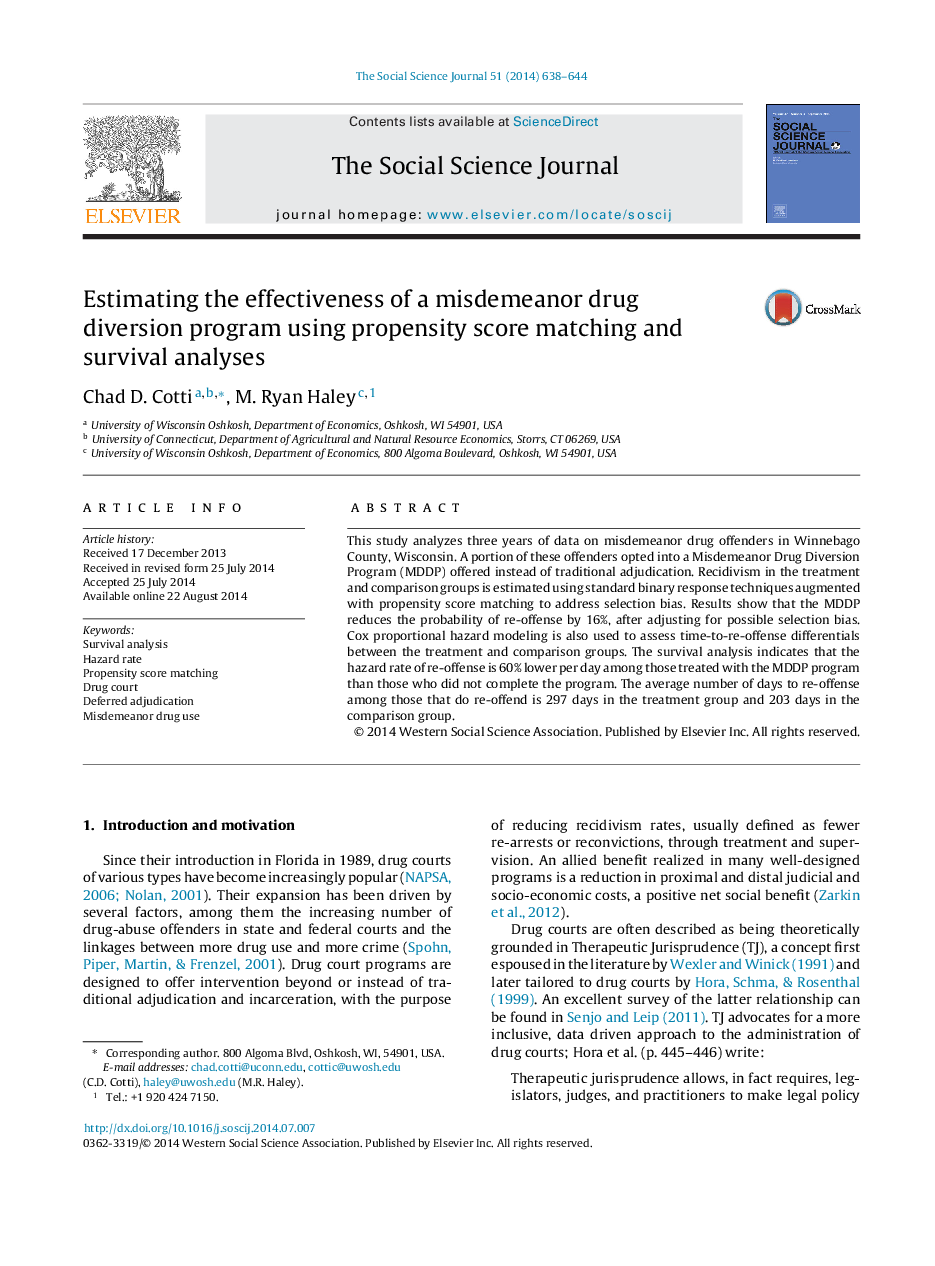 • This paper explores the impact of a drug diversion program on drug offense; matching is used to account for selection bias.
• Empirical results show the treatment reduces the probability of re-offense by 16%, after accounting for selection.
• Hazard models are used to assess re-offense differentials; results indicate that the rate of re-offense is reduced.

This study analyzes three years of data on misdemeanor drug offenders in Winnebago County, Wisconsin. A portion of these offenders opted into a Misdemeanor Drug Diversion Program (MDDP) offered instead of traditional adjudication. Recidivism in the treatment and comparison groups is estimated using standard binary response techniques augmented with propensity score matching to address selection bias. Results show that the MDDP reduces the probability of re-offense by 16%, after adjusting for possible selection bias. Cox proportional hazard modeling is also used to assess time-to-re-offense differentials between the treatment and comparison groups. The survival analysis indicates that the hazard rate of re-offense is 60% lower per day among those treated with the MDDP program than those who did not complete the program. The average number of days to re-offense among those that do re-offend is 297 days in the treatment group and 203 days in the comparison group.