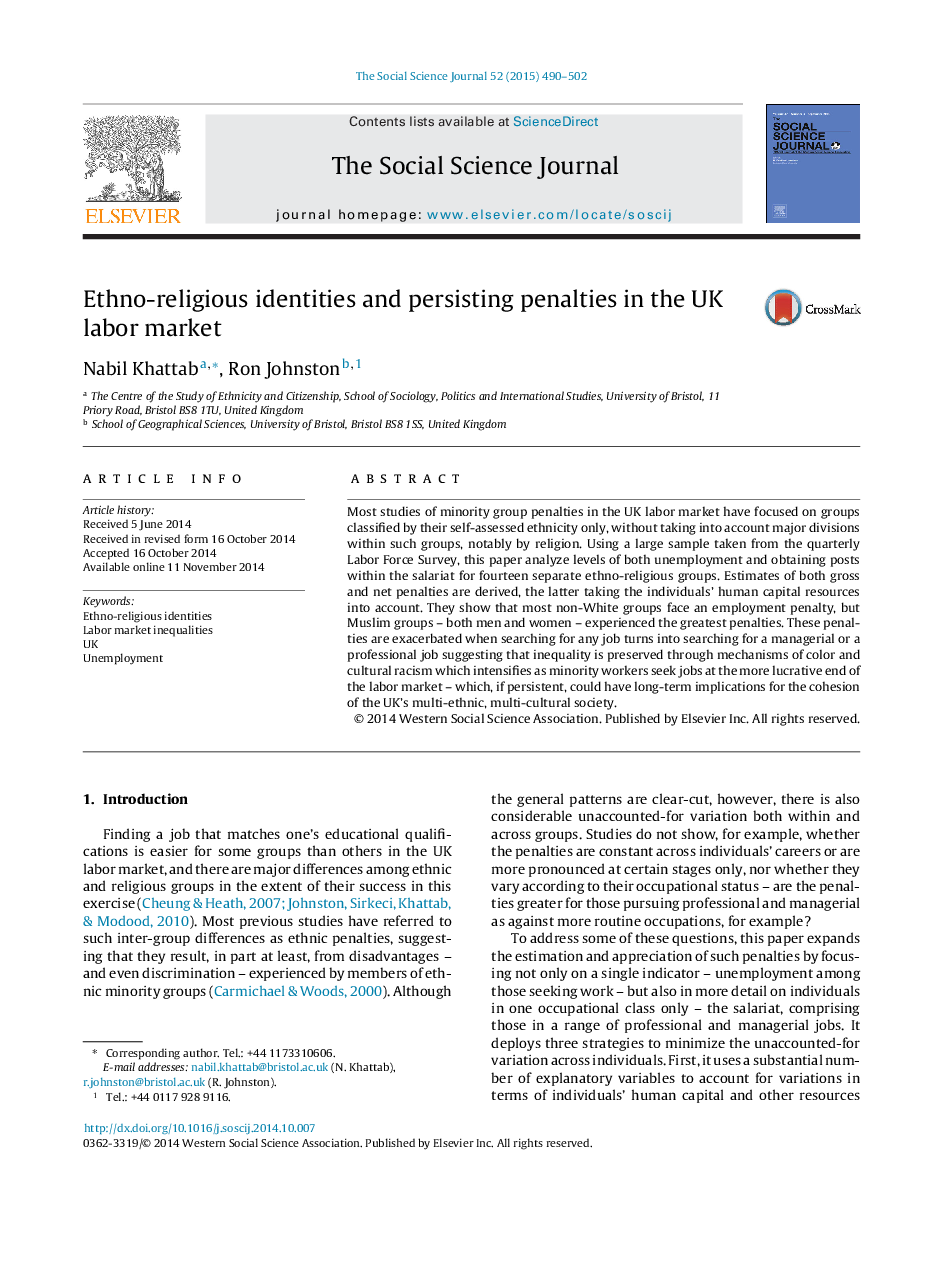 • Categorising individuals by their self-assessed ethnicity and their religious affiliation has enhanced our appreciation of the extent of labour market penalties experienced by minority groups in the United Kingdom.
• Muslims experience the greatest penalties with regard to avoiding unemployment – especially Muslim women.
• These penalties were larger when the focus turned to whether those who are employed have a job in a salariat occupation.
• Members of the Jewish White-British were more advantaged than any other group including their Christian White-British comparators.

Most studies of minority group penalties in the UK labor market have focused on groups classified by their self-assessed ethnicity only, without taking into account major divisions within such groups, notably by religion. Using a large sample taken from the quarterly Labor Force Survey, this paper analyze levels of both unemployment and obtaining posts within the salariat for fourteen separate ethno-religious groups. Estimates of both gross and net penalties are derived, the latter taking the individuals’ human capital resources into account. They show that most non-White groups face an employment penalty, but Muslim groups – both men and women – experienced the greatest penalties. These penalties are exacerbated when searching for any job turns into searching for a managerial or a professional job suggesting that inequality is preserved through mechanisms of color and cultural racism which intensifies as minority workers seek jobs at the more lucrative end of the labor market – which, if persistent, could have long-term implications for the cohesion of the UK's multi-ethnic, multi-cultural society.