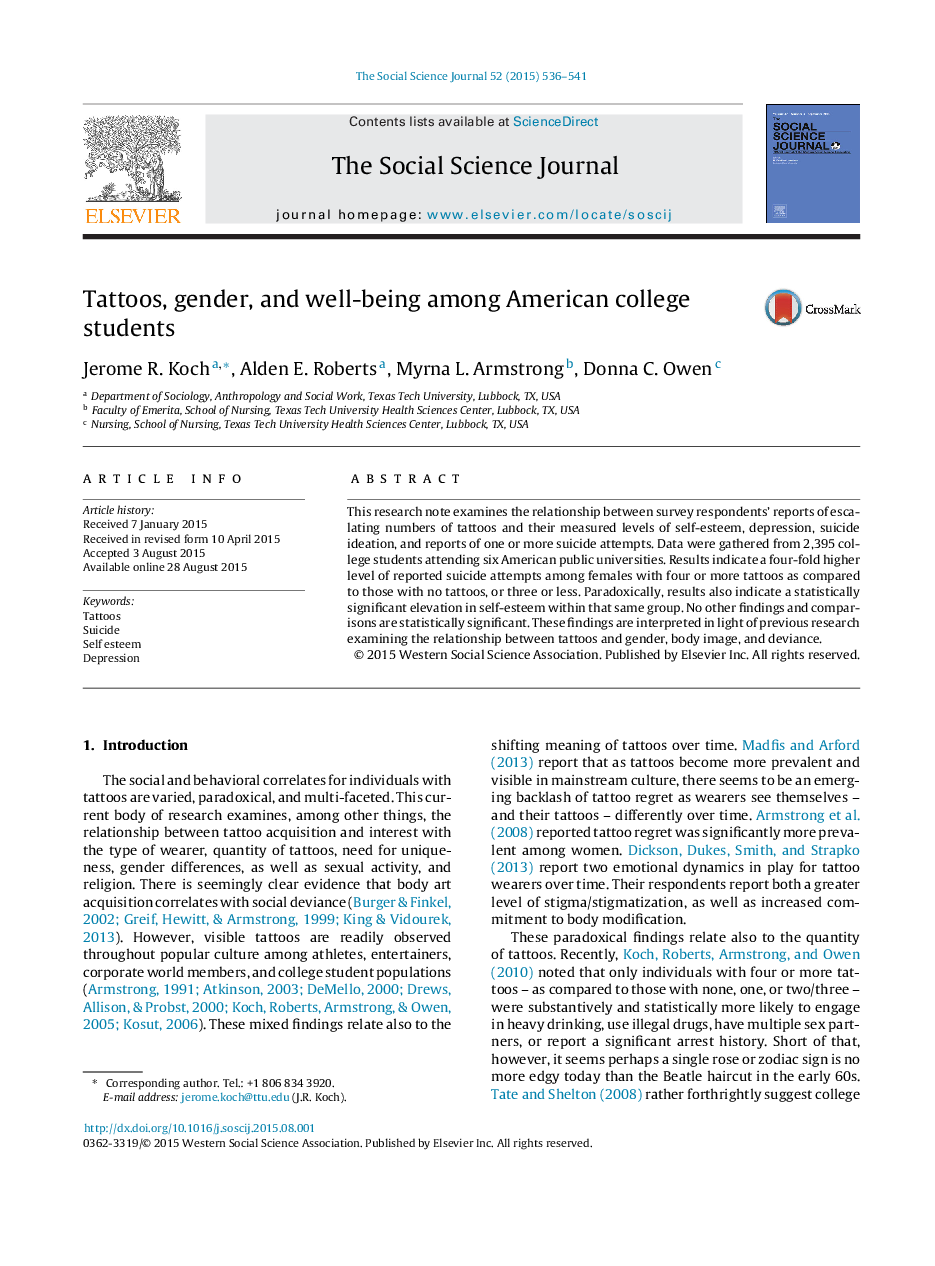 This research note examines the relationship between survey respondents’ reports of escalating numbers of tattoos and their measured levels of self-esteem, depression, suicide ideation, and reports of one or more suicide attempts. Data were gathered from 2,395 college students attending six American public universities. Results indicate a four-fold higher level of reported suicide attempts among females with four or more tattoos as compared to those with no tattoos, or three or less. Paradoxically, results also indicate a statistically significant elevation in self-esteem within that same group. No other findings and comparisons are statistically significant. These findings are interpreted in light of previous research examining the relationship between tattoos and gender, body image, and deviance.