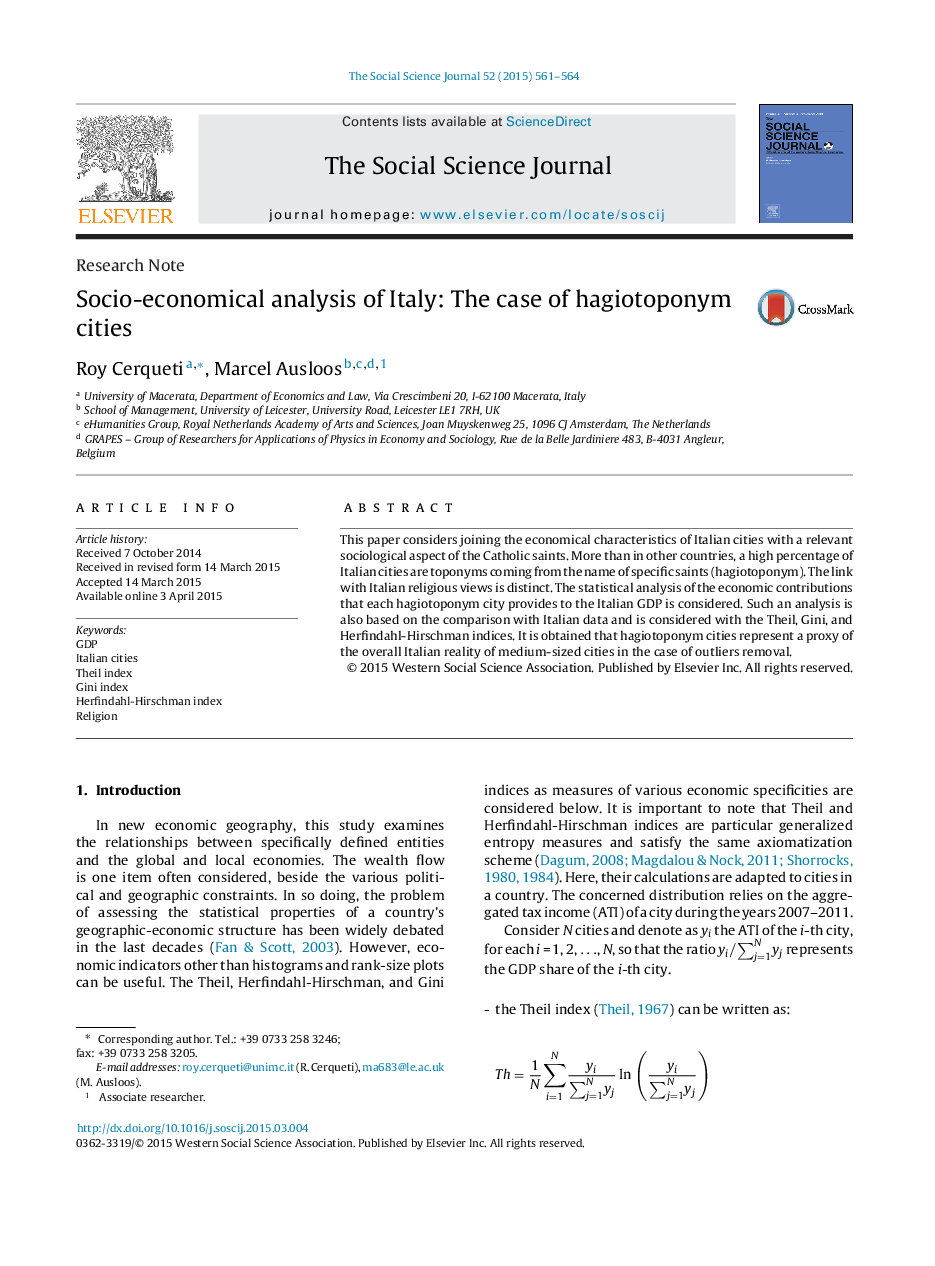 • The role of religion (via hagiotoponyms) in the Italian urbanization is studied.
• The economical size of the hagiotoponym Italian cities in 2007–2011 is discussed.
• A statistical analysis of the considered dataset is performed.
• A comparison of the sample with the overall Italian situation is proposed.

This paper considers joining the economical characteristics of Italian cities with a relevant sociological aspect of the Catholic saints. More than in other countries, a high percentage of Italian cities are toponyms coming from the name of specific saints (hagiotoponym). The link with Italian religious views is distinct. The statistical analysis of the economic contributions that each hagiotoponym city provides to the Italian GDP is considered. Such an analysis is also based on the comparison with Italian data and is considered with the Theil, Gini, and Herfindahl-Hirschman indices. It is obtained that hagiotoponym cities represent a proxy of the overall Italian reality of medium-sized cities in the case of outliers removal.