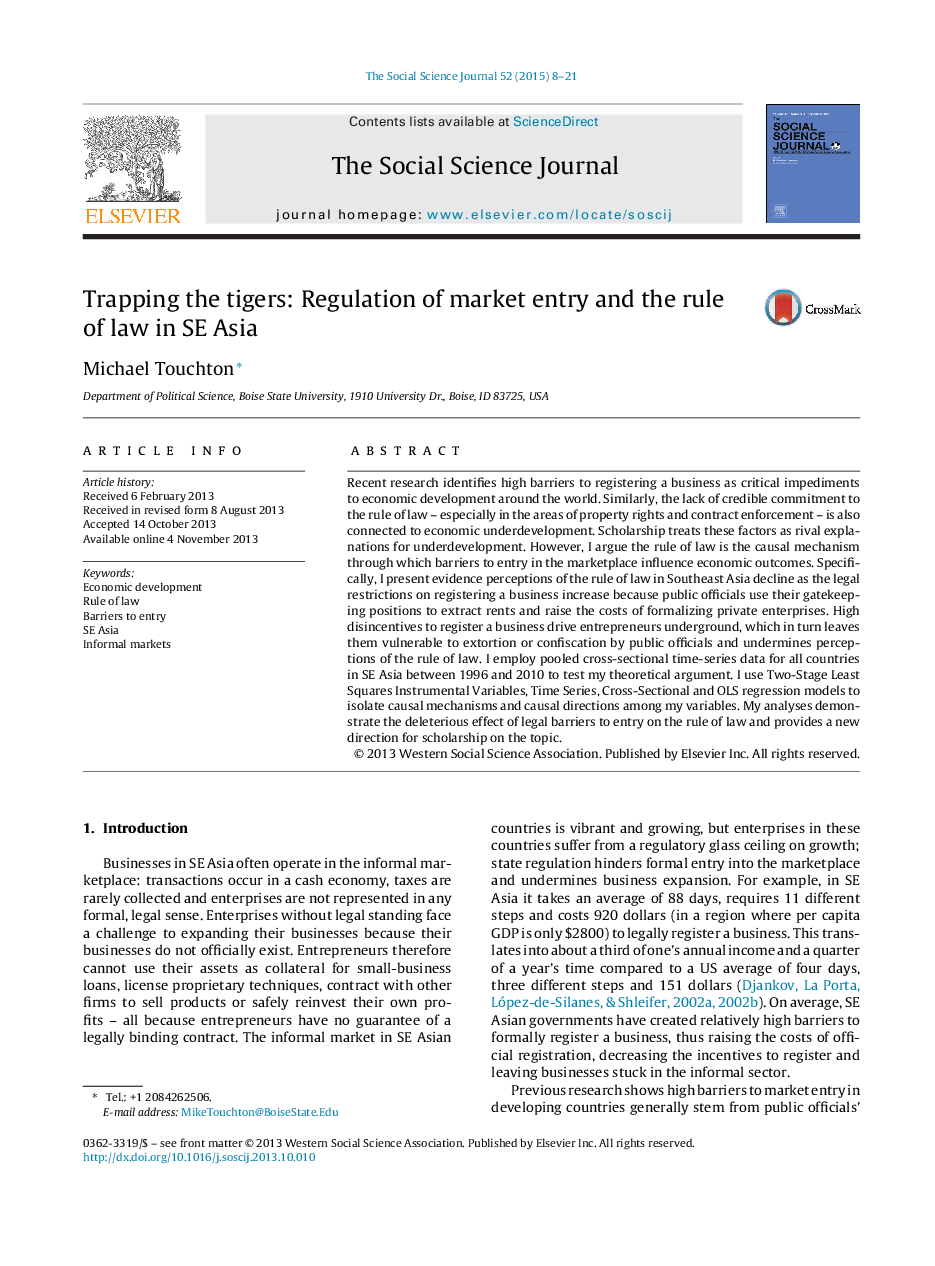 Recent research identifies high barriers to registering a business as critical impediments to economic development around the world. Similarly, the lack of credible commitment to the rule of law – especially in the areas of property rights and contract enforcement – is also connected to economic underdevelopment. Scholarship treats these factors as rival explanations for underdevelopment. However, I argue the rule of law is the causal mechanism through which barriers to entry in the marketplace influence economic outcomes. Specifically, I present evidence perceptions of the rule of law in Southeast Asia decline as the legal restrictions on registering a business increase because public officials use their gatekeeping positions to extract rents and raise the costs of formalizing private enterprises. High disincentives to register a business drive entrepreneurs underground, which in turn leaves them vulnerable to extortion or confiscation by public officials and undermines perceptions of the rule of law. I employ pooled cross-sectional time-series data for all countries in SE Asia between 1996 and 2010 to test my theoretical argument. I use Two-Stage Least Squares Instrumental Variables, Time Series, Cross-Sectional and OLS regression models to isolate causal mechanisms and causal directions among my variables. My analyses demonstrate the deleterious effect of legal barriers to entry on the rule of law and provides a new direction for scholarship on the topic.