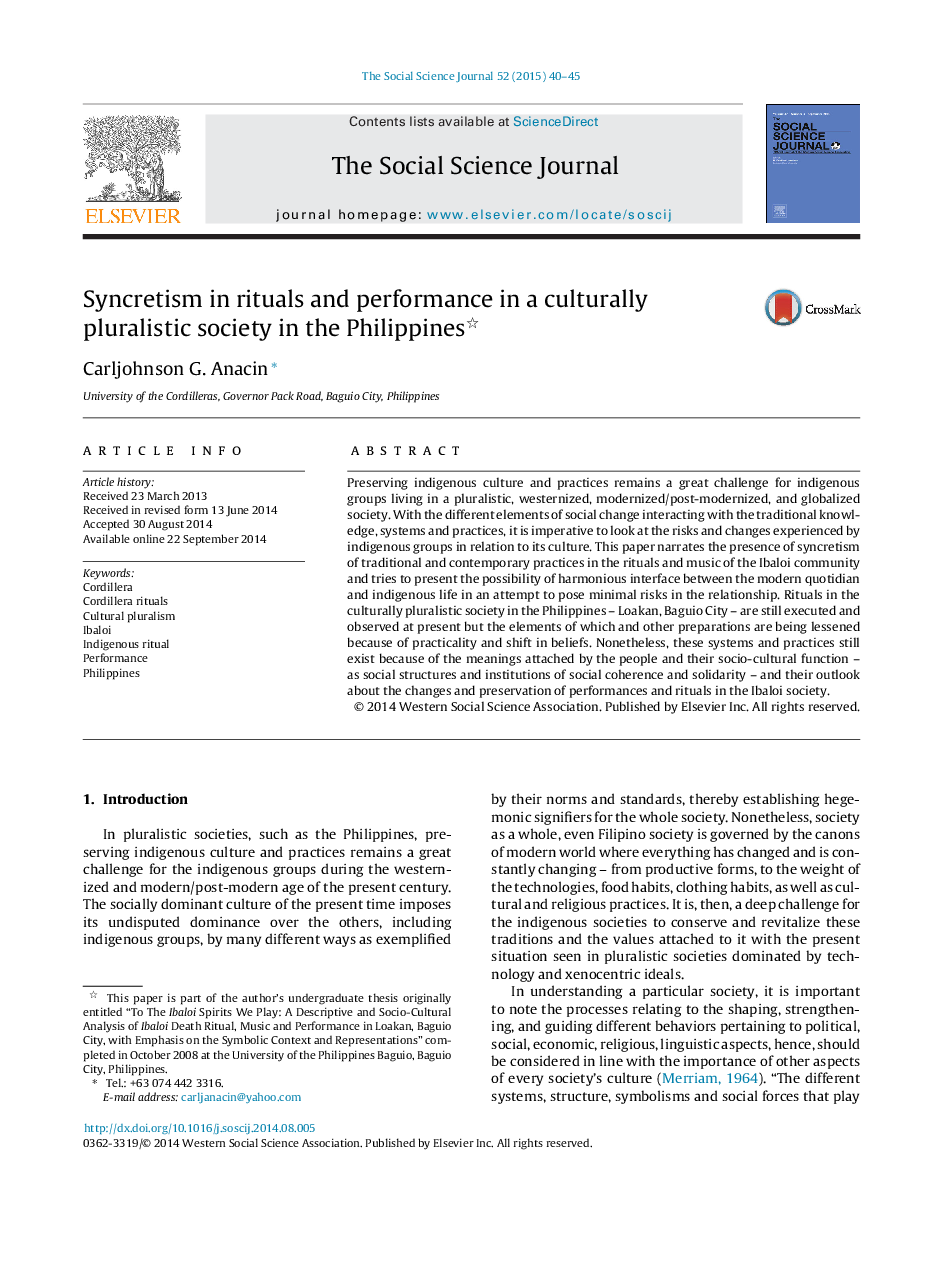 • Indigenous practices and performance of Ibaloi community in the Philippines.
• Changes and preservation of rituals in an urban indigenous society.
• Syncretism of traditional and modern practices and beliefs in culturally pluralistic society.
• Rituals as institution of social coherence and solidarity.
• Modernization and introduction of contemporary ideas put indigeneity at risk.

Preserving indigenous culture and practices remains a great challenge for indigenous groups living in a pluralistic, westernized, modernized/post-modernized, and globalized society. With the different elements of social change interacting with the traditional knowledge, systems and practices, it is imperative to look at the risks and changes experienced by indigenous groups in relation to its culture. This paper narrates the presence of syncretism of traditional and contemporary practices in the rituals and music of the Ibaloi community and tries to present the possibility of harmonious interface between the modern quotidian and indigenous life in an attempt to pose minimal risks in the relationship. Rituals in the culturally pluralistic society in the Philippines – Loakan, Baguio City – are still executed and observed at present but the elements of which and other preparations are being lessened because of practicality and shift in beliefs. Nonetheless, these systems and practices still exist because of the meanings attached by the people and their socio-cultural function – as social structures and institutions of social coherence and solidarity – and their outlook about the changes and preservation of performances and rituals in the Ibaloi society.