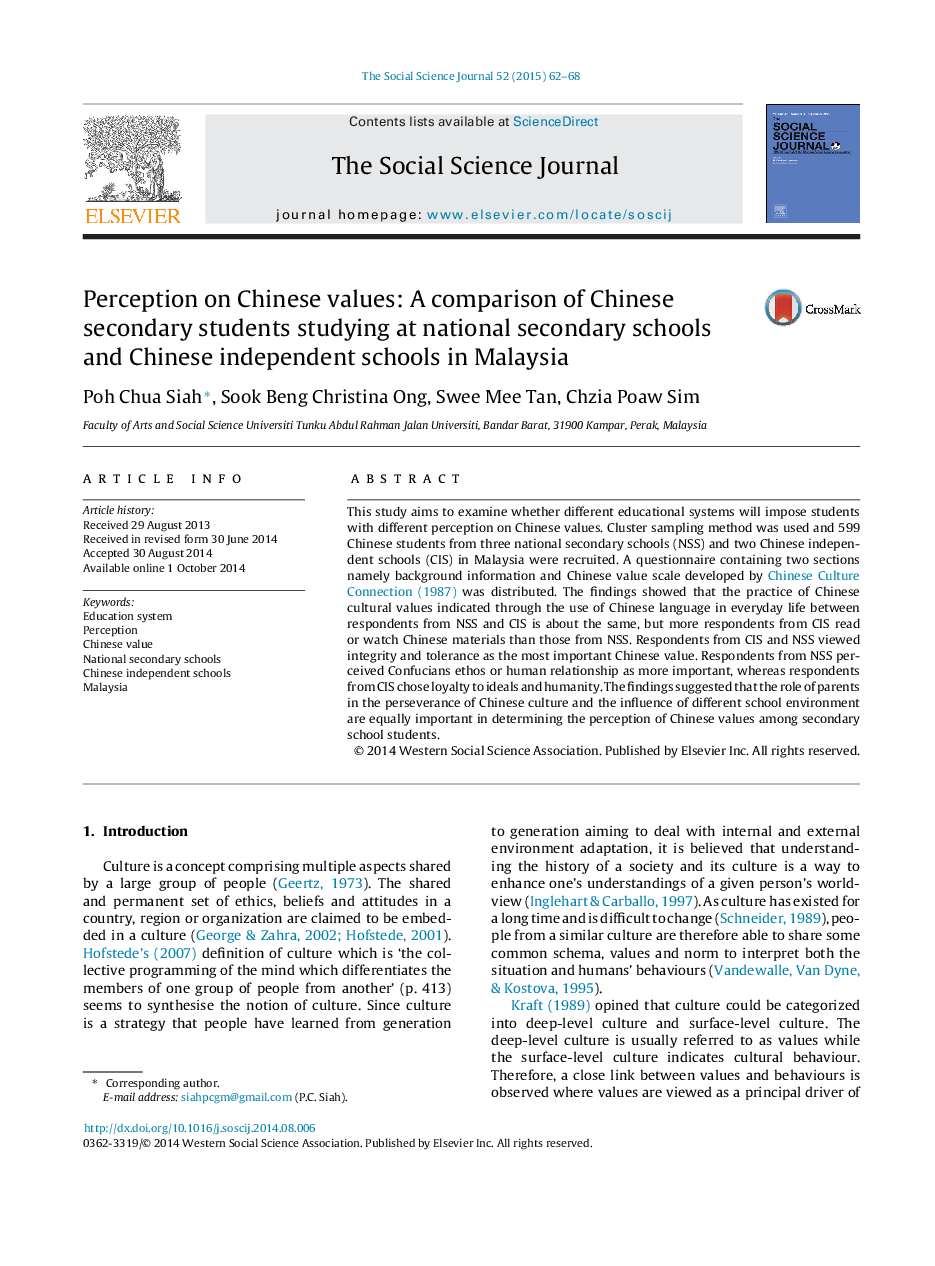 This study aims to examine whether different educational systems will impose students with different perception on Chinese values. Cluster sampling method was used and 599 Chinese students from three national secondary schools (NSS) and two Chinese independent schools (CIS) in Malaysia were recruited. A questionnaire containing two sections namely background information and Chinese value scale developed by Chinese Culture Connection (1987) was distributed. The findings showed that the practice of Chinese cultural values indicated through the use of Chinese language in everyday life between respondents from NSS and CIS is about the same, but more respondents from CIS read or watch Chinese materials than those from NSS. Respondents from CIS and NSS viewed integrity and tolerance as the most important Chinese value. Respondents from NSS perceived Confucians ethos or human relationship as more important, whereas respondents from CIS chose loyalty to ideals and humanity. The findings suggested that the role of parents in the perseverance of Chinese culture and the influence of different school environment are equally important in determining the perception of Chinese values among secondary school students.