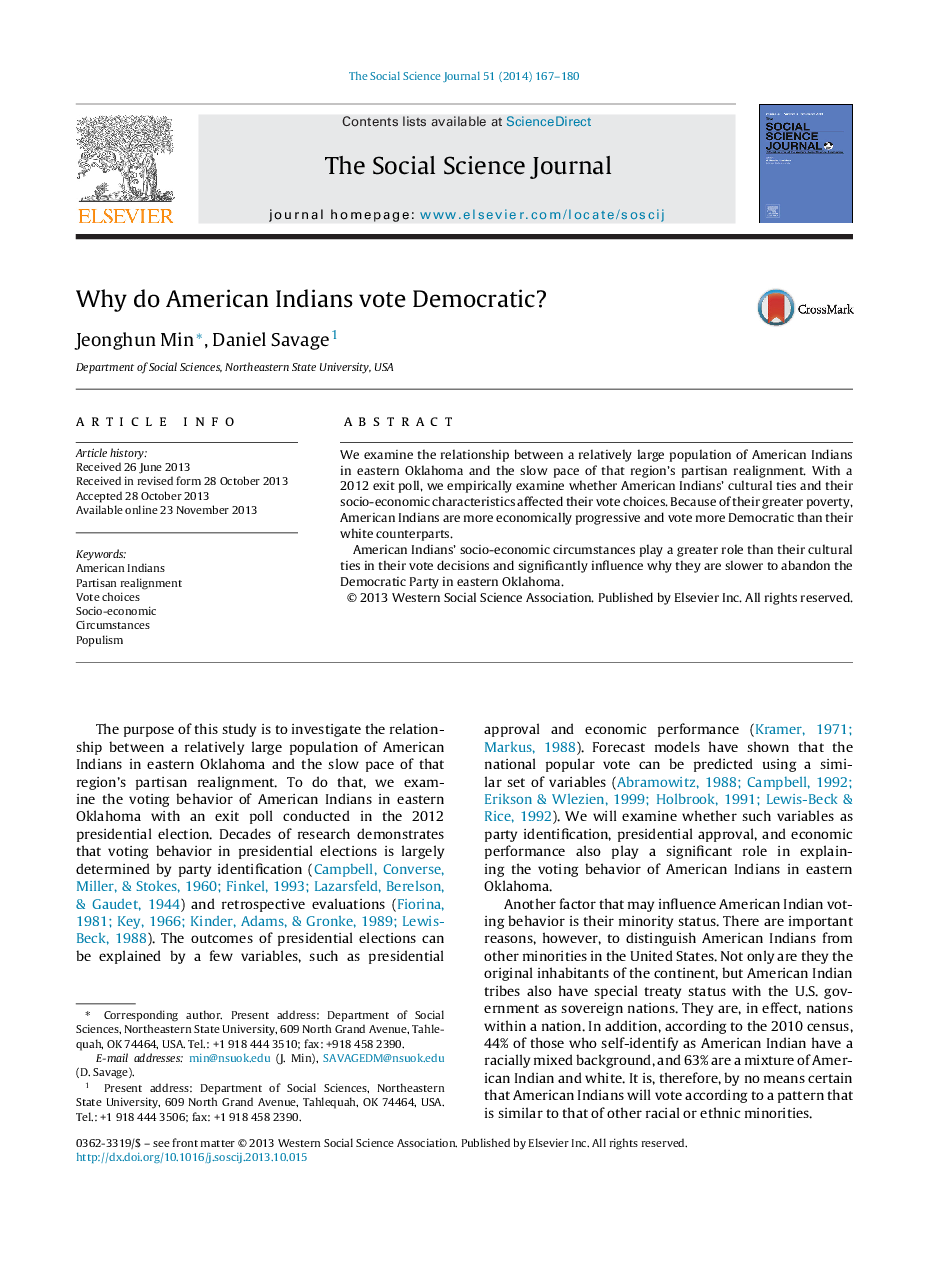 We examine the relationship between a relatively large population of American Indians in eastern Oklahoma and the slow pace of that region's partisan realignment. With a 2012 exit poll, we empirically examine whether American Indians’ cultural ties and their socio-economic characteristics affected their vote choices. Because of their greater poverty, American Indians are more economically progressive and vote more Democratic than their white counterparts.American Indians’ socio-economic circumstances play a greater role than their cultural ties in their vote decisions and significantly influence why they are slower to abandon the Democratic Party in eastern Oklahoma.