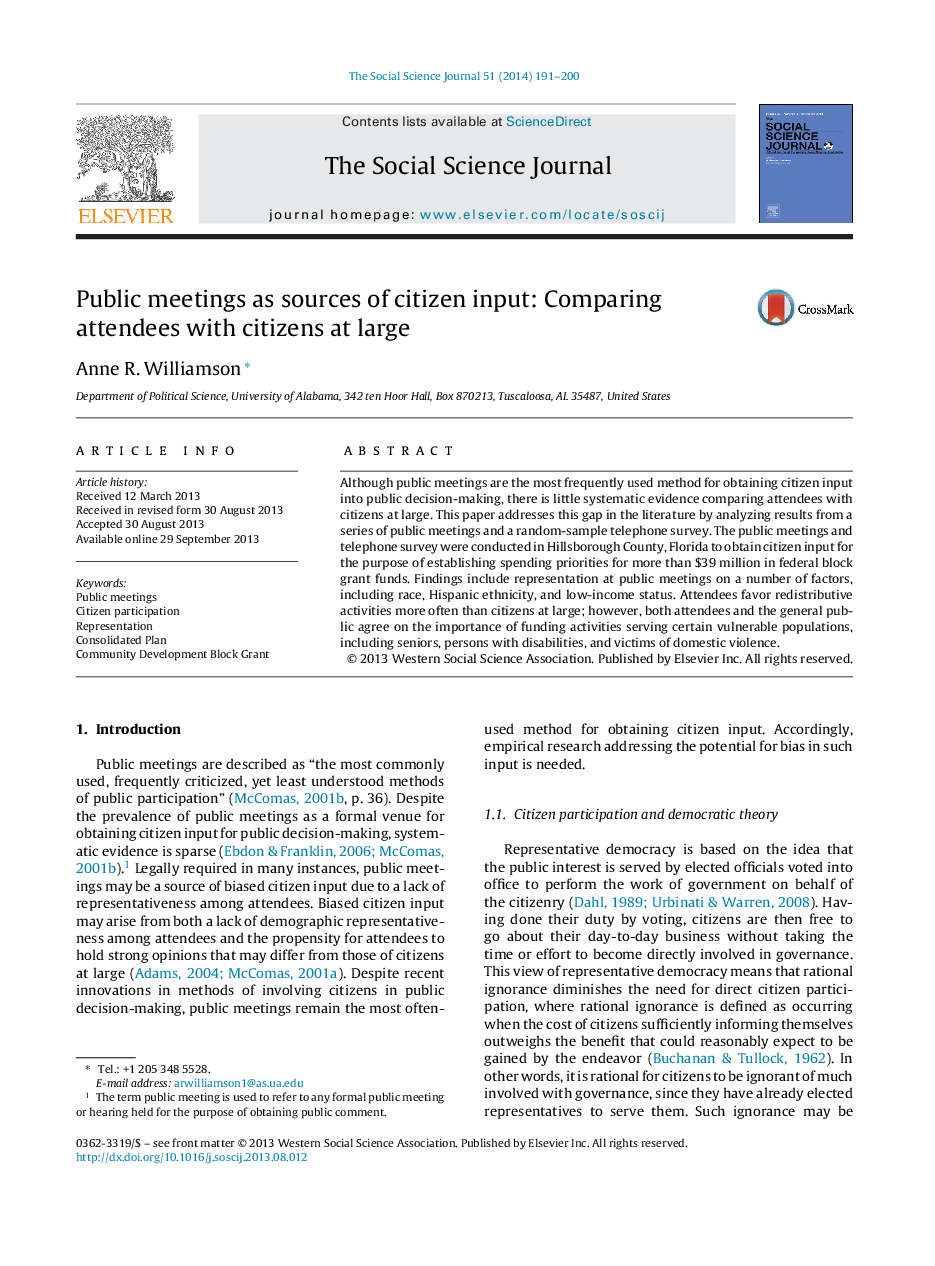 Although public meetings are the most frequently used method for obtaining citizen input into public decision-making, there is little systematic evidence comparing attendees with citizens at large. This paper addresses this gap in the literature by analyzing results from a series of public meetings and a random-sample telephone survey. The public meetings and telephone survey were conducted in Hillsborough County, Florida to obtain citizen input for the purpose of establishing spending priorities for more than $39 million in federal block grant funds. Findings include representation at public meetings on a number of factors, including race, Hispanic ethnicity, and low-income status. Attendees favor redistributive activities more often than citizens at large; however, both attendees and the general public agree on the importance of funding activities serving certain vulnerable populations, including seniors, persons with disabilities, and victims of domestic violence.