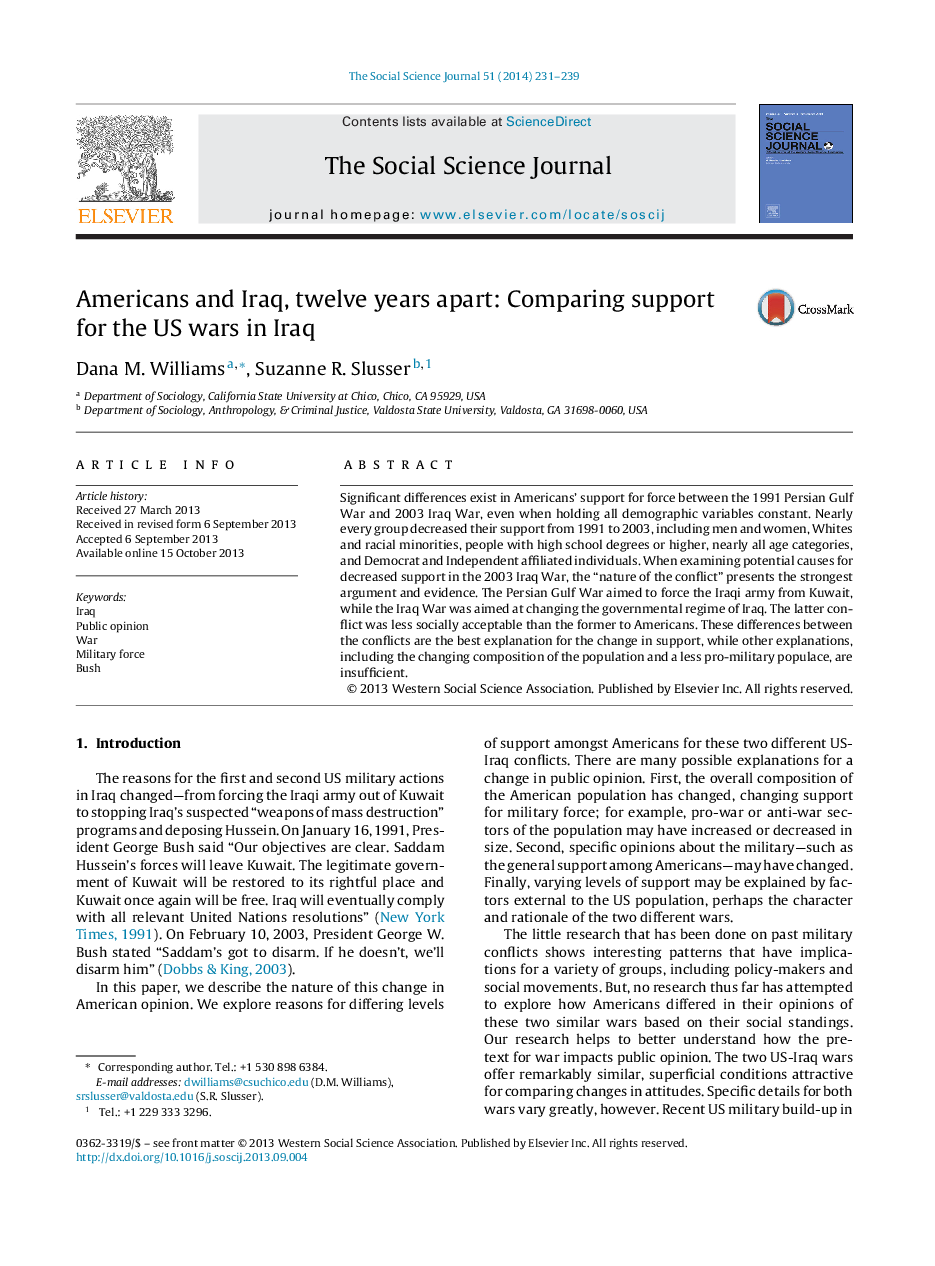 • Support for US military intervention in Iraq declined from Persian Gulf War in 1991 to the Iraq War in 2003.
• Decline in support was independent of the composition of the American population.
• Most groups reduced support for the Iraq War, even those who were more supportive of war: Whites, males, and those with associates degrees.
• Declining support is not explained by diminished militarism amongst Americans.

Significant differences exist in Americans’ support for force between the 1991 Persian Gulf War and 2003 Iraq War, even when holding all demographic variables constant. Nearly every group decreased their support from 1991 to 2003, including men and women, Whites and racial minorities, people with high school degrees or higher, nearly all age categories, and Democrat and Independent affiliated individuals. When examining potential causes for decreased support in the 2003 Iraq War, the “nature of the conflict” presents the strongest argument and evidence. The Persian Gulf War aimed to force the Iraqi army from Kuwait, while the Iraq War was aimed at changing the governmental regime of Iraq. The latter conflict was less socially acceptable than the former to Americans. These differences between the conflicts are the best explanation for the change in support, while other explanations, including the changing composition of the population and a less pro-military populace, are insufficient.