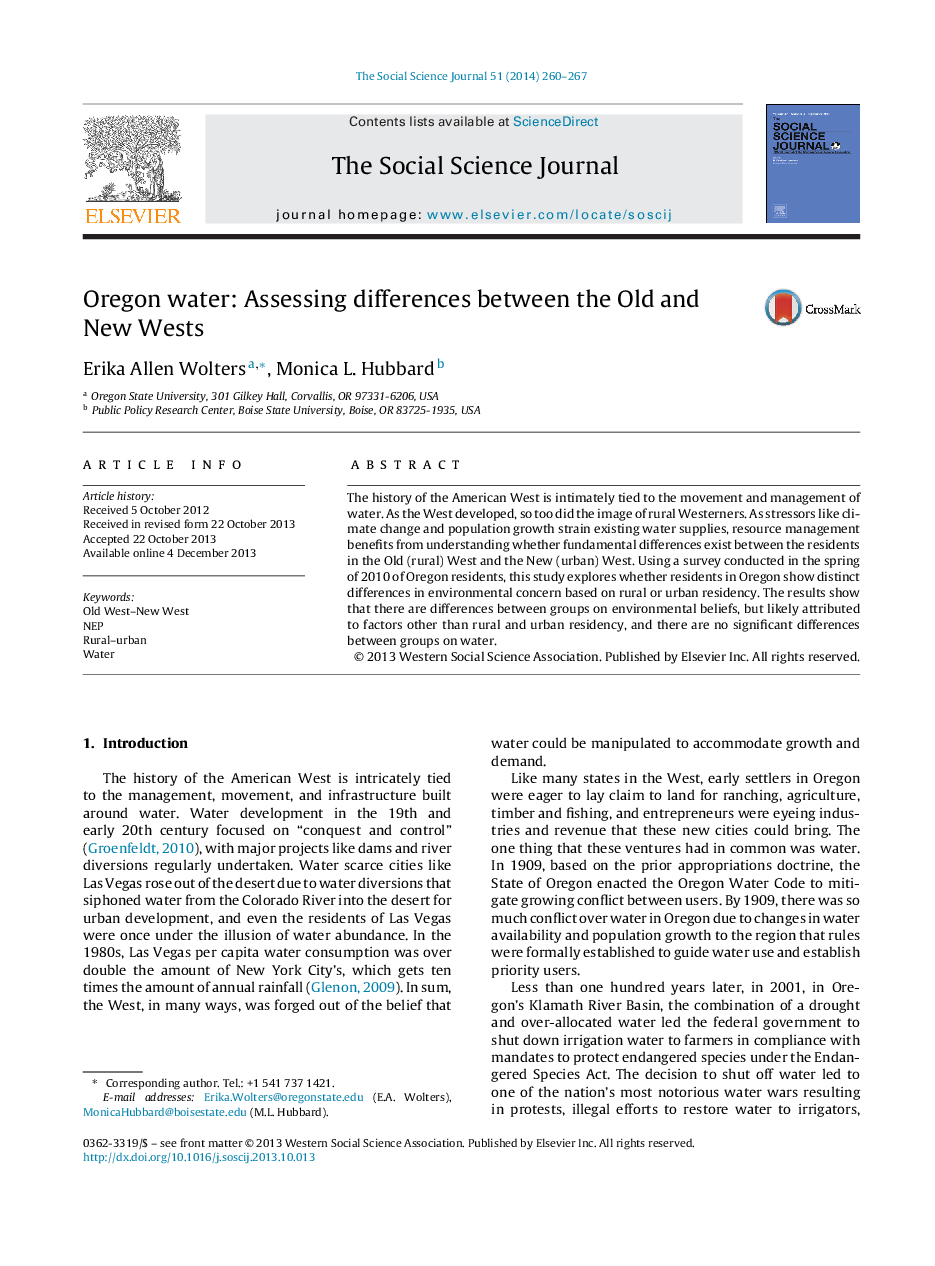 • Urban New West residents are more biocentric than Rural Old West residents, but both fall along the moderately bicoentric end of the scale.
• The differences between rural and urban residents on self-purported informed about water issues, and concern about water scarcity could impact their lives is minimal and not significant.
• Political ideology and gender are the only two significant predictors of Oregonian's environmental values, with ideology being the strongest.

The history of the American West is intimately tied to the movement and management of water. As the West developed, so too did the image of rural Westerners. As stressors like climate change and population growth strain existing water supplies, resource management benefits from understanding whether fundamental differences exist between the residents in the Old (rural) West and the New (urban) West. Using a survey conducted in the spring of 2010 of Oregon residents, this study explores whether residents in Oregon show distinct differences in environmental concern based on rural or urban residency. The results show that there are differences between groups on environmental beliefs, but likely attributed to factors other than rural and urban residency, and there are no significant differences between groups on water.