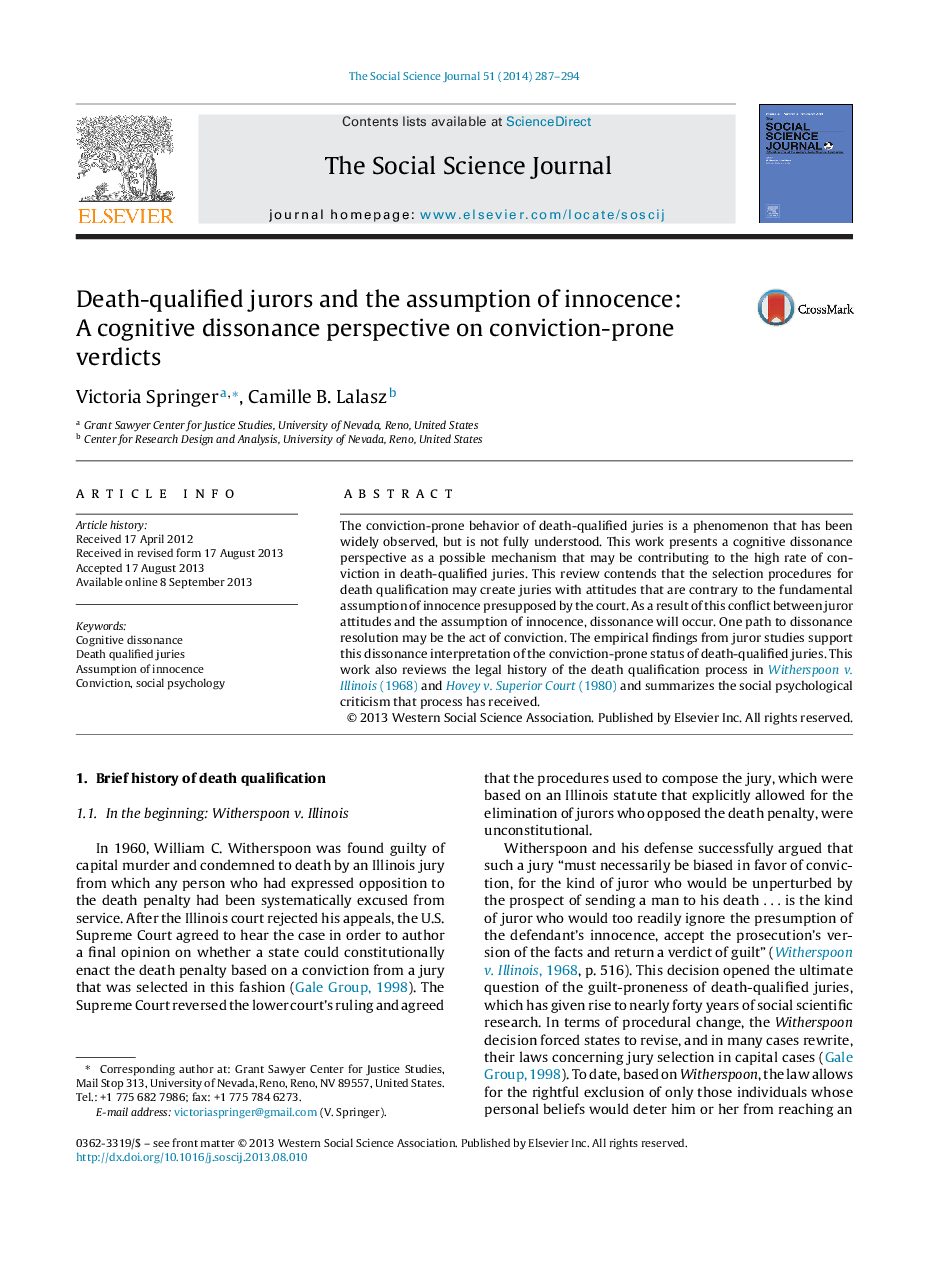 The conviction-prone behavior of death-qualified juries is a phenomenon that has been widely observed, but is not fully understood. This work presents a cognitive dissonance perspective as a possible mechanism that may be contributing to the high rate of conviction in death-qualified juries. This review contends that the selection procedures for death qualification may create juries with attitudes that are contrary to the fundamental assumption of innocence presupposed by the court. As a result of this conflict between juror attitudes and the assumption of innocence, dissonance will occur. One path to dissonance resolution may be the act of conviction. The empirical findings from juror studies support this dissonance interpretation of the conviction-prone status of death-qualified juries. This work also reviews the legal history of the death qualification process in Witherspoon v. Illinois (1968) and Hovey v. Superior Court (1980) and summarizes the social psychological criticism that process has received.