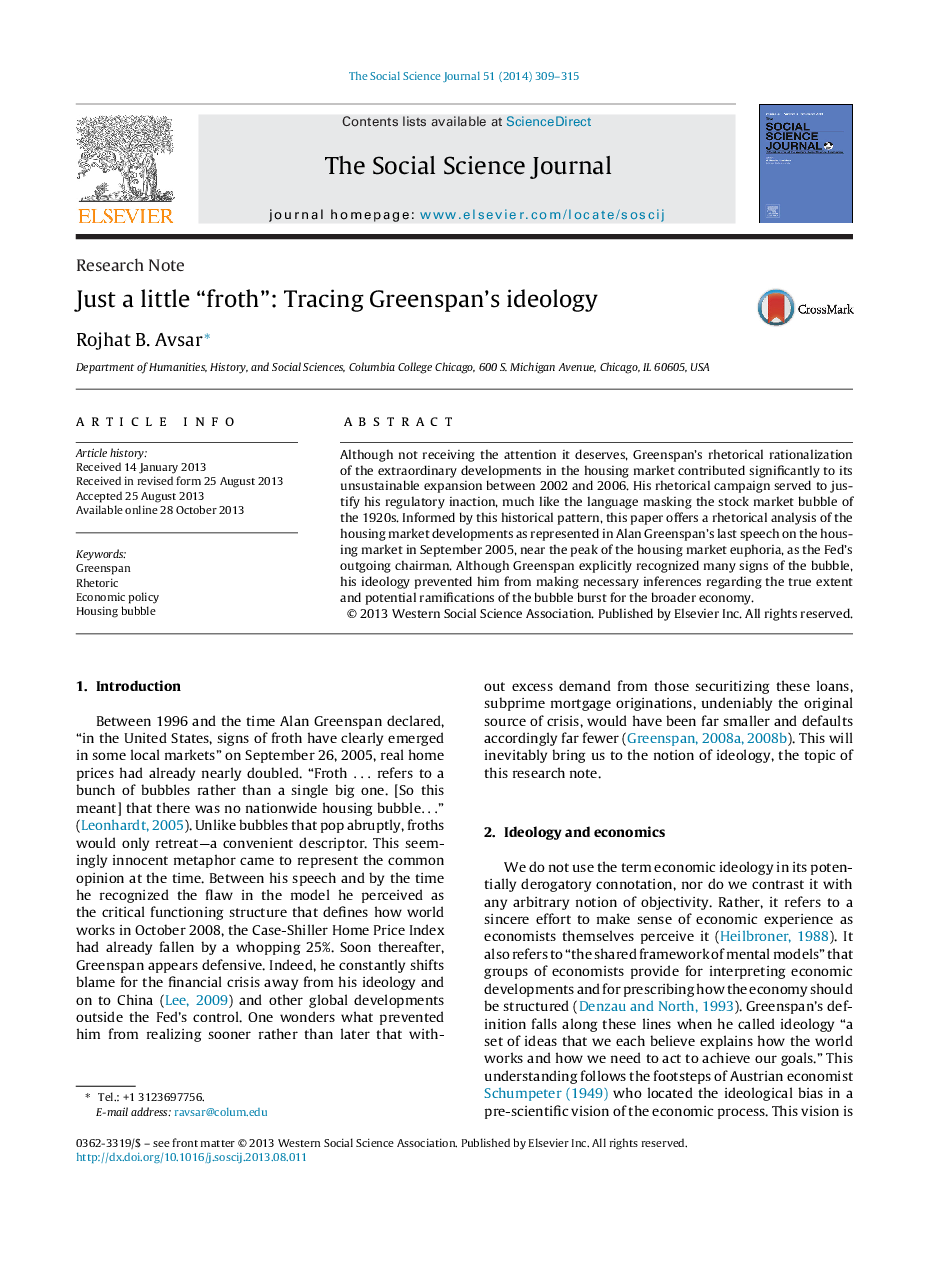 • This note investigates how Alan Greenspan justified his hands-off central banking during the months leading up to the housing bust.
• We exemplified the impact of ideology on policy decisions.
• We argue that it is the responsibility of economists to challenge the official narrative, the basis of public expectations.

Although not receiving the attention it deserves, Greenspan's rhetorical rationalization of the extraordinary developments in the housing market contributed significantly to its unsustainable expansion between 2002 and 2006. His rhetorical campaign served to justify his regulatory inaction, much like the language masking the stock market bubble of the 1920s. Informed by this historical pattern, this paper offers a rhetorical analysis of the housing market developments as represented in Alan Greenspan's last speech on the housing market in September 2005, near the peak of the housing market euphoria, as the Fed's outgoing chairman. Although Greenspan explicitly recognized many signs of the bubble, his ideology prevented him from making necessary inferences regarding the true extent and potential ramifications of the bubble burst for the broader economy.