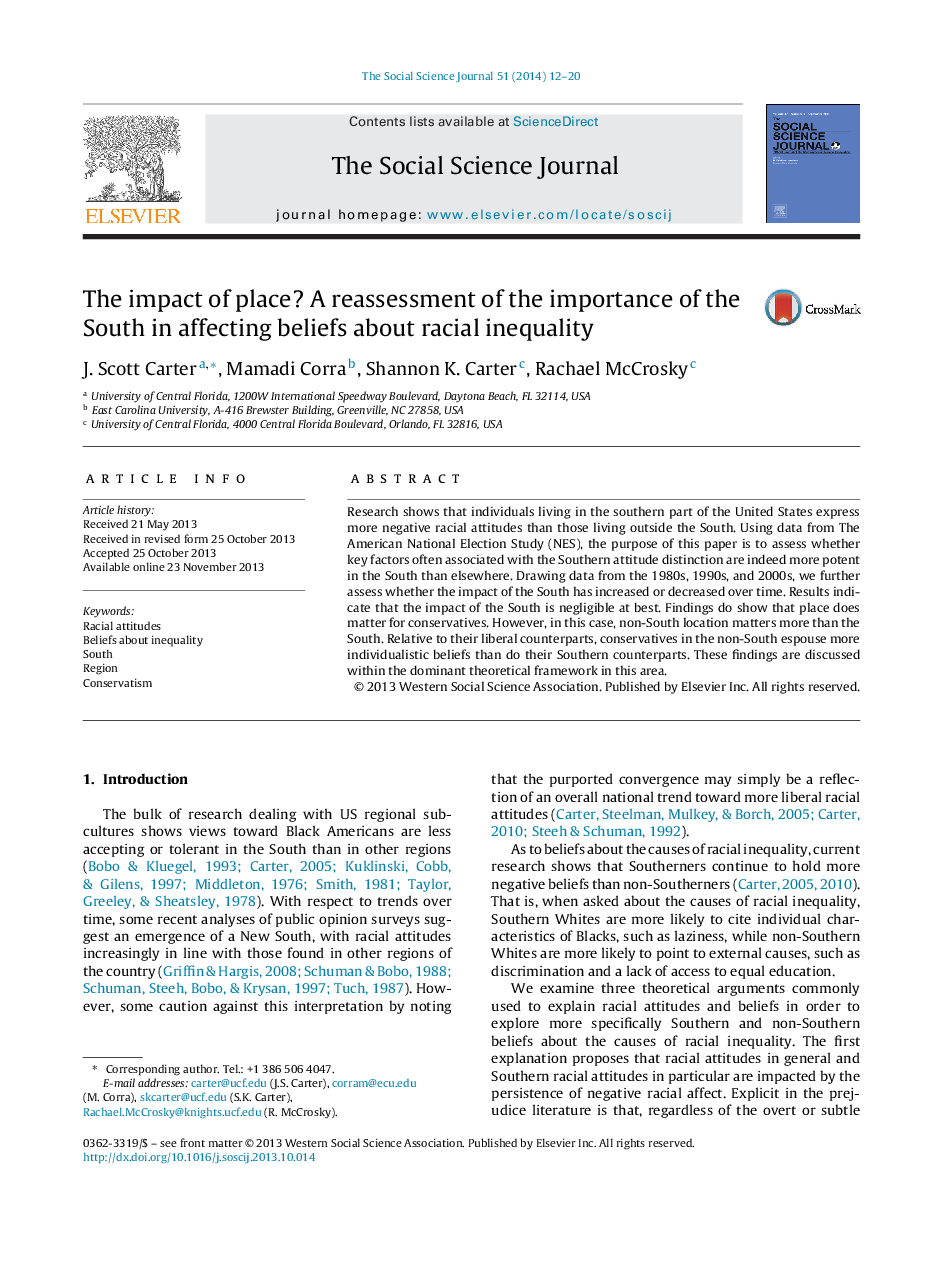 Research shows that individuals living in the southern part of the United States express more negative racial attitudes than those living outside the South. Using data from The American National Election Study (NES), the purpose of this paper is to assess whether key factors often associated with the Southern attitude distinction are indeed more potent in the South than elsewhere. Drawing data from the 1980s, 1990s, and 2000s, we further assess whether the impact of the South has increased or decreased over time. Results indicate that the impact of the South is negligible at best. Findings do show that place does matter for conservatives. However, in this case, non-South location matters more than the South. Relative to their liberal counterparts, conservatives in the non-South espouse more individualistic beliefs than do their Southern counterparts. These findings are discussed within the dominant theoretical framework in this area.