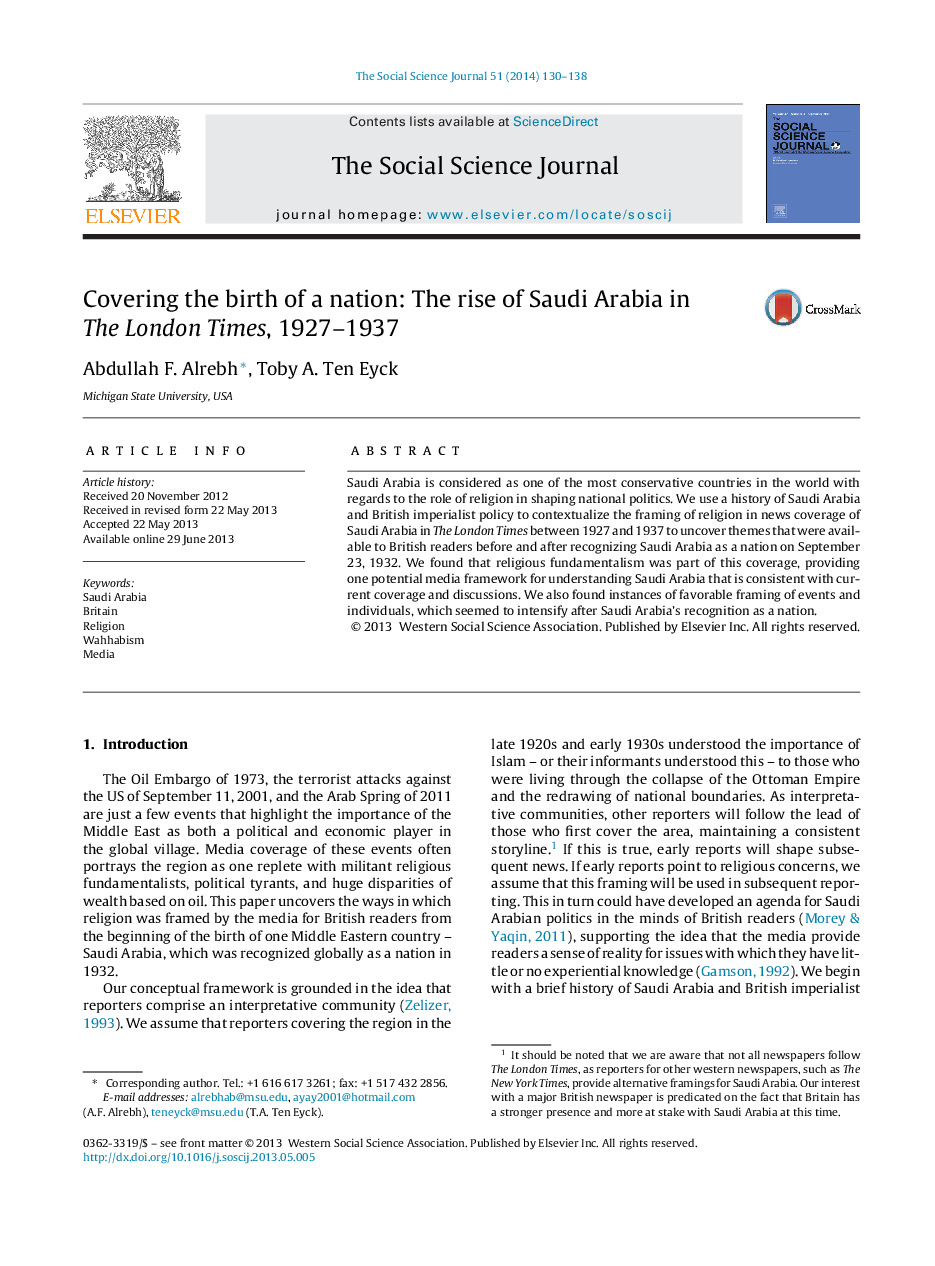 • Identifying the state as “Wahhabi” showed recognition of this particular group.
• Ibn Saud tended to avoid any sectarian title for himself or his state in order to maintain his grip over the largest Muslim sect.
• The idea of building an empire ruled by a family under the Islamic title “Caliphate” fits with the Saudi family.
• British press coverage at the time did point to a number of different aspects of the country from various angles.
• Coverage in The London Times must be understood within all of these contexts.

Saudi Arabia is considered as one of the most conservative countries in the world with regards to the role of religion in shaping national politics. We use a history of Saudi Arabia and British imperialist policy to contextualize the framing of religion in news coverage of Saudi Arabia in The London Times between 1927 and 1937 to uncover themes that were available to British readers before and after recognizing Saudi Arabia as a nation on September 23, 1932. We found that religious fundamentalism was part of this coverage, providing one potential media framework for understanding Saudi Arabia that is consistent with current coverage and discussions. We also found instances of favorable framing of events and individuals, which seemed to intensify after Saudi Arabia's recognition as a nation.