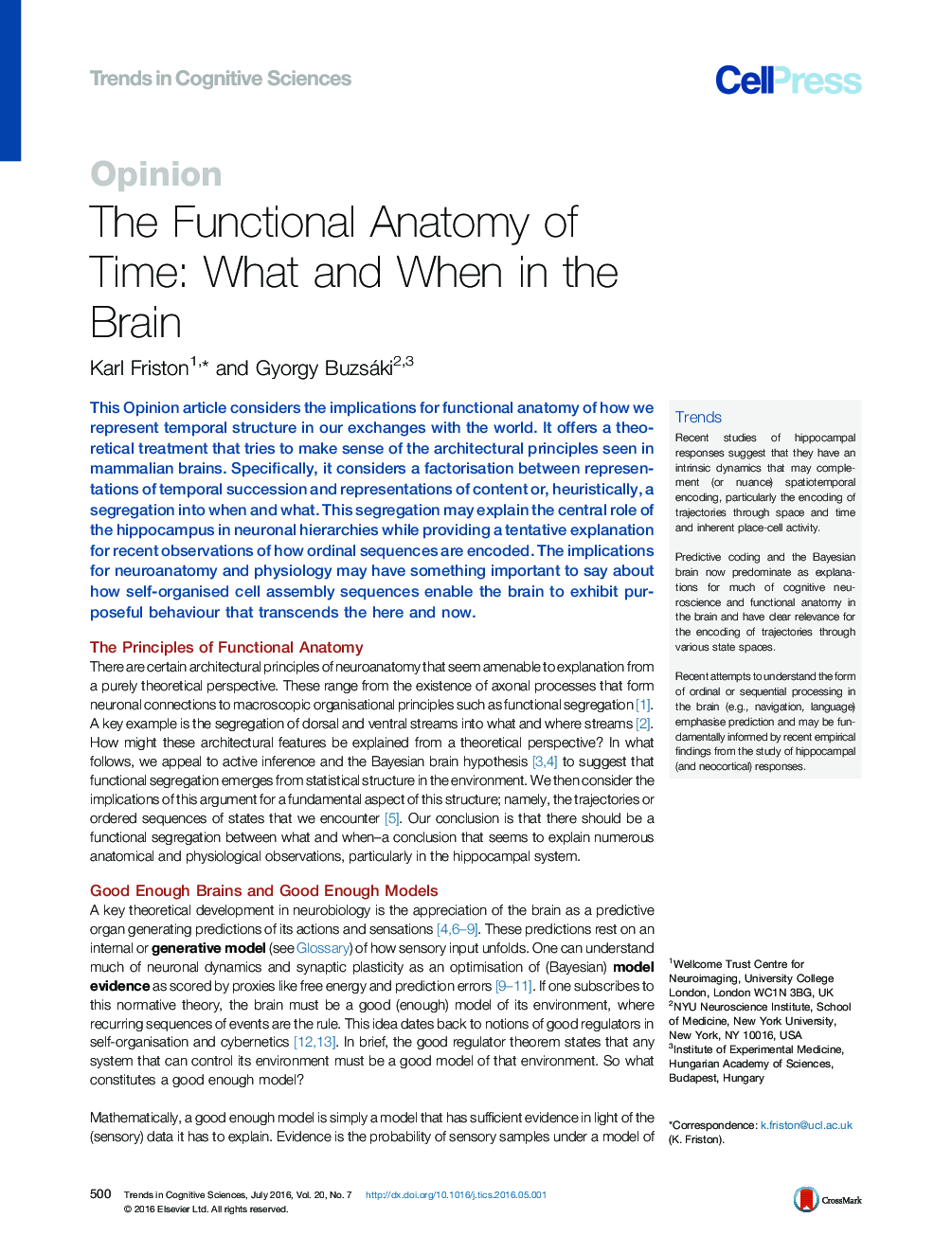 This Opinion article considers the implications for functional anatomy of how we represent temporal structure in our exchanges with the world. It offers a theoretical treatment that tries to make sense of the architectural principles seen in mammalian brains. Specifically, it considers a factorisation between representations of temporal succession and representations of content or, heuristically, a segregation into when and what. This segregation may explain the central role of the hippocampus in neuronal hierarchies while providing a tentative explanation for recent observations of how ordinal sequences are encoded. The implications for neuroanatomy and physiology may have something important to say about how self-organised cell assembly sequences enable the brain to exhibit purposeful behaviour that transcends the here and now.

TrendsRecent studies of hippocampal responses suggest that they have an intrinsic dynamics that may complement (or nuance) spatiotemporal encoding, particularly the encoding of trajectories through space and time and inherent place-cell activity.Predictive coding and the Bayesian brain now predominate as explanations for much of cognitive neuroscience and functional anatomy in the brain and have clear relevance for the encoding of trajectories through various state spaces.Recent attempts to understand the form of ordinal or sequential processing in the brain (e.g., navigation, language) emphasise prediction and may be fundamentally informed by recent empirical findings from the study of hippocampal (and neocortical) responses.