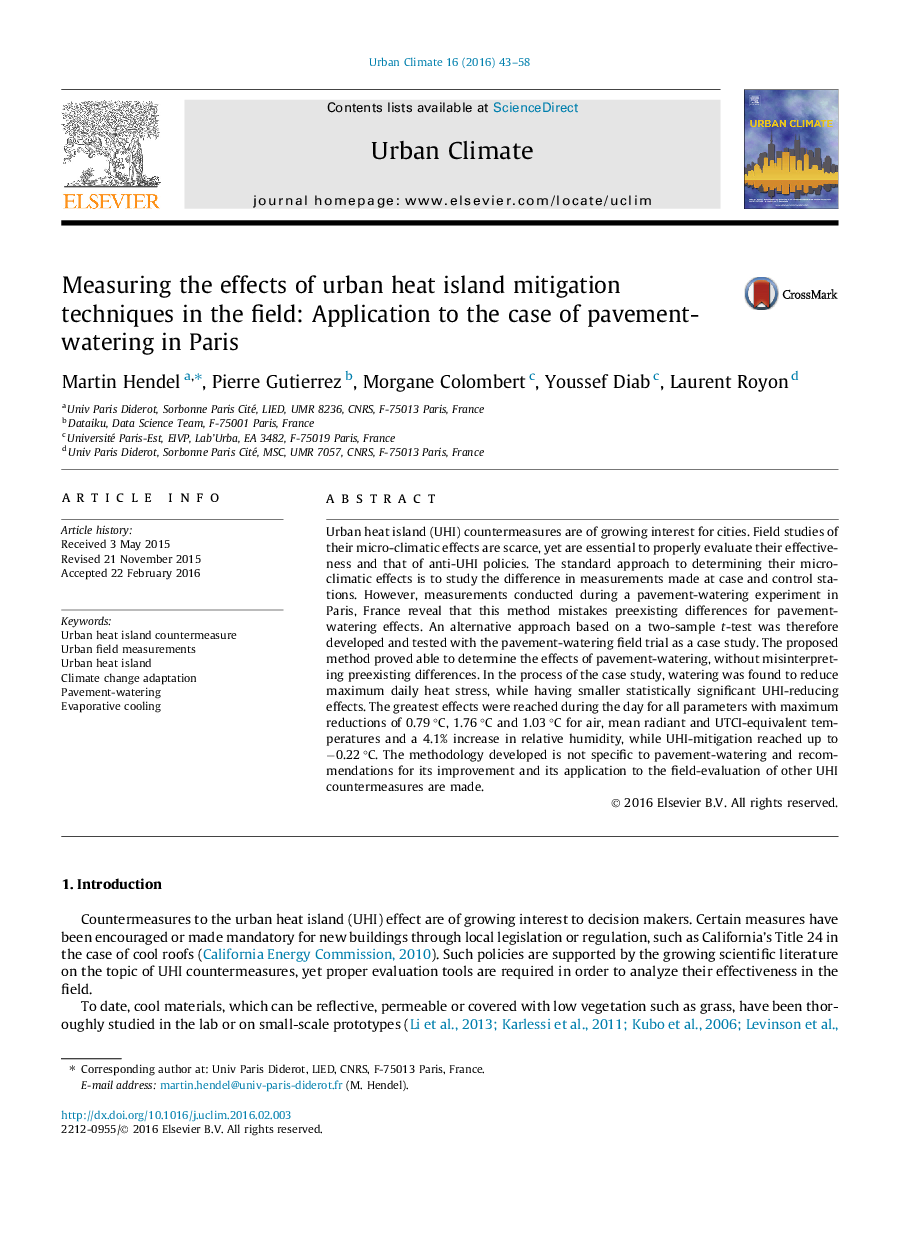 • A new method to quantify the field effects of UHI countermeasures is proposed.
• The method successfully accounts for pre-existing differences between instrumented sites to determine cooling effects.
• Using this approach, pavement-watering was found to have statistically significant cooling effects.
• Maximum effects occurred during the day and reached up to −1.5 °C UTCI, while UHI intensity reduction reached up to 0.22 °C.

Urban heat island (UHI) countermeasures are of growing interest for cities. Field studies of their micro-climatic effects are scarce, yet are essential to properly evaluate their effectiveness and that of anti-UHI policies. The standard approach to determining their micro-climatic effects is to study the difference in measurements made at case and control stations. However, measurements conducted during a pavement-watering experiment in Paris, France reveal that this method mistakes preexisting differences for pavement-watering effects. An alternative approach based on a two-sample t-test was therefore developed and tested with the pavement-watering field trial as a case study. The proposed method proved able to determine the effects of pavement-watering, without misinterpreting preexisting differences. In the process of the case study, watering was found to reduce maximum daily heat stress, while having smaller statistically significant UHI-reducing effects. The greatest effects were reached during the day for all parameters with maximum reductions of 0.79 °C, 1.76 °C and 1.03 °C for air, mean radiant and UTCI-equivalent temperatures and a 4.1% increase in relative humidity, while UHI-mitigation reached up to −0.22 °C. The methodology developed is not specific to pavement-watering and recommendations for its improvement and its application to the field-evaluation of other UHI countermeasures are made.