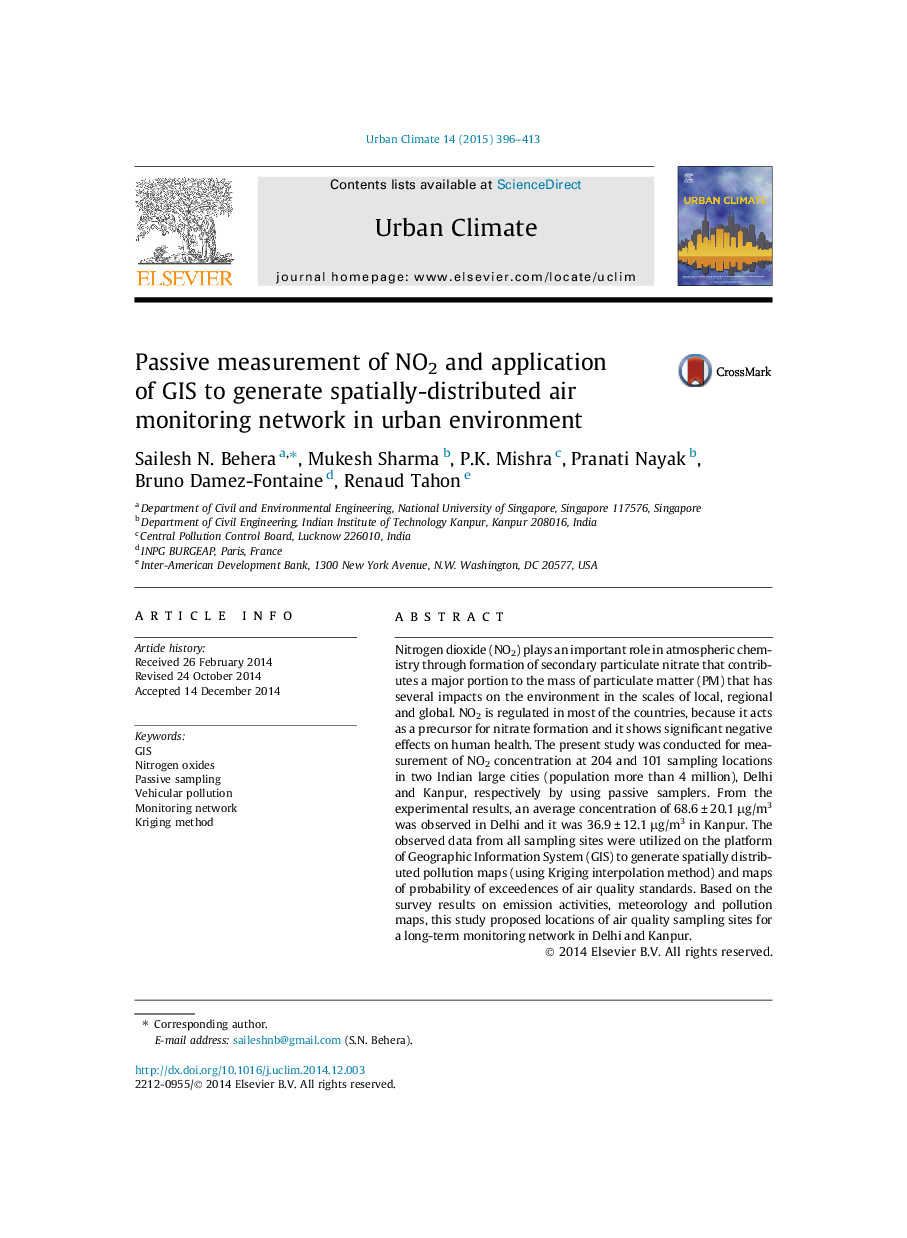 • NO2 measured at 204 and 101 locations in two Indian megacities by passive samplers.
• NO2 levels in Delhi and Kanpur were 68.6 ± 20.1 and 36.9 ± 11.1 μg/m3
• Air quality standards were exceeded in Delhi.
• Experimental data were translated into spatially-resolved pollution surfaces on GIS.
• Proposal on location of air quality sampling sites for long-term monitoring network.

Nitrogen dioxide (NO2) plays an important role in atmospheric chemistry through formation of secondary particulate nitrate that contributes a major portion to the mass of particulate matter (PM) that has several impacts on the environment in the scales of local, regional and global. NO2 is regulated in most of the countries, because it acts as a precursor for nitrate formation and it shows significant negative effects on human health. The present study was conducted for measurement of NO2 concentration at 204 and 101 sampling locations in two Indian large cities (population more than 4 million), Delhi and Kanpur, respectively by using passive samplers. From the experimental results, an average concentration of 68.6 ± 20.1 μg/m3 was observed in Delhi and it was 36.9 ± 12.1 μg/m3 in Kanpur. The observed data from all sampling sites were utilized on the platform of Geographic Information System (GIS) to generate spatially distributed pollution maps (using Kriging interpolation method) and maps of probability of exceedences of air quality standards. Based on the survey results on emission activities, meteorology and pollution maps, this study proposed locations of air quality sampling sites for a long-term monitoring network in Delhi and Kanpur.