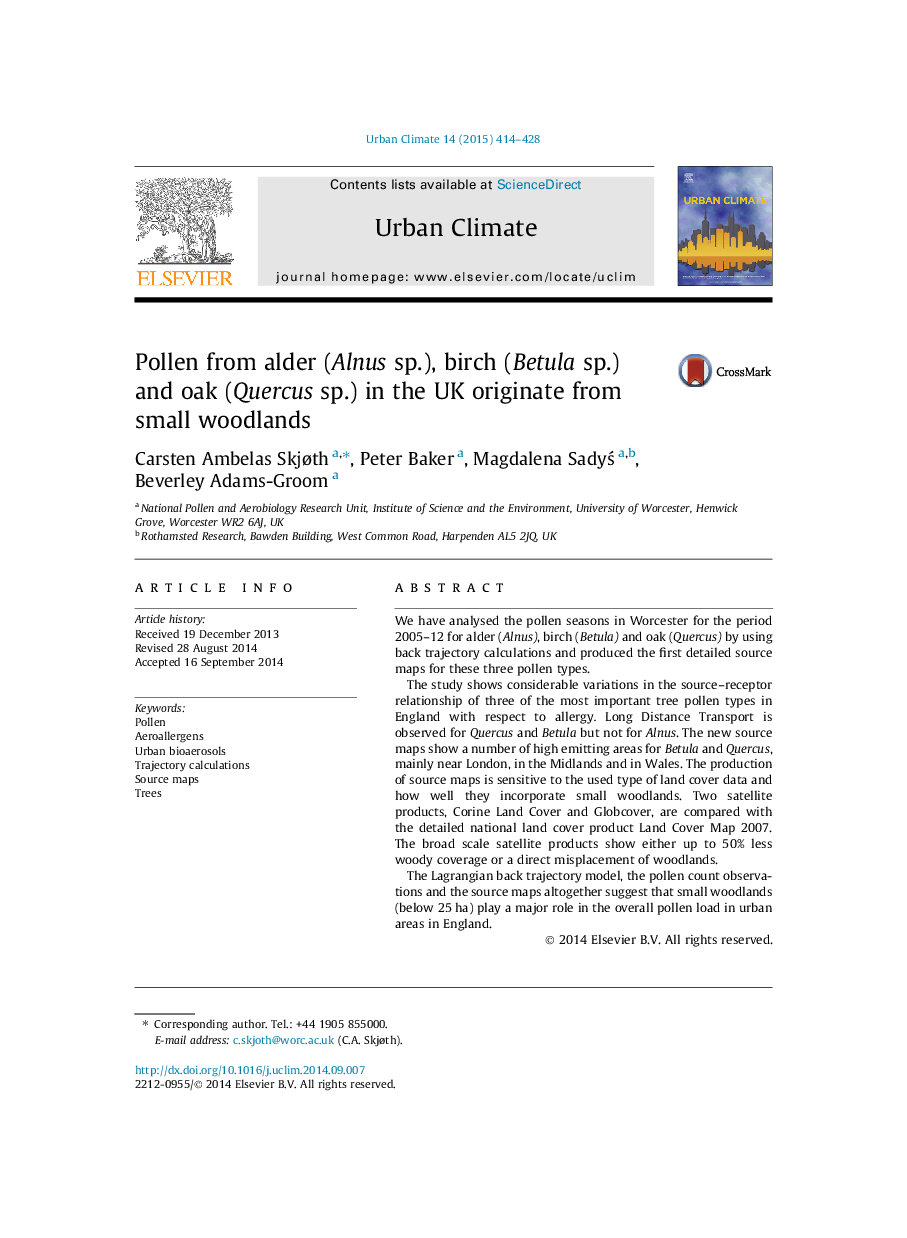 • Source receptor study on pollen from alder, birch and oak.
• Unique source maps for the UK shows small woodlands are a major source to pollen.
• Only birch and oak show major Long Distance Transport potential.
• Birches and oaks outnumber alders up to a factor of 17.
• Overall pollen concentrations a factor of 3 higher for birches/oak compared to alder.

We have analysed the pollen seasons in Worcester for the period 2005–12 for alder (Alnus), birch (Betula) and oak (Quercus) by using back trajectory calculations and produced the first detailed source maps for these three pollen types.The study shows considerable variations in the source–receptor relationship of three of the most important tree pollen types in England with respect to allergy. Long Distance Transport is observed for Quercus and Betula but not for Alnus. The new source maps show a number of high emitting areas for Betula and Quercus, mainly near London, in the Midlands and in Wales. The production of source maps is sensitive to the used type of land cover data and how well they incorporate small woodlands. Two satellite products, Corine Land Cover and Globcover, are compared with the detailed national land cover product Land Cover Map 2007. The broad scale satellite products show either up to 50% less woody coverage or a direct misplacement of woodlands.The Lagrangian back trajectory model, the pollen count observations and the source maps altogether suggest that small woodlands (below 25 ha) play a major role in the overall pollen load in urban areas in England.